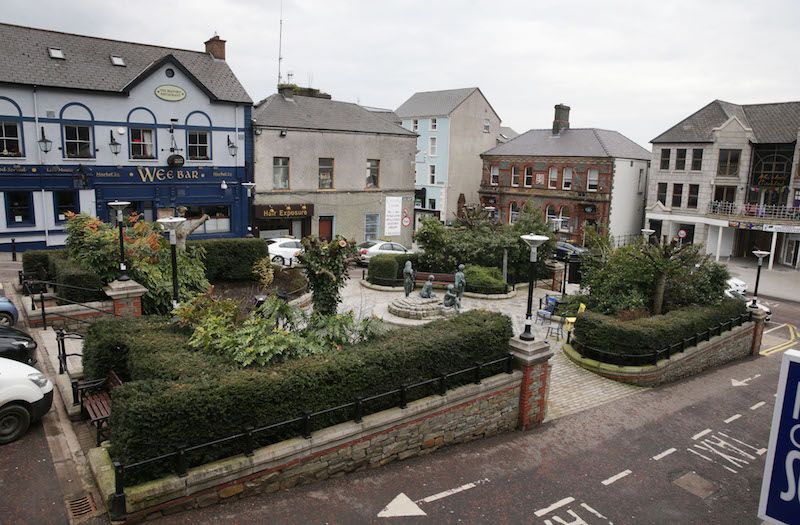 Concern as Covid “Peaceful Assembly’ to go ahead in Letterkenny

ORGANISERS of what has been described as a ‘peaceful assembly’ in Letterkenny on Saturday say their event will proceed as planned.

From midnight tonight, Donegal moves into Level 3 of the Living With Covid framework. Among the restrictions that will be in place is a limit on crowds at mass gatherings.

However, an event entitled ‘Peaceful Assembly – United for Truth – Standing for Freedom’ has been organised for this weekend and will take place at the Market Square on Saturday afternoon.

A group calling itself ‘Time for Truth Donegal/Derry’ has over 1,500 members on Facebook and is behind the event.

It is believed that busses have been organised to transport people to Letterkenny from places like Derry and Buncrana.

“The gathering of people in Letterkenny this Saturday the 26th is a ‘Peaceful Assembly’ and is protected under the Irish Constitution,” a group member said in a post.

“This gathering is not an event. Peaceful assembly is our God given right to assemble unrestricted.”

One local businessman expressed frustration. He said: “My doors will be closed from midnight for three weeks to comply with the new measures from the government, but a few hundred yards away a day later there will be a gathering like this. It’s very frustrating for my staff and I, who are facing another period of real uncertainty.”

“I think this is simply irresponsible as do the majority of people in our country who are right now very concerned for loved ones and their wellbeing,” Cllr Mac Giolla Easbuig said.

“However, in the current climate I do not think that mass gatherings are a good idea.

“I have made contact with the organisers asking that they be responsible and to show respect to all frontline workers.

“These people are suggesting that we should not wear masks and as far as I know they will not be wearing masks when they meet.

“The reality is that they will be putting other people’s health at risk by doing this.

“I am calling on them to abandon their plans and to think of others, especially the old and vulnerable in our society,” he said.

He added that the belief of these people to think that Covid is a worldwide conspiracy which is connected to vaccinations and G5 is ‘laughable’.

A spokesperson for An Garda Síochána told Donegal Daily: “Yesterday, the Government on the advice on NPHET announced increased public health measures that are being applied to stop the spread of Covid 19 in Co Donegal commencing at midnight on Friday 25th September.

“The Department of health are the lead agency for Covid 19 related regulations and public health guidelines. An Garda Síochána will provide further information when it is appropriate to do so.

“The COVID-19 Pandemic remains a public health crisis and An Garda Síochána continues to appeal to all citizens to comply with Public Health Guidelines and Regulations in order to continue to save lives.”

Concern as Covid “Peaceful Assembly’ to go ahead in Letterkenny was last modified: September 26th, 2020 by Chris McNulty