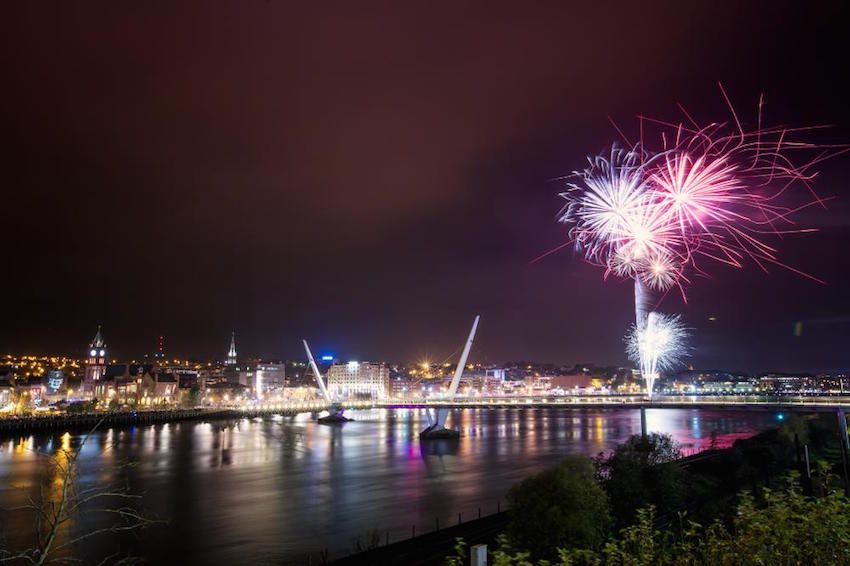 Plans to hold Halloween firework displays in Derry have been scrapped to help curb the Coronavirus surge in the north west.

Derry City and Strabane District Council (DCSDC) announced in June the annual Halloween festival would not go ahead because of the pandemic.

Revised plans included a number of smaller firework displays in the city.

Those plans have now been cancelled to prevent public gatherings in the city, the council said.

Derry’s Halloween festival usually draws thousands to the city, including from across Donegal and is billed as the biggest Halloween party in Europe.

In 2015, the city was named “best Halloween destination in the world” by a USA Today readers’ poll.

A number of planned online Halloween events will go ahead this year, the council confirmed.

There have been 1,030 confirmed cases in the Derry City and Strabane District Council area – 487 diagnosed in the past seven days.

On Wednesday, Health Minister Robin Swann said additional restrictions are “inevitable” in the area to tackle the recent rise in COVID-19 cases.