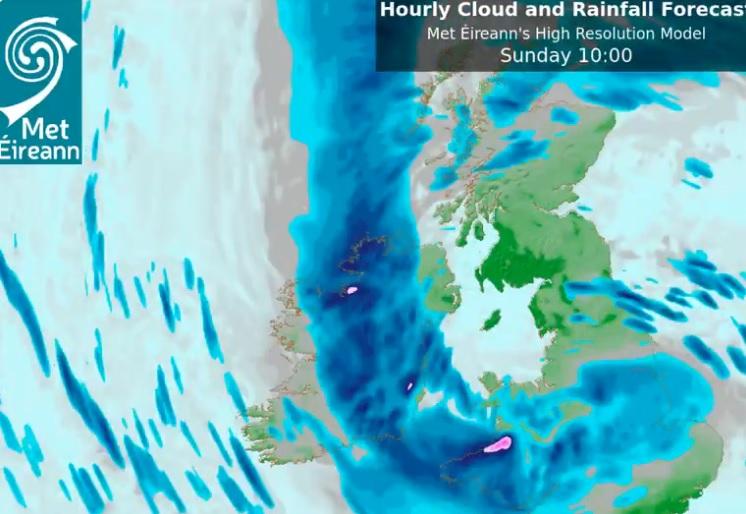 Weather warnings issued as Donegal set for a stormy Sunday

DONEGAL is set to be lashed by heavy wind and rain all through Sunday and Met Eireann have issued two yellow alerts covering the county.

Northwest winds are set to strengthen significantly and gusts up to 100km/h are being forecast while heavy rainfall, with totals of up to 40mm, are expected.

A status yellow wind warning was issued this morning for Donegal, Mayo and Sligo for Sunday.

The warning is valid from 6am to 9pm on Sunday.

A Met Eireann forecaster said: “Northwest winds strengthening on Sunday with mean wind speeds of 50 to 65 km/h and gusts of 90 to 100 km/h.”

A status yellow rainfall warning has also been issued for eleven counties, including Donegal, and is valid from 7am to 11pm on Sunday.

A forecaster said: “Heavy and persistent rainfall on Sunday with totals of 25 to 40mm expected, higher totals over mountainous areas. This may result in some rivers flooding as well as surface flooding.”