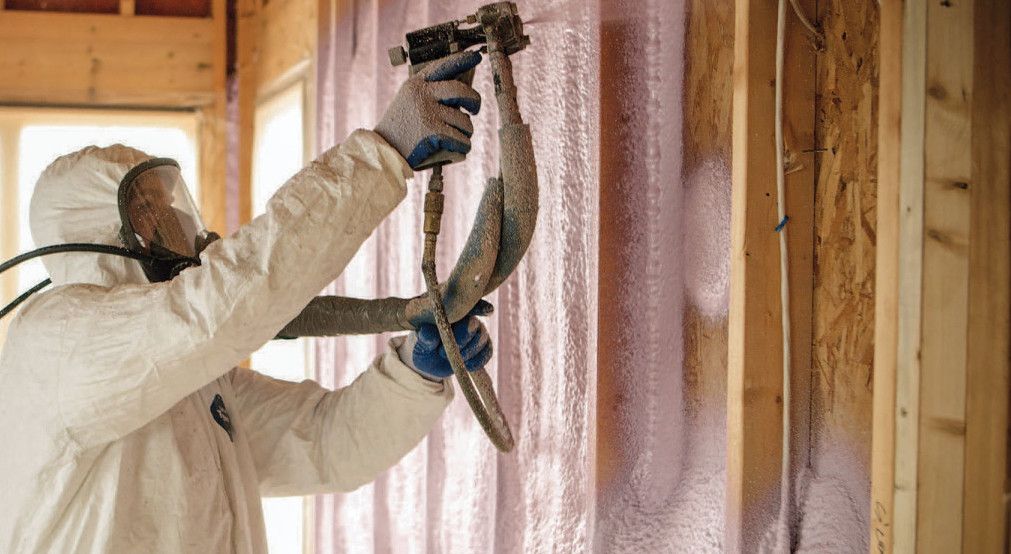 A West Donegal man has told how he had to move his family into a mobile home claiming their dream home was filled with fumes and toxic chemicals after foam insulation was out into it.

However, Patrick Duffy has agreed before the High Court that an air quality investigation months later found there was no problem with the house air quality.

Mr Duffy said the air quality six months afterwards at his home in Annagry was “fine” but he said he “was not going to take that risk again”.

Mr Duffy, his wife Anita and their young daughter moved to a relative’s holiday home after the insulation was installed in their home four years ago and then moved to a mobile home where they still live.

Cross-examined by counsel for the insulation contractor John Paul Shortt SC, Mr Duffy agreed he had used the air quality report when they had sold the house and contents last year for €235,000. He said they had used the report which deemed the house habitable to give the purchaser peace of mind.

Counsel asked him why he didn’t move back into the house when he received the air quality report in August 2016 six months after the insulation was installed and which concluded there was no problem with air quality.

Mr Duffy replied: “There was the fear, we were made so sick. I am not going to take that chance with me or my family.”

Counsel put to him that reaction was over the top. Mr Duffy said he didn’t think so.

It was the second day of the action by Patrick Duffy (aged 45) of Meenderryowen, Annagry.

He has sued Brendan McGee trading as McGee Insulation Services, Largenreach, Downings, who was responsible for the installation and the application of spray foam insulation at the family home on February 18, 2016.

The spray foam insulation, it is claimed, was imported from outside the EU by GMS Insulations who supplied it to McGee Insulation.

It is claimed that Mr McGee reassured Mr Duffy that it was safe to remain in his home during the course of the installation process and immediately afterwards.

It is further claimed Mr Duffy was informed the product was entirely safe and did not give off any fumes and he was allegedly exposed to toxic chemicals.

The claims are denied by both defendants. Mr McGee further claims there was alleged contributory negligence on the part of Mr Duffy and claims Mr Duffy was advised to stay away from the house during the installation.

GMS Insulations contends if Mr Duffy did suffer injuries it bears no liability in law.

When the case was opened this week the court was told it was Mr Duffy’s case “a very noxious chemical” linked to the Bhopal disaster was allegedly used in spray foam insulation.

Mr Duffy has claimed he suffered damage to the airway tract and now coughs constantly and all three in the family became incredibly sensitised since to certain products.

He told the court his family “now live in a bubble” as they have become sensitised to other products and need to avoid other people.