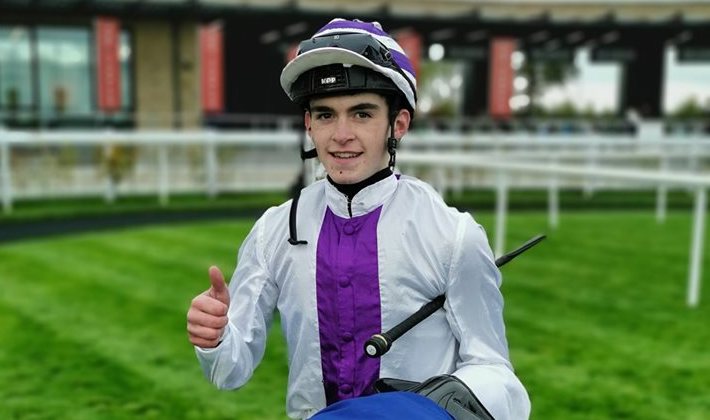 A TRIO of Donegal jockeys were celebrating wins today – with two big-priced winners among them.

McAteer had a 40/1 winner at Limerick with Harley taking a 20/1 win in York while Browne-McMonagle steered a 7/4 favourite to victory at Limerick.

McAteer sealed his 20th success of 2020 with a superb win on Royal Pippen in the LimerickRaces.ie Race.

On the 40/1 shot, McAteer was held up in the rear before making a move at the halfway mark. In the end, McAteer was one-and-a-half lengths clear of Comfort Line (8/1).

Harley took the David O’Meara-trained Gulliver to victory at York.

The Trentagh man had a superb win on the 20/1 chance and won the Coral Sprint Trophy Handicap by over two lengths.

The 9/2 favourite Tranchee was second.

The Letterkenny teenager was a comfortable winner, with almost five lengths to spare to the 100/30 Roundel.

Improved travelled superbly under Browne-McMonagle’s guidance and he marched on over the final furlong.

This was Browne-McMonagle’s 25th win of the year.