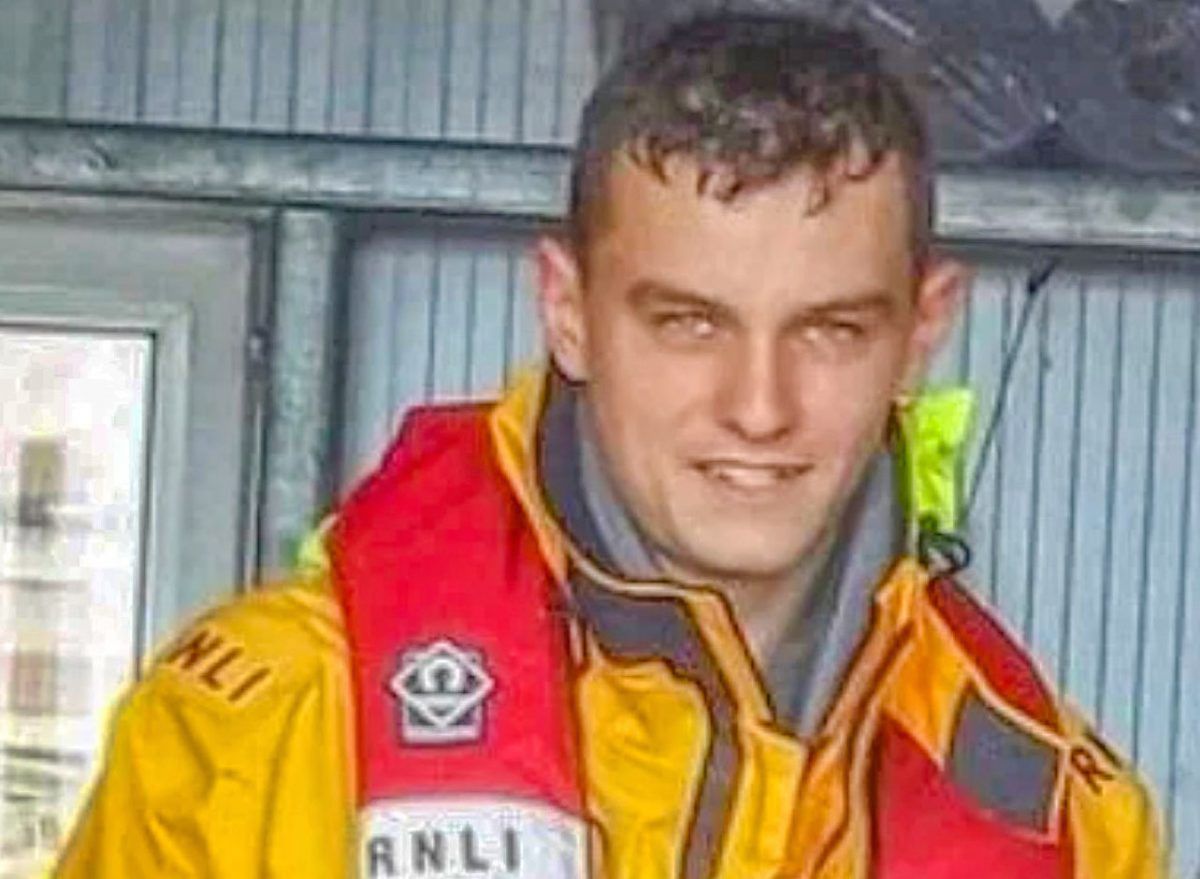 A friend of a man who drowned when his car went off a slipway on Arranmore Island told how he shouted desperately at his friend to get out of the car as it slipped beneath the icy waters.

26-year-old Leigh Early died after his car entered the water at Poolawaddy Arranmore in the early hours of November 17th last year.

The popular RNLI lifeboat member drowned after his car entered the icy waters.

An emotional Tim Donovan, who was a front seat passenger in the dead man’s Volkswagen Passat car, said he kept shouting at Leigh to get out.

“I kept shouting at him but there was no response.”

His deposition added that he “kept thinking that Leigh was going to get out of the car as he could swim.”

The witness said he had got out of the car door but could only watch helplessly as his friend’s car glided slowly into the water.

Mr Donovan told the court that he had Leigh Early had been drinking in a number of premises on the island and they had driven towards the pier after buying some carry-out drinks to finish off the night around 4.30 am.

A subsequent toxicology report on the dead man showed a blood alcohol reading of 326 mls which is over six times the legal limit.

Mr Donovan said the dead man’s car was just about 15 feet from the pier.

He later saw his friend getting CPR after he was taken from the car.

“I just could not believe that this was happening and was in shock.

“Leigh’s father Jimmy Early later said to me “You were one of his best friends and when he used the word ‘were’ then it sunk in.”

John McCafferty, a lifeboat colleague told the inquest of the repeated efforts he made to get Leigh’s car out of the water after an emergency call at 5.20 am and he brought Leigh’s dad Jimmy Early with him to the scene.

By then the car was 30 to 40 feet from the shore and was ten feet below the water.

The car was hauled ashore by a grappling hook and Leigh Early was found in the back seat of car and taken out after the back-window of the car was smashed with a hammer.

CPR was applied, but the deceased was unresponsive and was pronounced dead at 6.45 am.

“They worked on him for an hour but it was no good and I just cannot believe that he is dead, he was a lovely fellow.”

Dr O’Dowd said the deceased had consumed a lot of alcohol.

The doctor said there was a possibility that he could have passed out at the wheel and that might explain his lack of response.

The cause of death was due to drowning, the inquest heard.

Garda accident investigator Gerard McCauley said the airbags in the car did not go off as there was not a big enough impact.

The slipway, down which the car had been driven was in good condition and was not slippery and the car was in serviceable condition.

There was no speed and the car had entered the water slowly and the accident happened at 5.10 am.

The Early family raised questions around CCTV and electric windows, which the Coroner Dr Denis McCauley said would be looked into.

Dr McCauley said the evidence from the witnesses was “very upsetting.”

But he hoped that the explanations given would go some way to easing their pain.

He also noted that Leigh Early’s father Jimmy Early who has great experience of lifeboats was unwilling to let others go into the water and the Coroner “could not commend him enough for that.”

The Coroner recorded a verdict in line with the medical evidence.

Dr McCauley said the tragic incident could be classed as a misadventure as alcohol may have impacted on the dead man’s actions.

This was not a judgement.

He added that the community on Arranmore reacted very quickly and “everybody did their best to try and save Leigh but sadly it was not successful.”

He extended sympathy to the Early family as did Sergeant Fergus McGroary on behalf of the gardai.