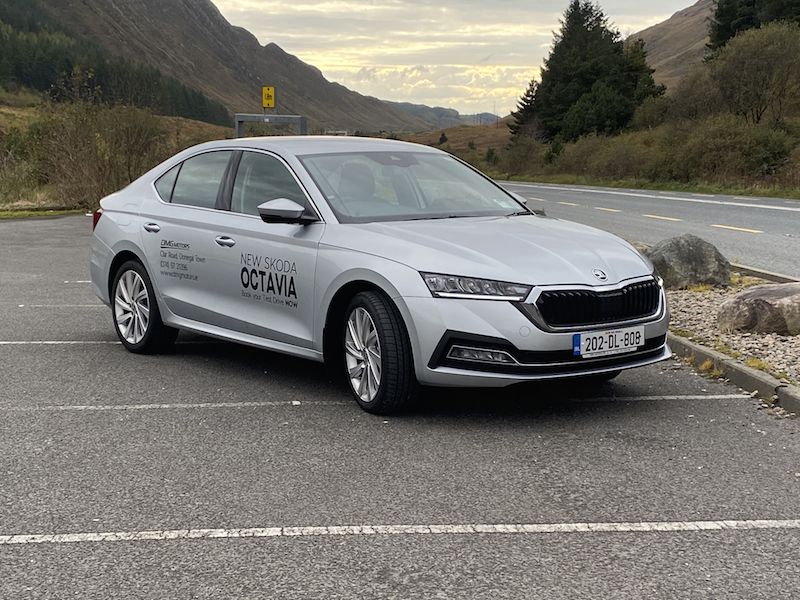 Just before this lockdown set in I got a chance to check out the all-new Octavia from Škoda at DMG motors in Donegal Town.

This latest generation of the Skoda Octavia was well worth the wait, just in looks alone as I collected the keys, pressed the button and this smart silver courtesy car unlocked itself at the front of the showroom outside Donegal town.

Maybe this is only me, but I had to check around me to see what this car’s bigger sister, the Superb, looked like because like all of these family cars that have been around for generations they have evolved and have become bigger over the years.

This thought was backed up as I headed through Barnesmore Gap when a 15-year-old Škoda Superb flew past me as I cruised along, and it looked even smaller than what the Octavia looks like in this newest generation.

I pulled in for a photo of the new Octavia with Biddy’s O Barnes as a backdrop on the old road. Like the Octavia, Biddies O Barnes has seen so many changes over the years. Soon I was on the road again heading through Barnesmore Gap looking out from a very comfortable driving position of this new Octavia. 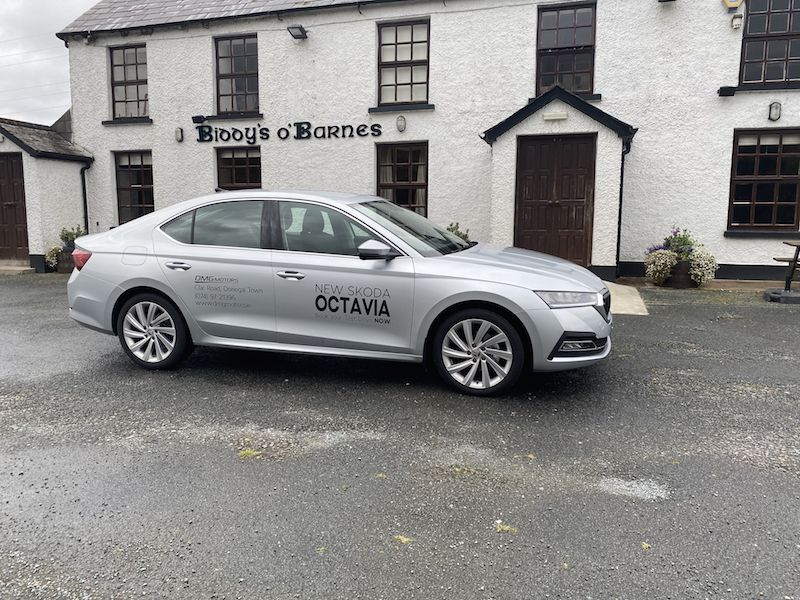 I have already driven the last model in the Octavia range with the very impressive petrol power unit, which is also available in this new car. Today, I’m driving the diesel version of the latest model, this has the two litre diesel, both engines are around the 120 BHP power mark which is more than enough to power this car along with ease. There are a few more powerful engines available with this all-new Škoda but it’s the 120BHP, probably in diesel for the moment anyway that will be the biggest seller.

The interior of this Škoda has a combination of style and functionality about it. The Octavia has always been about its functionality, always about its space both for passengers and about its massive boot. 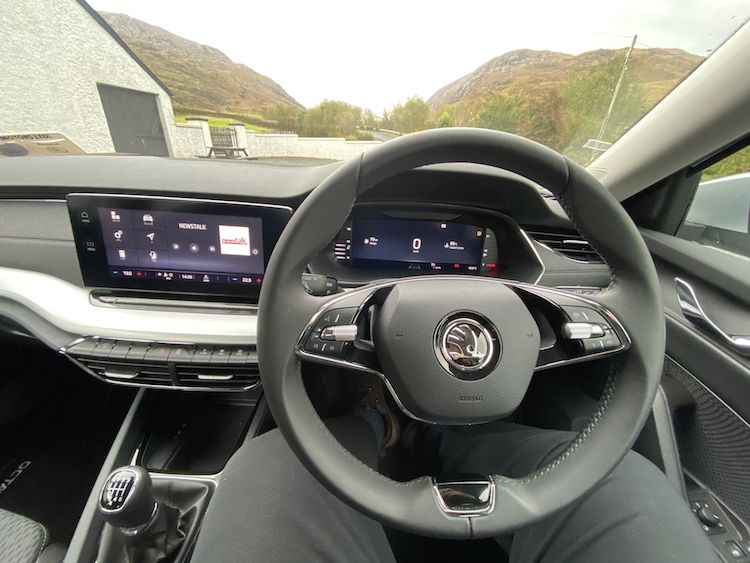 A view from the driver’s seat of the all new Skoda Octavia from DMG motors. Photo Brian McDaid.

Looking at the roof-lines of this car as it slopes down to the boot lid at the rear, it looks too good looking to imagine that it will still have its trademark boot. But open the tailgate and that massive boot is still there, and under that the spare wheel sits in place. 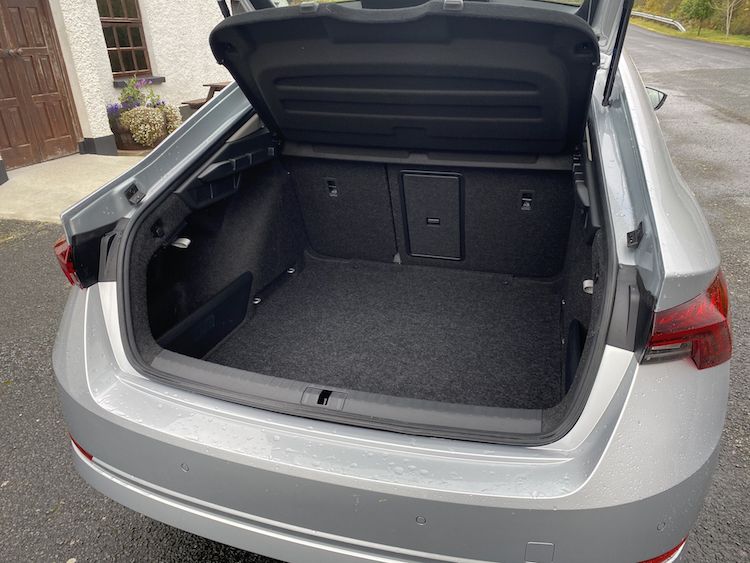 The massive boot on the Octavia still impressive in the new generation car. Photo Brian McDaid.

Škoda’s new two-spoke steering wheel is very different, with all the functions at the drivers two thumbs. This new leather stitched wheel looks like a three spoke with the bottom spoke removed.

At a glance, it reminds me of a very grown-up posh version of a two spoke steering wheel on a Škoda from a million years ago, one that was on the old 110 L with its engine in the back and its boot in the front. One of my best friends Bernie Toye had one.

His was a second-hand four-door version of this before anyone in our town knew what a Škoda was, then he progressed to the coupe version in the very early 1980s. That was when Skoda was a Czech Republican product, long before the VW group took an interest in the company. Bernie or ‘The Jam’ to give him his CB radio handle from that era, him being a big fan of that pop band at the time, and myself were team Škoda in Letterkenny in that era, we were different! 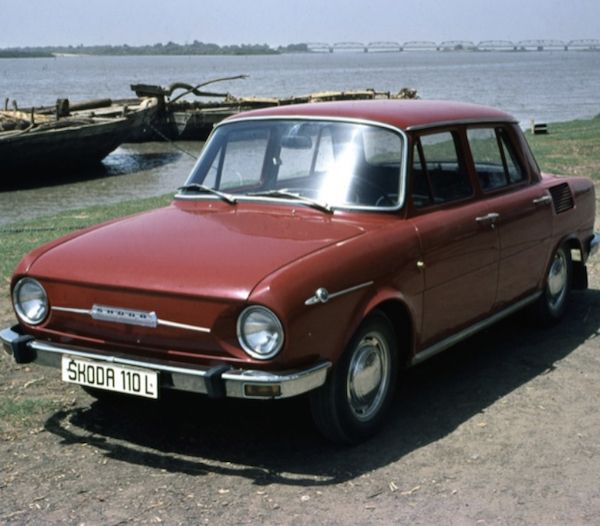 On my way back to Donegal Town, I headed up the third generation realigned version
of Mc Grorys Brae in this new fourth generation Octavia.

I can remember the old road that twisted its way up the hill and my father chatting to his ESB lorry he was driving as people did in those times when transport was more temperamental. ‘I supposed you want changed ‘ he would say before he would do a perfect double ‘d’ clutch gear change in the steepest part of McGrory ‘s Brae. Now the newest road is nearly straight, and our Škoda flies to the top of the hill in sixth without a bother, thanks to the torque of this diesel engine. 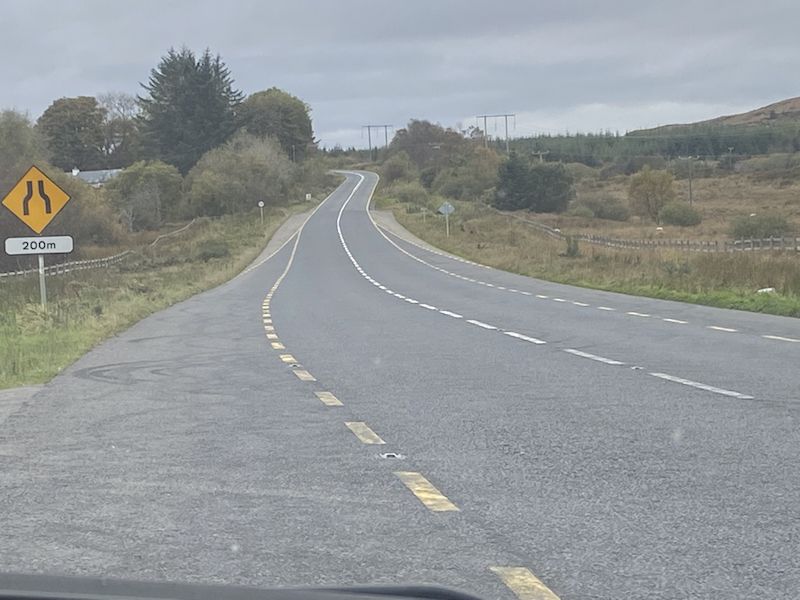 Škoda is still there and still going strong 60 years after the railway is just a memory.

I decided to look around on the road at how many Octavias of all ages could be spotted on the journey back from DMG motors that evening. A wee ‘spot the Škoda survey’ that I carried out suggested that there were more Škoda Octavias on the road than any other make or model.

My experience on the test drive of the new Octavia was a pleasant one. This new generation Škoda Octavia offers everything that is new along with a hint of this carmaker’s journey, the 5th oldest car maker in the world starting way back in 1895 and still going strong to provide family motoring that mixes practicality and style.

This write-up might be of benefit to anyone who might be going online to check out what DMG motors have to offer through their new virtual showroom system where staff will be online to virtually take you on a tour around a car that you might be interested in at their showrooms outside Donegal Town. 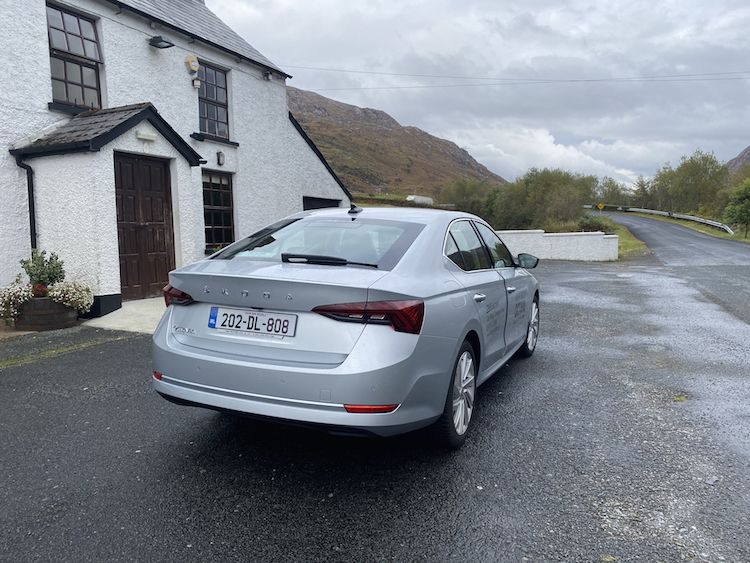 The all new Skoda Octavia on the road in Donegal . Photo Brian McDaid.