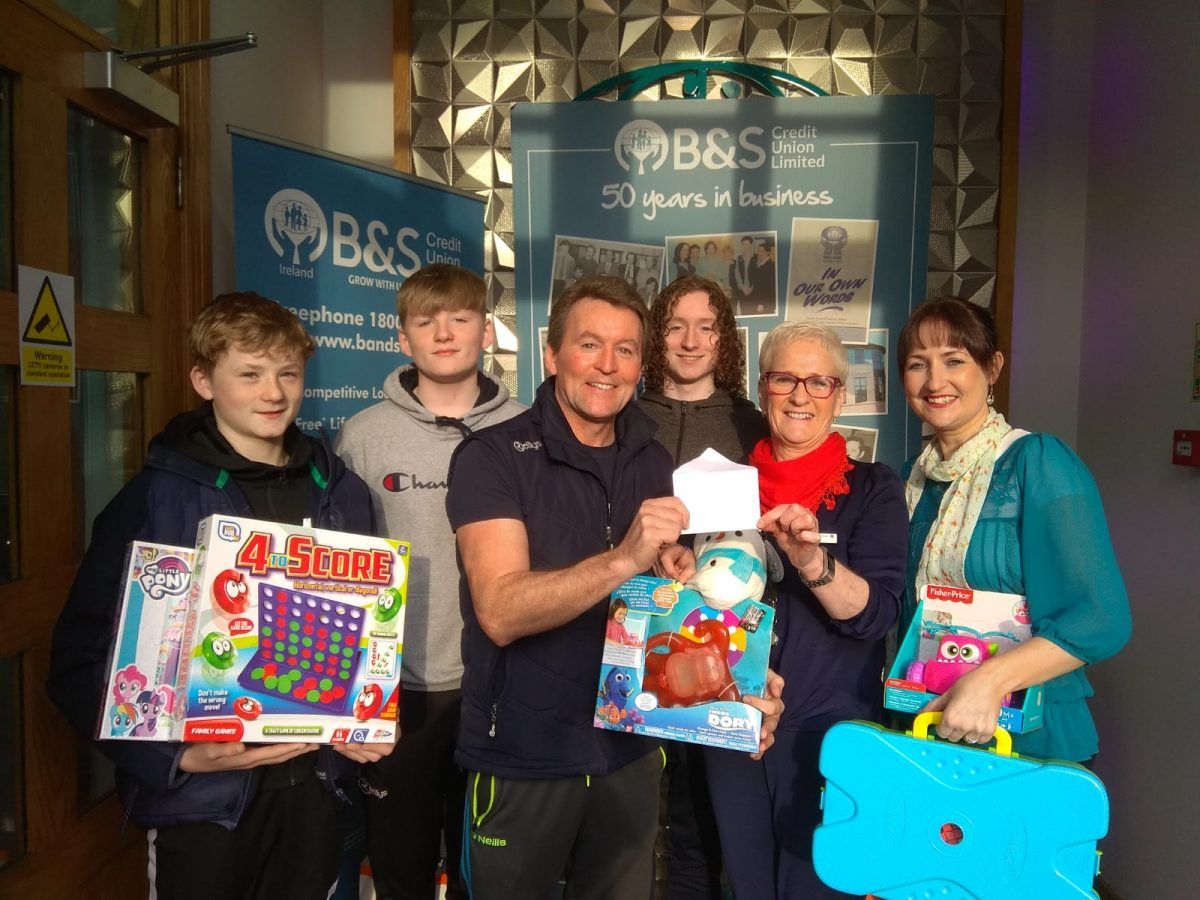 Eunan Devenney, a former professional boxer from Ballybofey, has been organising a toy appeal for disadvantage children since 2000.

Picture: Eunan Devenney and his sons receive sponsorship for the 2019 Christmas Toy appeal from Ballybofey and Stranorlar Credit Union.

This year, 61 children in social worker care will benefit from the efforts of kind-hearted Eunan, who works as a caretaker at St Joseph’s Hospital, Stranorlar.

The idea for an appeal started off when he heard his sister, Sharon, who is a social worker, talk of a family of six who were in what he describes now as ‘dire straits’.

“The family had nothing and I went to get two bin bags full of toys for those wee children,” Eunan told Donegal Daily/Donegal Sport Hub as he launched the 21st version of the appeal.

“We don’t know the children, but we know that we’re helping.

“It’s letting them and especially their families know that people out there care. This has grown massively over the years and the people of Donegal have been so good and so generous. This is really rewarding.” 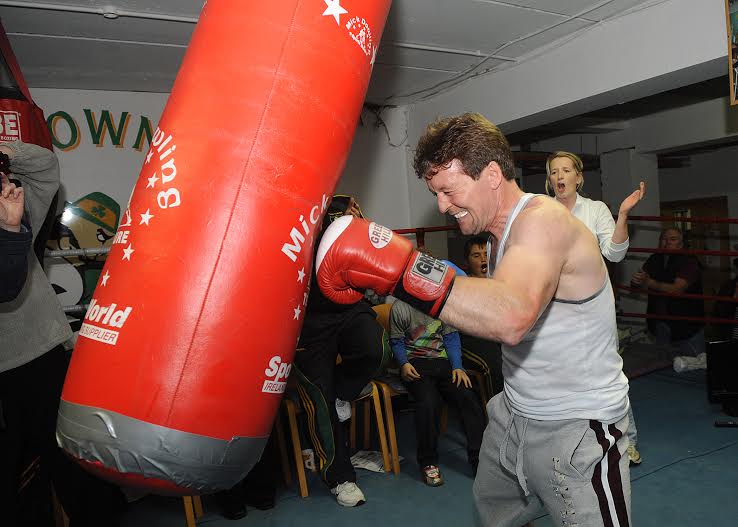 The number benefiting reached a height of 90 one year. This Christmas, 61 children will receive toys as part of Eunan’s efforts.

Eunan entered the Guinness Book of Records in May 2011 when he hit a punchbag non-stop for an eye-watering 45 hours and four minutes.

A renowned coach who worked with the Twin Towns and Bluestacks clubs, he is now coaching with Derry-based Oakleaf ABC.

He is now stranger to charitable endeavours. In April, he and his sons – Nial, Cathair and Sean – undertook 100 rounds of sparring in aid of ChefAid Killygordon. Eunan competed as a professional super-featherweight in London in the 1990s before returning home.

“Boxing allowed me to do this,” he said.

“Boxing got me anchored down and able to help others.”

Monetary donations are not accepted, but new toys for boys and girls aged 1-16 can be dropped off at St Joseph’s Hospital, Stranorlar or you can contact Eunan on 087-7684073 to arrange collection.