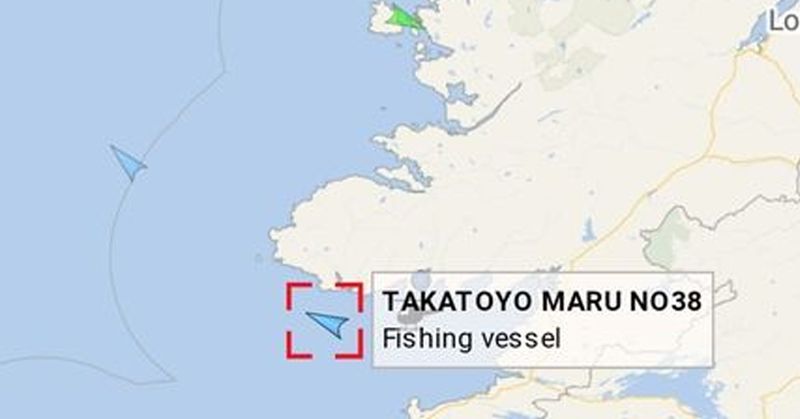 A Donegal producer has sparked a debate after voicing his frustrations with Japanese fishing vessels off the coast of Donegal.

While there is no direct fishery for Bluefin Tuna in Ireland, Japanese tuna fishing boats have been spotted making their way to the North Atlantic from Donegal as recently as yesterday.

Trawlers are allowed to fish tuna in international waters and it is believed that the vessel came into Killybegs for shelter from the recent storm before going back out for their lines.

He wrote: “This Japanese tuna fishing boat along with others have travelled for 2 months from Japan to fish for blue fin tuna in the North Atlantic on the edge of Irish fishing zone.

“We fatten these great fish in our waters so the Japanese can catch them.”

Ireland currently has a 1% by catch of Bluefin Tuna as part of the Northern Albacore fishery, which requires specific fishing authorisation.

“This Fishery could be worth millions each year to Irish fishermen and their communities,” Mr Shine added.

Bluefin tuna are a prized delicacy in Japan and are used for making popular foods such as sushi and sashimi. An individual fish can sell for tens of thousands of dollars.

The Shines Irish Tuna owner stated that it was time that Ireland had a Ministerial position fully dedicated to the Marine instead of the current role of Minister for Agriculture, Food and the Marine that is held by Donegal’s Charlie McConalogue.

‘This could be worth millions’ – anger over Japanese fishing boats off Donegal was last modified: October 27th, 2020 by Staff Writer