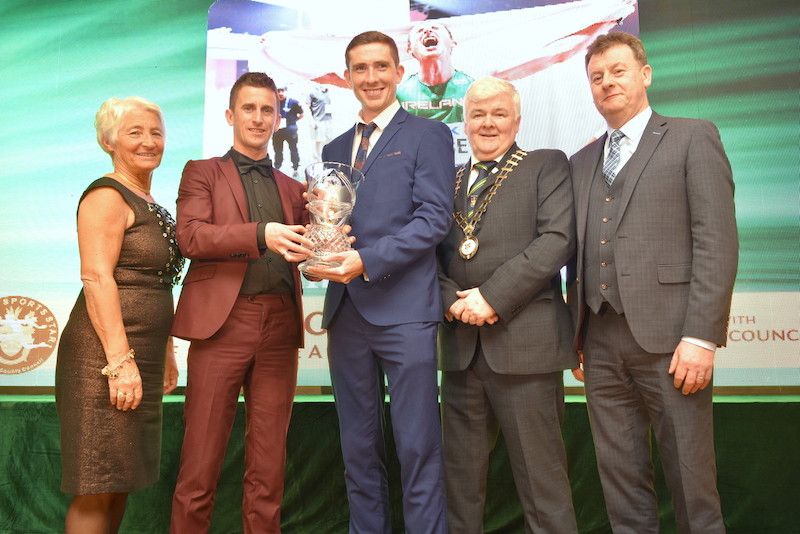 THE Donegal Sports Star committee have confirmed a new format for the 2020 Awards.

Due to the continued challenges of Covid-19 there won’t be a formal presentation function which would have been scheduled to take place at the end of January.

Instead a virtual awards show will take place. While competitive sport has been restricted this year due to the Coronavirus there still has been plenty of successes which the committee feels must be acknowledged.

It has also been confirmed that exclusive sponsor Donegal County Council is to continue its support of the hugely successful sports star event which first started in 1976. It will be the first time in 45 years that a formal function has not been held.

There will be a reduced number of awards using a different categories format due to the exceptional year that the County has experienced.

The committee will not be seeking nominations for the 2020 Awards and instead a panel is reviewing the year’s sporting achievements and will decide on the winners in the due course.

Donegal Sports Star Awards Chairperson Grace Boyle says that while it is very disappointing not to be hosting a formal function the current Covid-19 situation left the committee with no option but to cancel the event for the first time in 45 years.

“It was the right decision to make in line with the present health situation with Covid-19,” Ms Boyle said.

“We have been getting on average 600 people to our awards function and that wasn’t going to happen at the end of January with the restrictions on numbers attending that will still be in place then.

“But as a committee we looked at what has taken place regarding competitive sport this year so far.

“The period from the middle of March into June is what we don’t have in terms of competition. We felt in these difficult times it is still very important to acknowledge the achievements that occurred be that in individual or team sports.

“We want to give people something to look forward to in January when things are very quiet generally and we will do our best to ensure that the new format is a success.”

However, the Chairperson confirmed that it will be a very much reduced number of categories.

She said: “Many of the usual categories that the public would have been familiar with will not feature due to the changed circumstances.

“We will honour the winners in a virtual presentation format that the committee members are now working on for what is a new venture for us.

“The committee will not be seeking nominations for 2020 and instead we have been monitoring the year’s sporting achievements ourselves. Based on that information a judging panel will select the winners.

“It was our wish to continue the great work of all the Donegal Sports Star Awards committees down the years and while it won’t be in a big function room in the Mount Errigal Hotel we really hope that the alternative virtual format will be the next best thing in honouring the successes of 2020.”