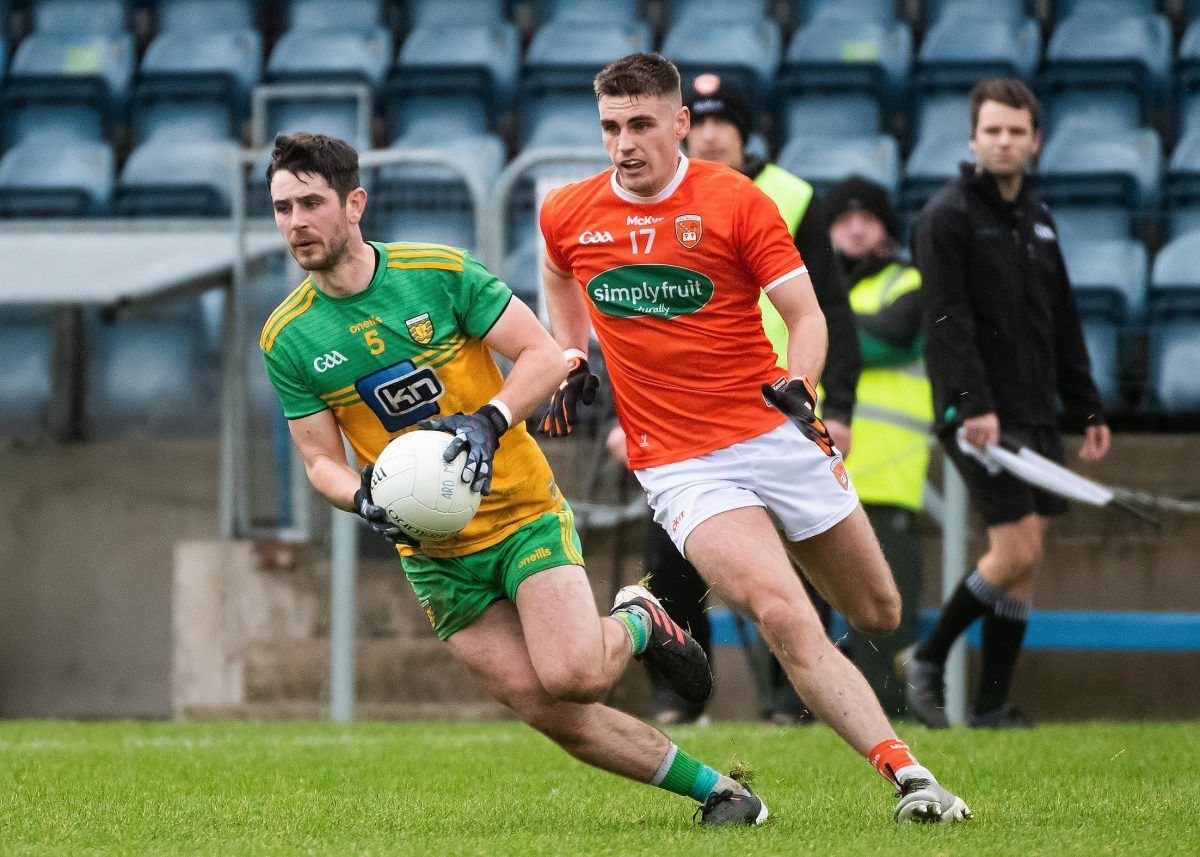 Another milestone as Ryan McHugh set for 100th Donegal appearance

RYAN McHugh will become the 43rd Donegal footballer to play 100 games for the county in Sunday’s Ulster final.

Since his Ulster SFC debut in 2013, McHugh has made 42 consecutive appearances in championship football.

Sunday will also see another first with McHugh to follow his father, Martin, in joining the band of players to represent Donegal 100 times. They’ll be the first father and son on the list.

Donegal are going for a third successive Ulster SFC title this weekend, but McHugh has already experienced a three-in-a-row dream being dashed.

“When I came in first in 2013, Donegal were going for the same and put a huge emphasis on it,” McHugh said, reference the 2013 loss to Monaghan.

“It’s something we’ll try to win but we’ll not really focus on that.

“We’re only another step and we have no silverware yet.”

McHugh was purring again on Saturday and kicked two superb points in the 1-22 to 0-13 win over Armagh at Breffni Park.

A Peadar Mogan goal in the 34th minute helped propel Donegal to a ninth provincial final in ten years.

McHugh said: “We wanted to really express ourselves but we had some sloppy things. We’ll try to get that right for the final.

“We targeted a good start and we got that. The first half, we put up a huge performance and that set us up for the game.

“When you’re in the game, all you think about is the next ball. You just concentrate on your own game and your own game plan. It was really just about our game plan and we executed it exceptional in the first half.”