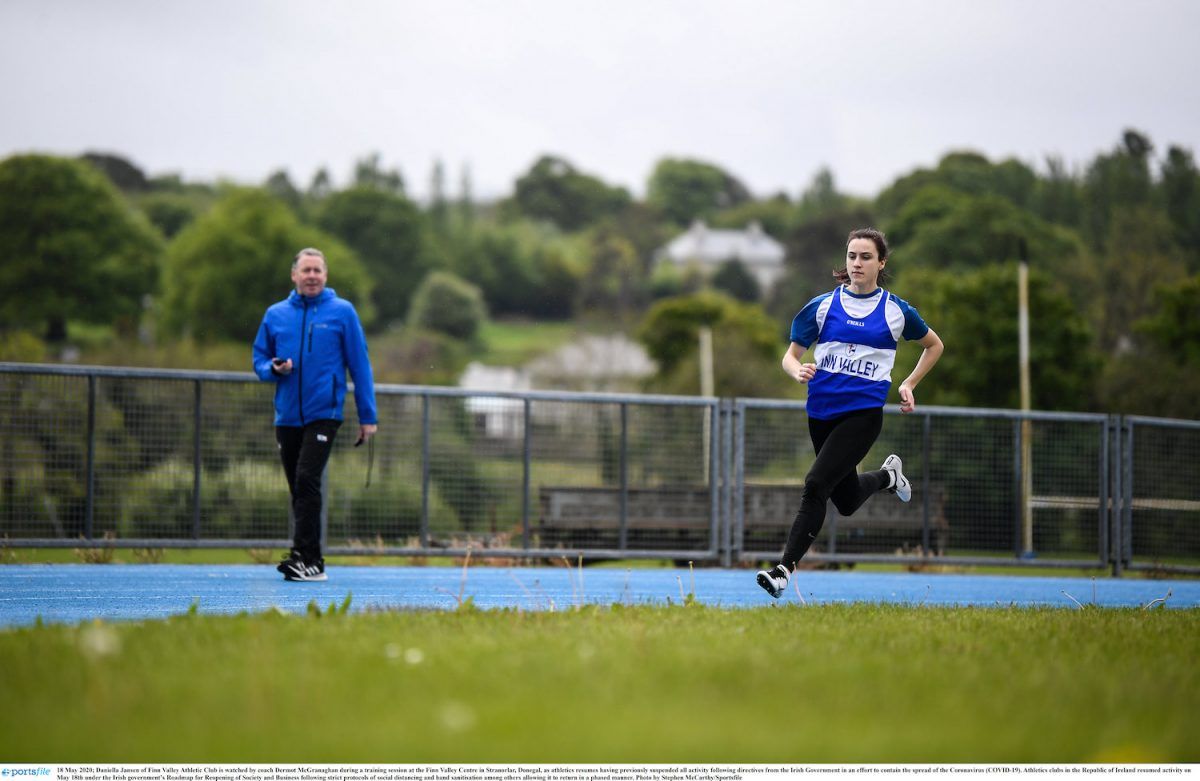 Daniella Jansen keen on Kenya after Ireland Under-20 selection

DANIELLA Jansen of Finn Valley AC has been confirmed as part of the Ireland under-20 squad for 2021.

The Killygordon teenager is targeting the World Under-20 Athletics Championships.

The Championships, which were due to be held in July, at the Nyayo Sports Complex in Nairobi, were shelved due to Covid-19, but are now pencilled in for August 2021, just after the Olympic Games.

Jansen, who is coached by Dermot McGranaghan, plans to be on the plane to Kenya.

The Finn Valley ace this year lowered her indoor 400m PB to 57.91 seconds at the National Indoor Championships having brought her outdoor PB to 56.90 seconds last autumn.

Jansen competes in the women’s 4x400m.

In 2018, she helped Ireland’s Under-18s to 4x400m gold at the Celtic Games in Scotland, running the second leg of the race alongside team-mates Caoimhe Cronin, Ella Duana and Miriam Daly at Grangemouth Stadium.

This summer, Jansen finished second in the women’s 400m at the City of Lisburn Competition on the Mary Peters Track.

English goes to Leverkusen aiming for another...