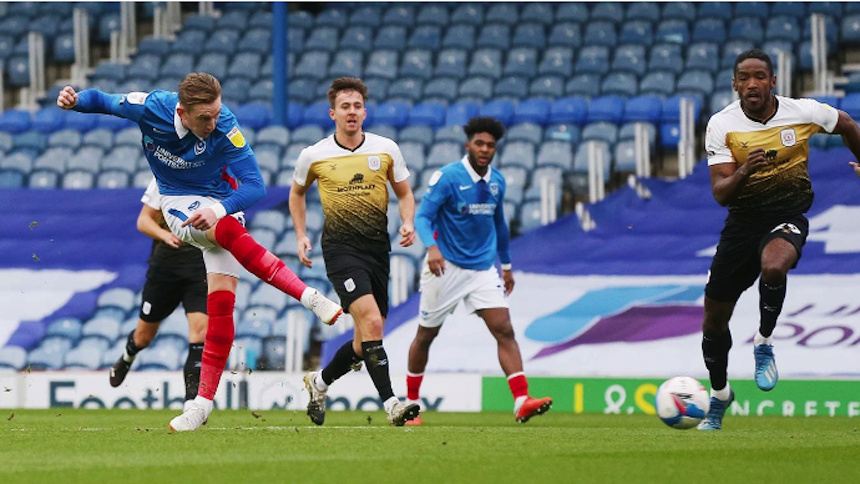 RONAN Curtis scored twice as Portsmouth moved into fourth in League One.

A brace from the St Johnston man set Portsmouth up for a 4-1 win over Crewe at Fratton Park.

John Naylor and John Marquis bagged the second half goals for Pompey, with Curtis having announced his return from international duty in style.

Curtis started for the Republic of Ireland in Wednesday’s 0-0 draw with Bulgaria.

He opened the scoring here after a move that involved Marquis in the 15th minute.

Curtis prodded home his second before half-time and Pompey were on their way to a fine win.