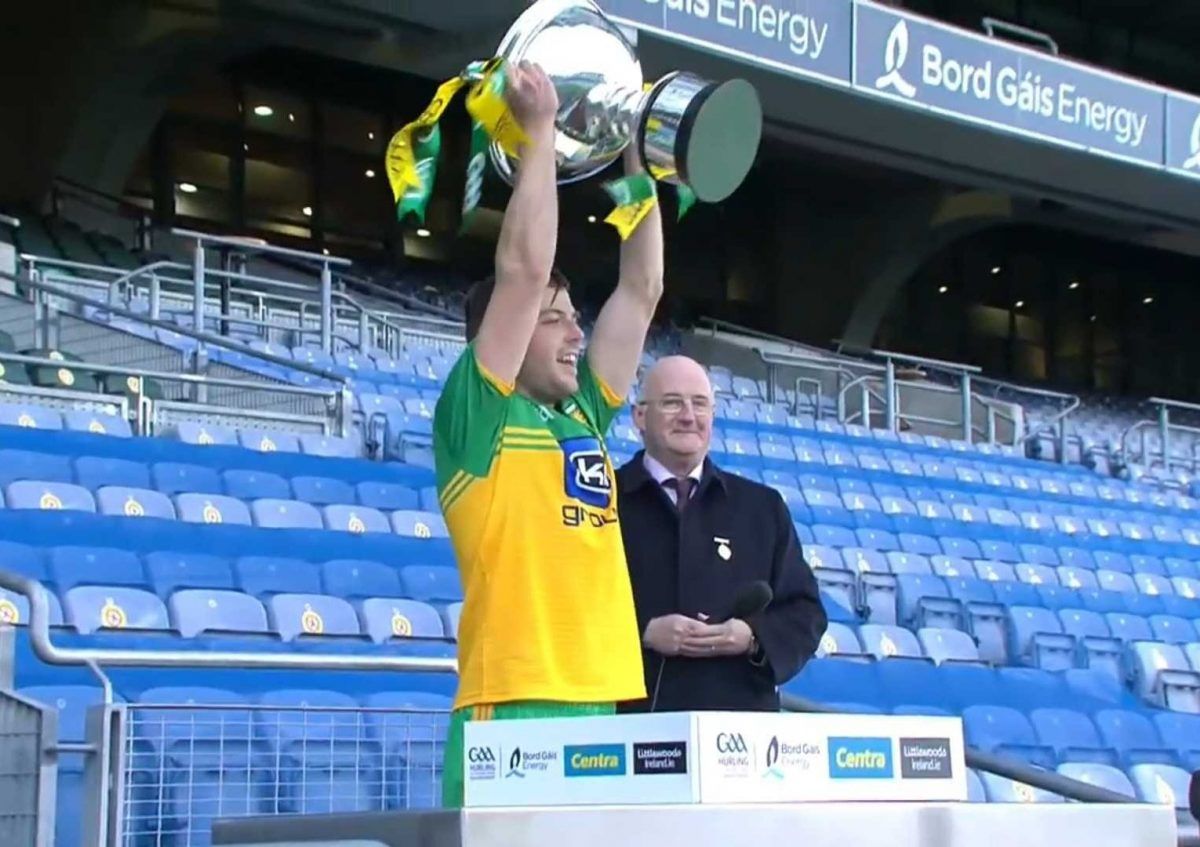 By Charlie Collins at Croke Park

Late goals from Davin Flynn and Richie Ryan – struck within a minute of each other – completed a comeback as Donegal netted twice in the last four minutes to claim the prize for a third time.

Joe Boyle’s goal late in the first half had brought Mickey McCann’s Donegal right into the game.

They had led for a time in the second half after a flurry of points from the 40th to 52nd minute, with Declan Coulter – who hit nine points – leading the charge.

However, as the game headed down the home straight, Mayo led as Shane Boland clipped over his 12th of the afternoon.

There was real drama as, first, Flynn, and then Ryan, struck gold as Donegal booked their return to the Christy Ring Cup.

Mayo hit five points in the first seven minutes to take a command and they were 0-9 to 0-3 in front by the water break, with Boland arching over five of the Westerners’ points.

Another two by Boland made it an eight-point game and Donegal were looking in a perilous place.

However, the Tir Chonaill men hit back.

Four points in as many minutes – three of them by Coulter and the other from Boyle – brought Donegal back into it.

Three minutes before the break, Boyle finished to the net after taking a pass from Gerard Gilmore.

At the break, Mayo led 0-14 to 1-8 and it was well poised for the second instalment.

In the absence of spectators, it was an eerie surround at GAA headquarters, but it was Donegal’s day.