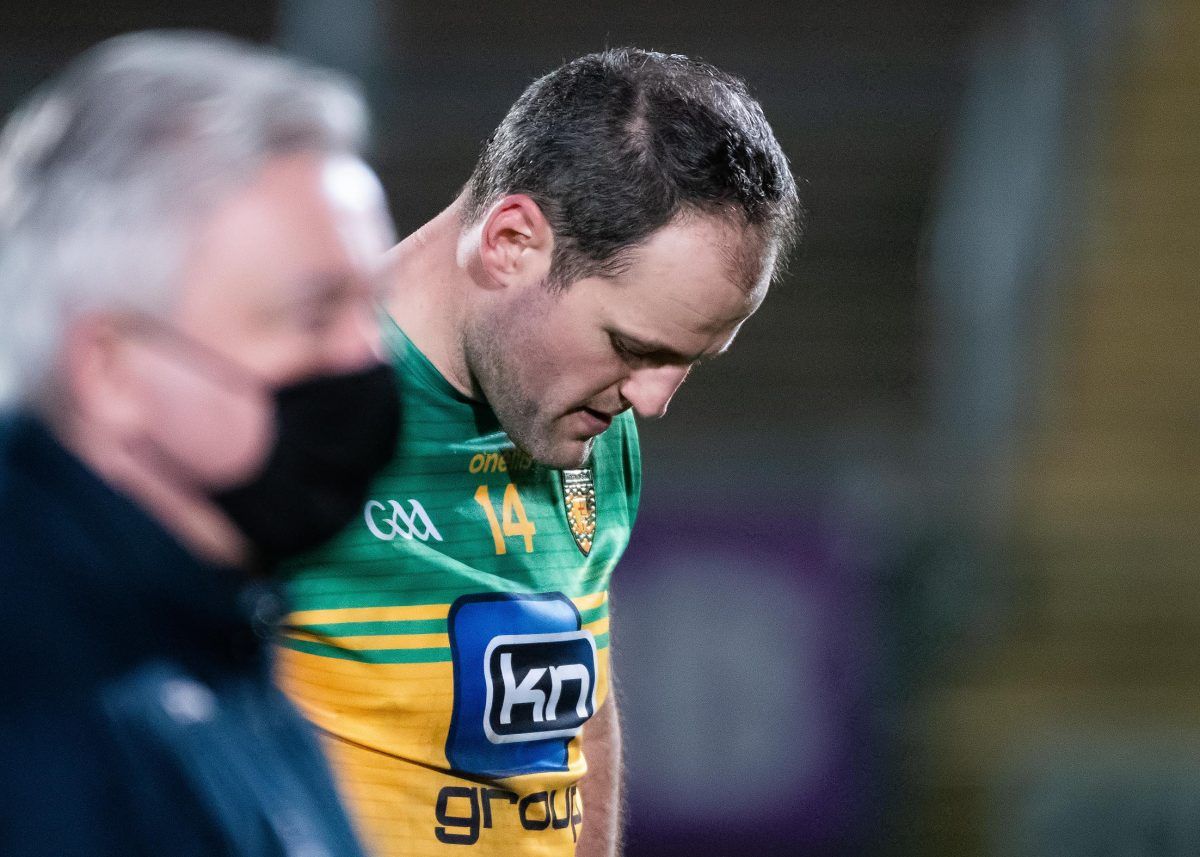 JOE Kernan knew all about the battlefields of Ulster and their potential pitfalls.

By Chris McNulty at The Athletic Grounds. Pictures by Evan Logan

Kernan enjoyed a golden spell as Armagh manager from 2001.

Kernan guided the Orchard to four Ulster titles and the All-Ireland in 2002.

His Armagh are the last team to win three successive Ulster crowns. They’re the only team since Down from 1959-61 to achieve the feat.

The Crossmaglen man was well versed in how difficult it was to retain the Anglo Celt.

“Retaining the Ulster Championship was everything,” Kernan wrote in Without A Shadow Of Doubt.

“Defending the title proved beyond everybody’s capabilities. Perhaps this isn’t surprising as Ulster has long been the most competitive province where, on any given day, most of the nine counties would fancy their chances of beating anybody else. 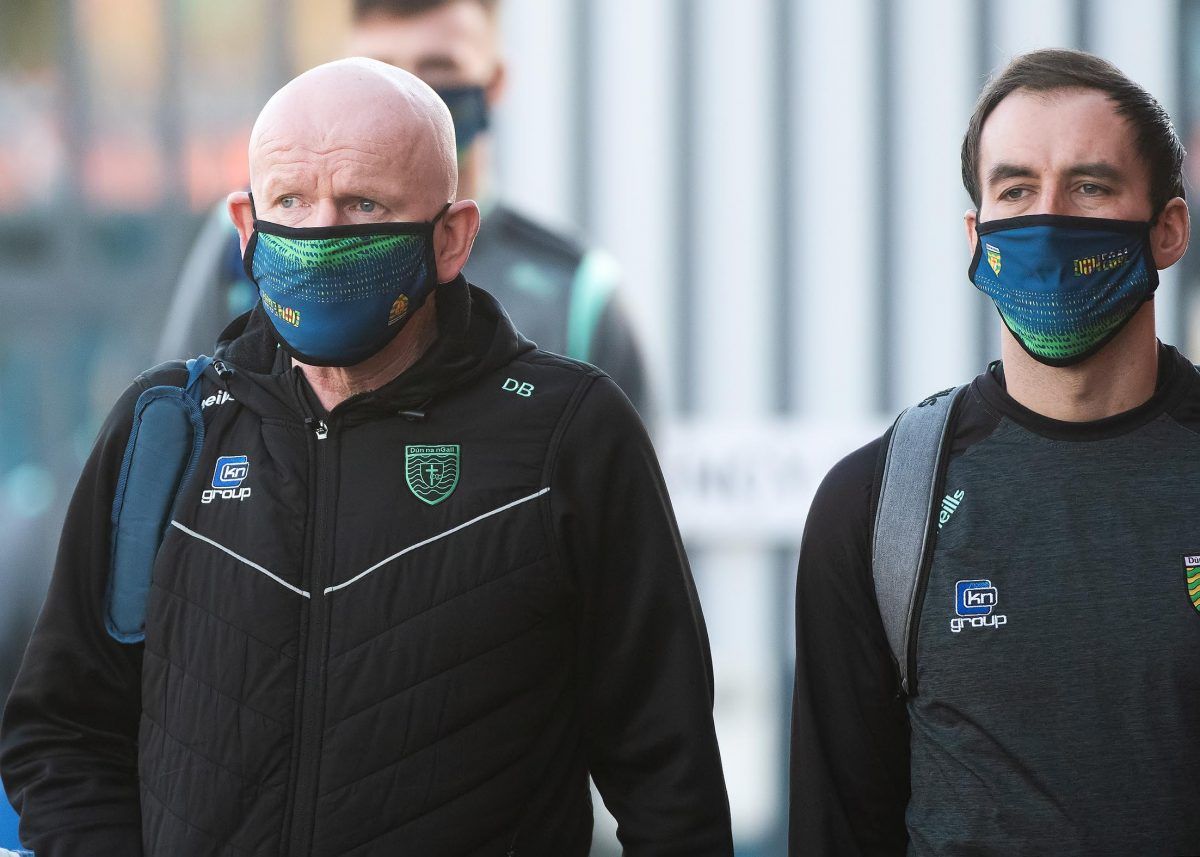 “Winning the previous year’s title or even the All-Ireland bestows no favours for the following year. The sheer competitiveness of the Ulster Championship makes doubles or trebles most unusual.”

Very history ought to have served as a warning to Donegal as they made their way to Armagh on Sunday.

Go back to the early 60s when Down were at their swashbuckling best. James McCartan senior reckoned that their three-in-a-row success in ’61 meant that ‘a good team becomes great’. 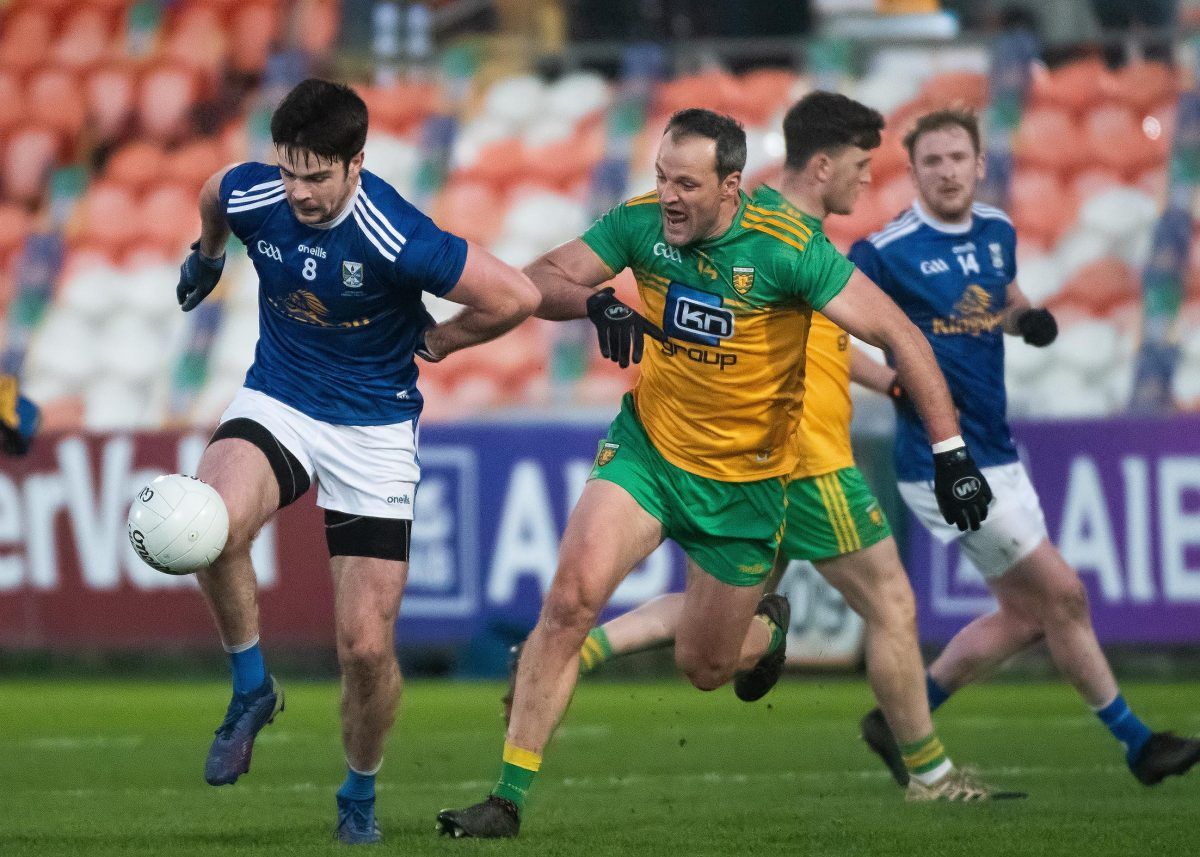 Donegal appeared in a ninth Ulster final in ten years yesterday, but Declan Bonner’s men failed to sparkle; the latest team to fall on the sword.

In 2013, Donegal were All-Ireland champions and gunning for a third successive Ulster title.

Ahead of the final against Monaghan, Jim McGuinness spoke of the possibility of ‘an incredible feat’.

In a column in the Donegal News, Bonner – who was then managing Donegal’s under-17s – wrote: “A back-to-back in itself was huge. A three-in-a-row would take them into a different stratosphere altogether. To go into the three-in-a-row bracket would be huge for Donegal.”

Aside from Armagh’s trio of titles, since Down’s three-in-a-row in 1961 only seven teams – including Bonner’s Donegal – have managed to even retain the Anglo Celt.

They hadn’t countenanced on Cavan tearing up the betting slips.

Donegal were 1/14 on – almost unprecedented odds for an Ulster final.

The day began ominously and Cavan led 0-5 to 0-2 in the early moments.  Cavan had played Russian roulette in games against Monaghan and Down on their way to the final, but Mickey Graham’s side was different here. 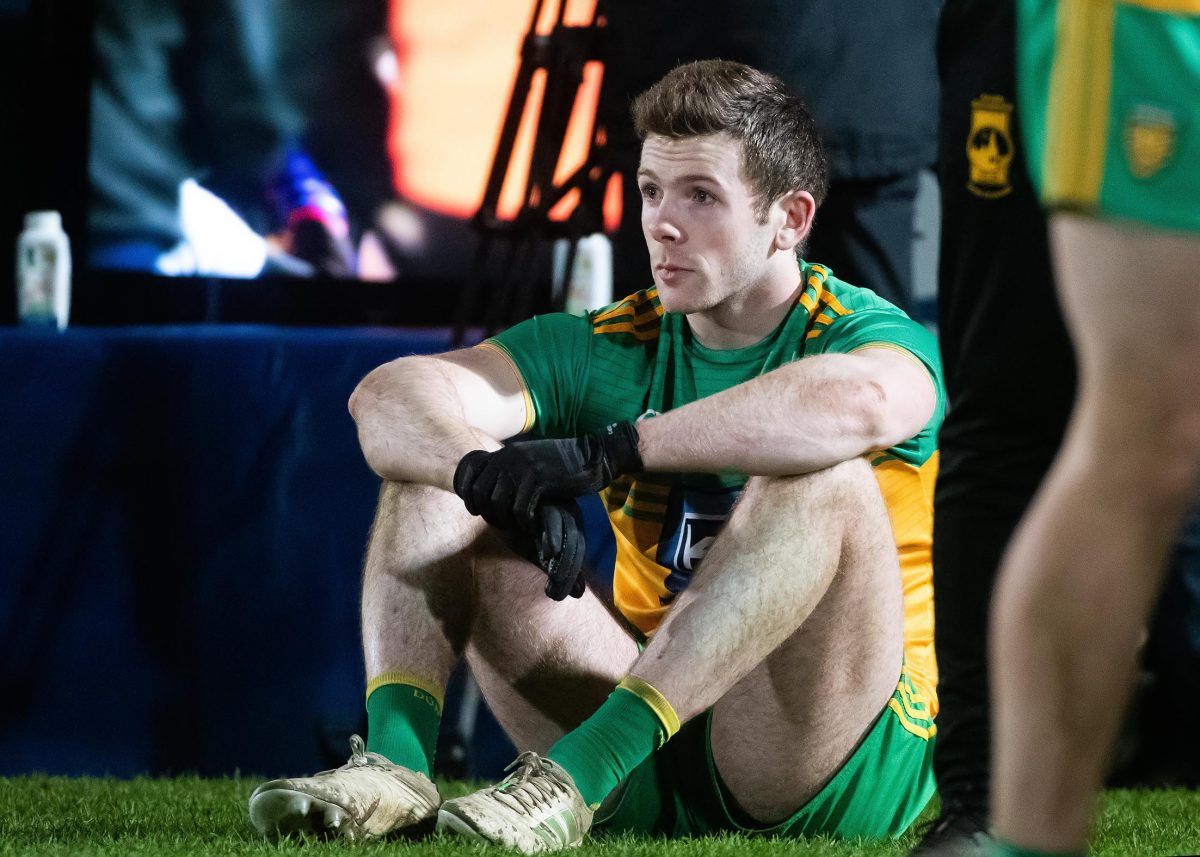 “Not a lot of people gave us hope coming in here bar ourselves,” Graham said.

“The spirit was second to none when they came back and you could feel something was bubbling. You could probably see it the way they came back from games we were dead and buried in.”

Barring a spell when Cavan were down to 14 due to black cards in either half, the Breffni were firmly on top,

Cavan curbed the influences of the likes of Michael Murphy, playing in his 50th consecutive Championship game going back to 2012, Ryan McHugh, lining out for the 100th time in Donegal’s colours, and Neil McGee, appearing for the 187th time as a Donegal player.

“We were just that bit hungrier in different areas of the field at times,” Graham said.

“They probably tried to look for the perfect ball at times and lads off the shoulder but we got lots of bodies back and got tackle sin and turned over loads of ball.

“I felt we played the conditions better than Donegal and as I said you need to go back to the basic and go where the goals are and get the ball into that area and we took a chance there and got a goal from it. We could have had a couple of other goals, we had chances. 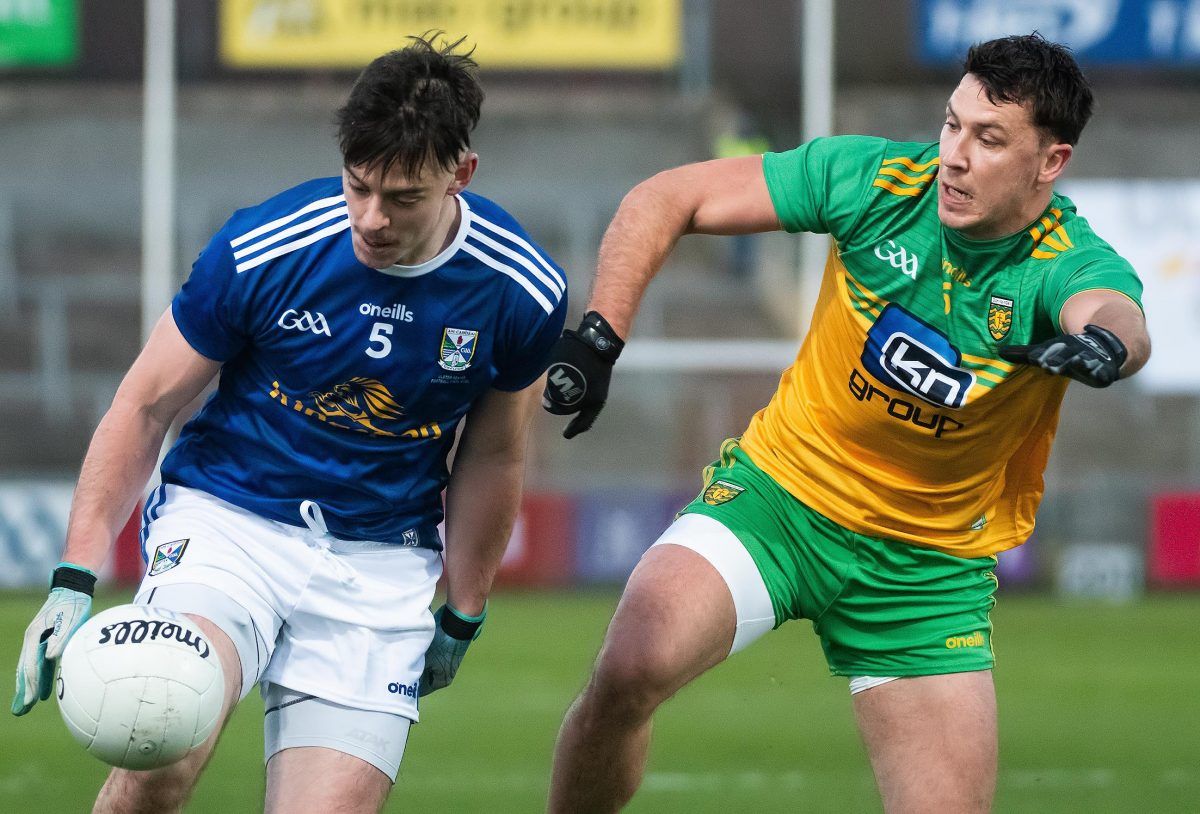 “We don’t get here too often and so when we do let’s make the most of it, and we back the lads to go out and put in that performance that we knew was in them. It was a brave performance, let’s be honest about it. No other team would have done that to Donegal the way we approached it.”

The Armagh air had the presence of the sun, but July’s mercury had long since gone from the thermometers by the time Murphy led Donegal out for this most surreal of finals.

There were no hats, scarves or headbands to be bought on the approaches. The streets were absent of vendors offering am array of under-cooked burgers or over-priced hotdogs.

When Conor Madden plundered a late goal to all-but confirm Cavan’s first success since ’97, the lightbulbs of the cameras flashed. All the final whistle missed was the sea of Breffni hoards, whose absence left the day devoid of a real iconic image.

Cavan captain Raymond Galligan said afterwards: “Today is for every single player, manager, family member that’s from Cavan. It was them that drove us on because they have been starved of days like today. We just wanted to make them proud.

“We knew in the last quarter that every single mother, father and child was at home driving us on. That got us over the line. The support has been relentless for years.”

Only Brian McEniff has managed Donegal more at senior level than Declan Bonner, who had charge of the county for the 82nd time yesterday. As he sat trying to put into words the meaning of the defeat and the reasons for it, Bonner was almost stuck for words.

“That’s the poorest performance I’ve had since I came back three years ago in terms of championship football,” Bonner said.