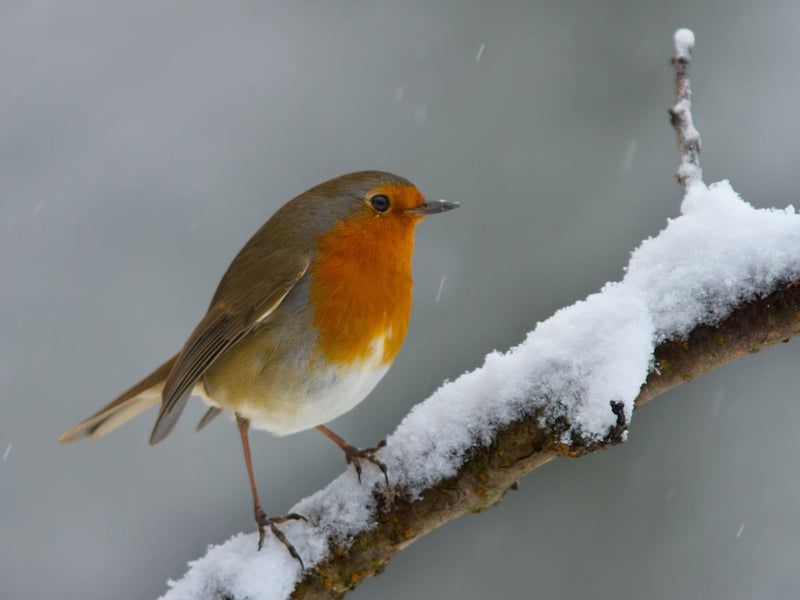 Will the Robin be king of Donegal gardens again this year?

Will the mighty Robin top the most popular bird list in Donegal gardens yet again this year?

That’s the question thousands are asking as BirdWatch Ireland’s Irish Garden Bird Survey is launched next week for its 32nd year.

Birdwatch Ireland said they are hoping for one of the biggest surveys ever because so many people working from home or restricting their movements in the midst of the COVID-19 pandemic.

“It’s the largest and longest-running survey of its kind in Ireland,” said Brian Burke, who coordinates the survey for BirdWatch Ireland.

“Because of the restrictions and lockdowns this year, many people gained a newfound passion for the wildlife in their gardens, and we’ve seen that reflected in increased traffic to our website and in engagement by email and social media, not to mention in more people joining BirdWatch Ireland as members.

“This survey coincides with the time of year when bird activity in gardens reaches its peak, so we’re asking people to send us the details of what they see in their gardens over the coming weeks.”

Last year’s results showed that Robin was the most common species in Irish gardens for a record-breaking 10th year in a row, followed closely by Blackbird and Blue Tit.

Though there was no change at the top, the Ring-necked Parakeet appeared in the survey for the first time ever.

This species is native to Africa and Asia and is an invasive species that is present in large numbers in many European cities, including London.

They were recorded in two gardens in Dublin during the Irish Garden Bird Survey last winter and are thought to have successfully nested in the capital this summer.

Their presence is cause for concern, as they might impact native species, though it does cause much excitement when people see a bright green parrot on their garden birdfeeder.

Brian Burke noted, “Last year saw a lot of common species move up the rankings, which stems from a continued recovery from the heavy snow during the ‘Beast from the East’ a couple of years ago.

“Thankfully the two winters since that have been comparatively mild, and many species had good breeding seasons in the summers in between, so we’re happy to see smaller birds like Wren, Goldcrest and Long-tailed Tit all reclaim their spots higher up the rankings table.

“Birds like Song and Mistle Thrushes, which struggled to find worms and invertebrates during the heavy snow, are making a comeback too.”

The survey is very simple and is open to everyone with a garden. The more gardens that take part in this winter’s survey, the more of these trends we can examine in detail.

Will the Robin be king of Donegal gardens again this year? was last modified: November 29th, 2020 by Staff Writer
Tags:
Birdwatch Irelanddonegalgardensrobin