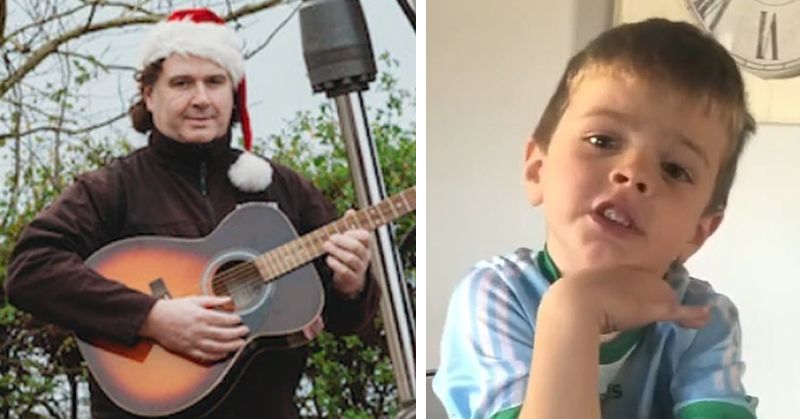 Tyrone’s busiest wee man is at it again – and he has a big job to raise money for children in need at Christmas.

Four-year-old farmer Darragh O’Neill from Clonoe went viral last month when he was recorded telling his mum Caroline about his exhausting list of tasks for the day.

Darragh’s hilarious chat inspired Lifford singer Jim ‘Farmer’ Harte to write a song to help people remember all the wee man’s jobs. That song was also a major hit – and Darragh’s family have decided to do some good with the fame.

The song is now released as a charity single – with all proceeds going towards buying food and gifts for Women’s Aid, Children in Northern Ireland (CiNI) and Mission Christmas – Cash for Kids.

“When Darragh went viral on social media we knew we had to make it matter. To use it to make a difference,” mum Caroline wrote on her ‘Digg Mama’ blog page.

“With the help of the talented Farmer Harte we hope to raise enough money to make a difference to so many children this Christmas.”

A new music video was created for the ‘Digg Deep for Kids’ campaign, and fans were delighted to see the much-talked about Ronan McAliskey making an appearance!

“We will spend the money in independent shops where possible helping our businesses during these tough times.

“This year is different, we know that, but there is still a desire to help others and I know this campaign is going to make such a difference.

‘I’m a Busy Man’ is available to download or purchase on CD on www.diggmama.com