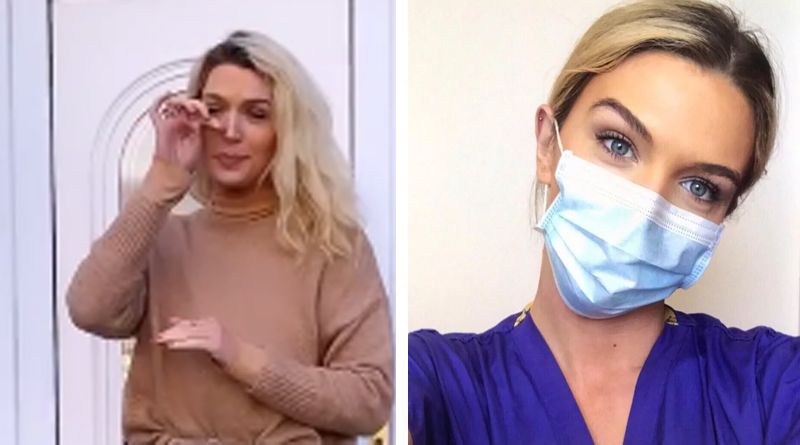 The Government has faced widespread criticism for refusing to pay student nurses and midwives.

4,000 students nurses and midwives have been working on the frontline during the Covid-19 pandemic, earning either nothing or a €50 allowance per week.

On Wednesday night, the Government voted against a motion to pay student nurses and midwives €14 per hour, the same rate as health care assistants, by 77 votes to 72.

Donegal nurse Grainne Gallanagh was among those who hit out at the decision. Posting on social media, the former Miss Universe Ireland model said it was a “kick in the teeth.”

The Buncrana woman has worked in Letterkenny University Hospital during the pandemic and said she was “very, very disappointed for student nurses.”

“They basically said that there’s not enough money to do that, even though they’ll accept multiple pay rises for themselves,” she said.

Grainne also criticised the fact that nurses will be asked to pay their annual retention fee of €100 next week in order to keep their names registered with the nursing board.

“I just can’t cope how did they think that this was okay?”, she wrote.

Rounds of applause and kind words don’t pay the rent, says Sinn Féin TD for Donegal, Pádraig Mac Lochlainn, who has branded the government’s refusal to pay student nurses as ‘disgraceful and exploitative’.

“I know that in my own constituency, many student nurses have been working round the clock to provide essential healthcare to our community. They are exhausted and feel completely exploited by receiving a small allowance of just €50 per week instead of a fair wage.

“They are not allowed to take on second jobs due to the risk of spreading the virus. Many are anxious and fearful about paying their rent, mortgage or basic bills.”

Teachta Mac Lochlainn continued: “This is a scandalous and exploitative way to treat essential workers who form the backbone of our healthcare system and who have worked so hard and with such bravery to protect us all. Rounds of applause and kind words don’t pay the rent. The Government has badly let our student nurses down and it is totally unacceptable.

“Sinn Féin voted to give a fair wage to student nurses. We will continue to stand up for our healthcare staff and their right to access fair pay. The Government must be held to account for this shameful decision.”