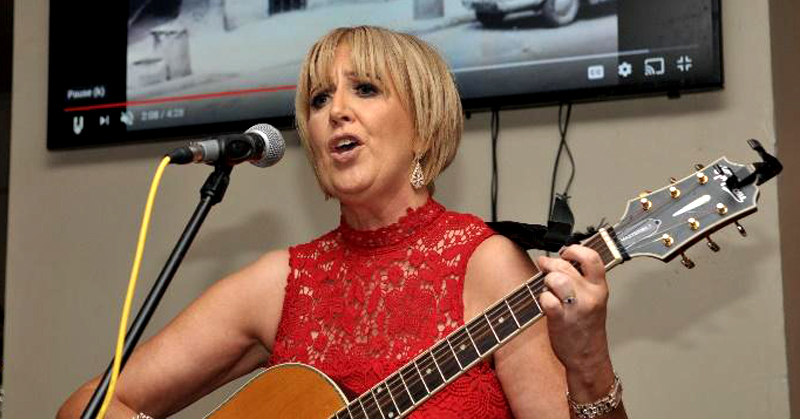 The Scoil Mhuire gan Smál teacher released a special album called Christmas Greetings from Letterkenny in 2019. Following the success of the release last year, Ms Nicholls’ CD is back on the shelves this month in the hope of raising more funds for St Colmcille’s Homeless Hostel.

This CD is available to buy in Oldtown Stores, Veritas, Tobins, Clark’s Newsagents, Arena 7, Tesco and all Kernan Group Stores.

A rich range of artists of all ages have contributed to the project, which was a labour of love for Ms Nicholls, with some tracks containing special personal memories.

The CD includes Anne’s original song “Leitir Ceanainn” which records the history of Letterkenny from its origins over 400 years ago. This track and video can be viewed on Youtube. Video by Kieran Kelly & John Ruddy Letterkenny Historical Society.

The CD also features Sinéad Gibson of Arcanadh fame, her daughter Sadbh Breathnach singing “Child in a Manger Born” and her son Cormac Breathnach features on the traditional carol “Don Oíche Úd i mBeithil playing the Uilleann pipes. Aisling Cheevers and Anna Farren play violin and piano. Paul Gillespie’s cello playing adds so much to the tracks “In the Bleak Midwinter” and “The Christmas Song”. “Oíche Chiúin” is performed in Gaelic/French/Polish and English by pupils from Scoil Mhuire gan Smál as is the carol “Said the Night Wind”.

The Cover Photo of the Pole Star is by Peter Blake and the photos of Letterkenny on the inside cover are by Kieran Kelly.