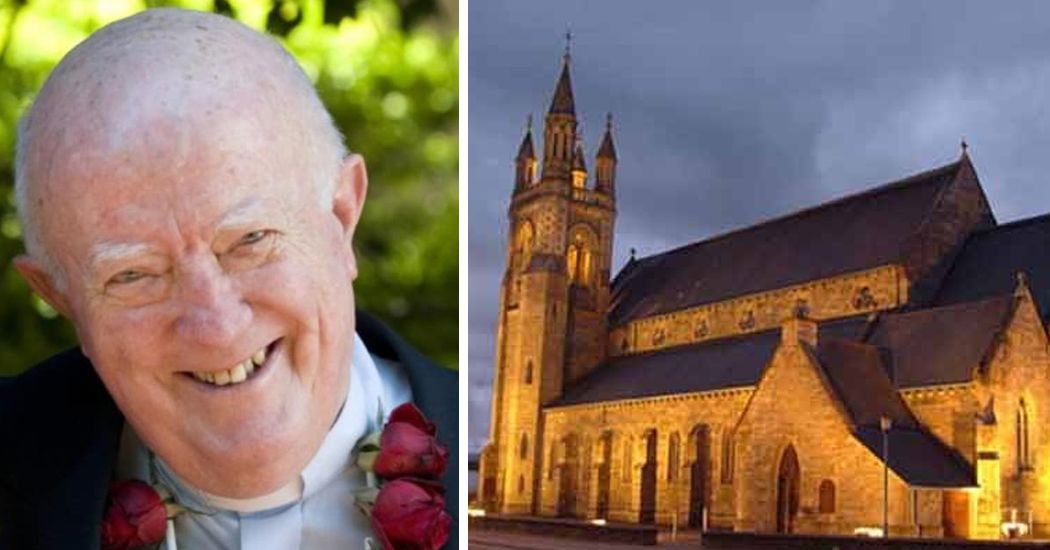 A joyful soul, a faithful servant, a gifted singer, and a friend to all – tributes have poured in for Fr. James Byrne following his sudden passing in Stranorlar.

News of Fr Byrne’s passing has been met with great sadness in both the Stranorlar and Glenfin parishes.

The popular priest was a native of Australia, who followed his Irish ancestry to move to Donegal seven years ago.

He was the former Pastor Emeritus of Sacred Heart Parish in Wilsonton in the Diocese of Toowoomba, Queensland, Australia.

St Mary’s Church in Stranorlar led the tributes to Fr Byrne and wrote: “Fr. James’s ancestors came from Enniskillen in Co. Fermanagh and after his retirement in Australia, he set up home in Donegal residing in our Parish for the past 7 years, living in Curraghamone, Ballybofey.

“During his time in our Parish, he was a great help to us, offering Masses and Sacraments in the Church as well as serving St. Joseph’s Community Hospital and a very loyal Chaplain to the local Legion of Mary. He also offered assistance to his good friend Fr. Lorcan Sharkey in the neighbouring Parish of Kilteevogue, Glenfin Parish.

“He will be fondly remembered for his great singing and jolly mood. We are very thankful for his Ministry.

“We offer our prayerful sympathies to his brothers and sisters in Australia, his entire family circle, his devoted housekeeper, his brother priests, former parishioners and his many friends here in Ireland.

“Eternal Rest, Grant to him Oh Lord and let Perpetual Light Shine Upon Him, May his Soul and the Souls of all the faithful departed through the Mercy of God Rest in Peace.”

Funeral arrangements will be announced at a later time.