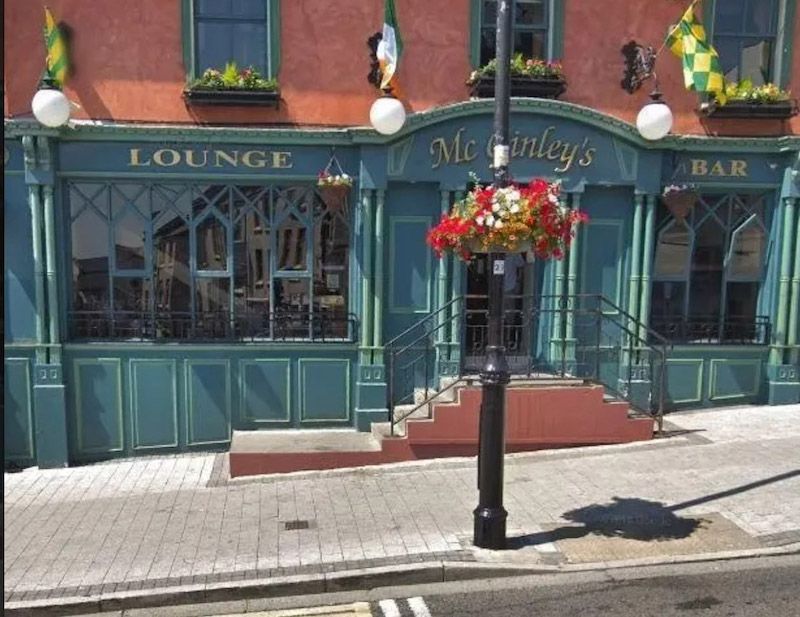 Letterkenny bar is ‘not a bona fide restaurant’, Judge finds

An application for the McGinley’s Bar was rejected at Letterkenny District Court.

Judge Paul Kelly said McGinley’s was ‘mainly a pub that serves food rather than a restaurant which serves drink’. It was he said, therefore. not considered a ‘bona fide restaurant’.

The decision does not prohibit McGinley’s from opening with the premises still able to serve food and drink, but will now be governed by regular opening hours. A restaurant certificate would have enabled an additional one-hour service.

Gardai objected to the application and Judge PaulKelly said it was the first time in his ten years presiding in Letterkenny that the authorities had objected to a restaurant certificate.

The grounds for the objection were that the premises was mainly used as a pub, that it was not structurally adapted and was not a bona fide restaurant.

Till receipts from a ten-day period from August 1-10 last were submitted to Judge Kelly at a sitting of Falcarragh District Court on Wednesday.

At a previous sitting of the court, Inspector Siobhan Mollohan said that McGinley’s was ‘primarily a public house with no real restaurant facilities’.

Garda objections arose from a visit by Sergeant Callaghan on August 5, 2020.

He observed approximately 100 people on the premises and noted ‘vert little evidence of food being consumed’.

The Garda spoke with Mr Stephen Elliott, the bar manager whose father is the licensee, who said that they were ‘trying to serve food but few people were buying it’.

Receipts were produced showing a large number of pizzas that had been purchased from a local shop.

Previously, Mr Elliott outlined how there is a specific preparation area in a specific building with an oven in a fully-operational kitchen and a full-time chef. He said they had planned to run a pizzeria before Covid-19, having bought the double-decker bus, named the ‘Pizza Express’ in May, 2019.

He had said that if the application was not granted, 20 staff would be out of employment.

The court previously heard the steps taken by management to ensure Covid compliance.

Judge Kelly said that the law was clear on the matter and a restaurant certificate entitled a premises which was ‘structurally adapted for us’ and was a ‘bona fide’ restaurant to allow for the service of wine and beer with a substantial meal.

“A number of things strike me, based on the evidence,” Judge Kelly said.

“Having gone through each receipt, I notice that a very substantial amount of spirits are accounted for in the till receipts. If that is the case, it is a clear breach of the law. A restaurant certificate only permits the sale of beer or wine.

“The second is that there is evidence, beyond doubt, that McGinley’s is mainly a pub that serves food rather than a restaurant which serves drink.

“There is an area, what is described as ‘a covered seating area’, the beer garden, it seems that it is a part that is capable of being treated separately and is something that maybe the applicant should consider.

“It seems to me that in no way can it be described as being structurally adapted. In fact, the evidence of the drink sold and the type of drink sold, it is not a bona fide restaurant. Like many, it is a pub that serves food.”

Judge Kelly said that suggestions that 20 staff would be out of work ‘doesn’t stand up to scrutiny.

“This doesn’t prohibit them from serving food with drink,” Judge Kelly said, adding that management was entitled to submit a revised application