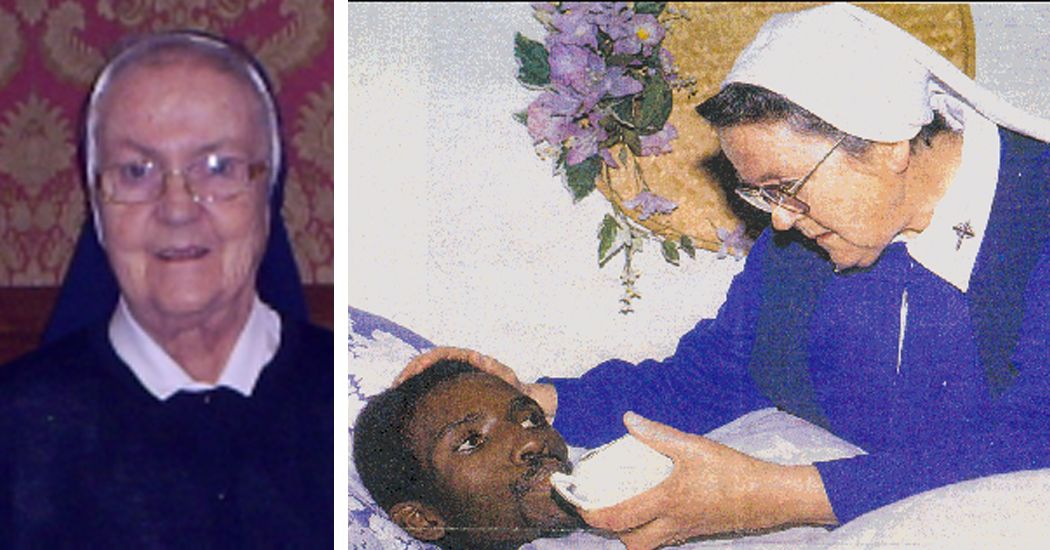 The death has been announced of Sr. Joan Agnes McFadden, a Donegal-born nun who led a remarkable life of servitude.

She passed peacefully on 21st December 2020 at Mater Hospital, Belfast. The beloved daughter of the late Dominic and Margaret McFadden, she is predeceased by her late brothers and sisters: Jimmy, Paddy, Anton, Gerry, Nora, Mary, Margaret and Dominic.

Sr. Joan’s life was dedicated to the care of others. She joined the Good Shepherd Sisters in 1950 and, following a year of missionary work in France, she received the habit and was given the name Sr. Mary of St. Joan of Arc.

In 1955, Sr Joan studied Nursing at Whittington Hospital in London, before travelling to South Africa, where she spent more than 40 years serving in the Foreign Missions as a nurse and midwife.

Sr Joan cared for countless people in need – she watched over single mothers, nursed the elderly, cared for teenagers, started a school for black children and ran a medical clinic for the poor. In 1993 she joined a special ministry of caring for the dying. In a personal letter, published on Creeslough.com, she said: “At first I thought it would be depressing but it turned out to be the opposite.

“I thank God that I can care for and comfort these patients during their last days on earth. It’s a very stressful time for them and their families. However, it’s amazing how they improve while they are with us at Sacred Heart House. Some die within a week but others improve enough to go home.   It would appear that our little bit is like a drop in the ocean but that is all that God asks of any of us – that we do what we can.”

In 2005, Sr. Joan celebrated her Golden Jubilee of her profession into the Good Shepherd Sisters in Derry.

Sr. Joan is deeply regretted by the Good Shepherd Sisters, her sisters Anne, Sarah and Catherine; her brother Colm; her nephews, nieces, the wider family circle and friends; the management and staff of Our Lady’s Nursing Home, Belfast. May she rest in peace.

Requiem mass will take place at St. Columb’s Church, Chapel Road, Derry at 10am on Wednesday 23rd December 2020, which will be streamed live on the parish webcam at https://youtube.com/c/WatersideParish followed by burial at St. Mary’s Cemetery, Ardmore.

On Her Soul Sweet Jesus have Mercy.