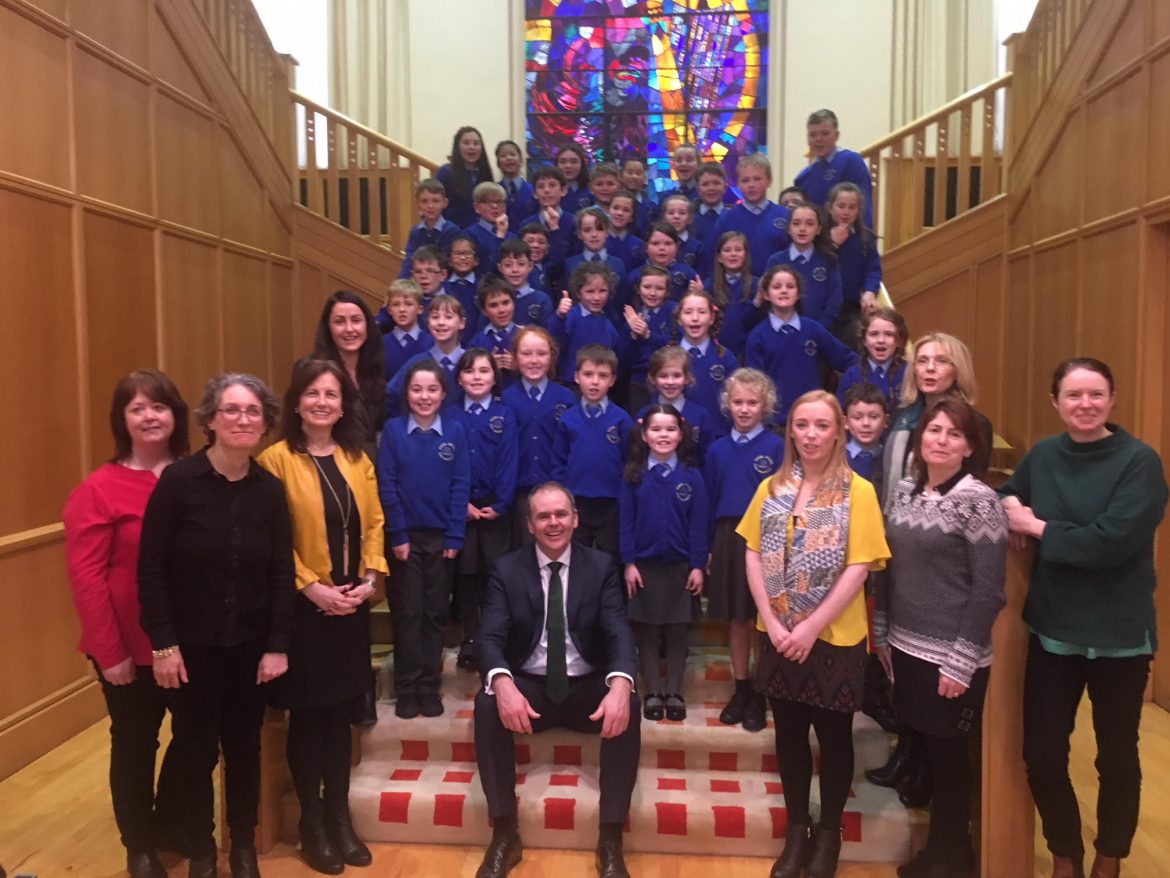 Delight for Moville as primary school development gets planning permission

A NEW four-classroom primary school is to be built on the site of a derelict school in Moville.

Planning permission for the development by Gaelscoil Cois Feabhail has been granted by Donegal County Council.

Picture: Pupils from Gaelscoil Cois Feabhail with the then Minister for Education Joe McHugh on a visit to Dáil Éireann

Funding for a new premises was granted in September 2017.

There are 81 pupils enrolled at Gaelscoil Cois Feabhail, which is located in temporary premises at the Moville GAA Club, but will now get a new building on the site of the old boys school in the Foyleside town.

Planning permission was sought by Anthony Doogan, the Chairperson of the Board of Management for Gaelscoil Cois Feabhail.

The proposed development will include the demolition of the existing derelict former Scoil Naomh Iosaf National School building.

A new single-storey four-classroom primary school will be constructed.

A new car park, a new ball court and junior play area will also be provided.

Another condition is that, prior to the demolition of the original dilapidated and fire damaged school on the site, the applicant will submit a written agreement for a photographic record of the structure to  be demolished.