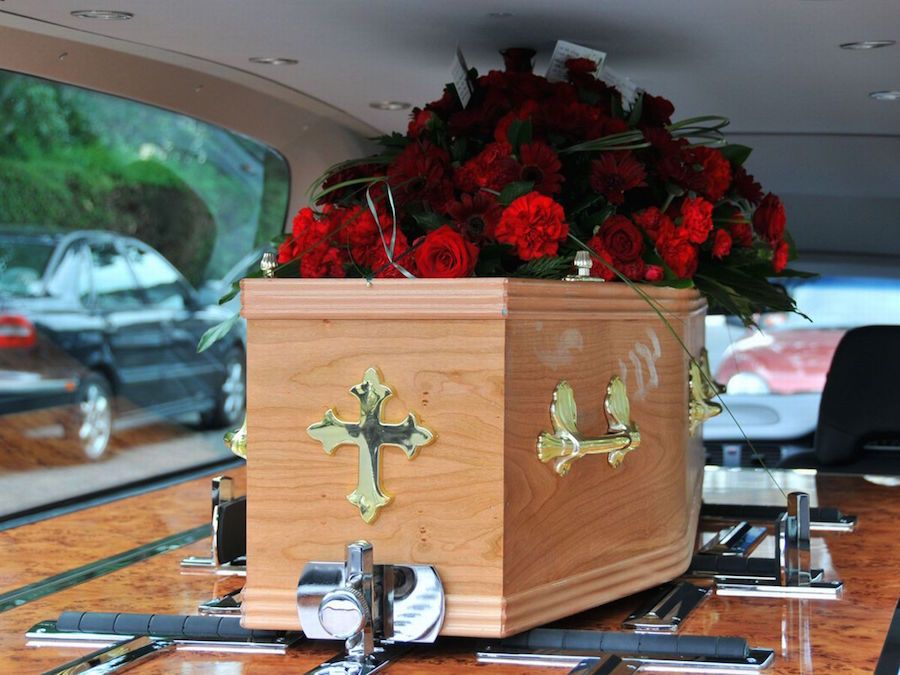 Donegal undertaker’s plea to respect those who have passed

A well-known local undertaker is asking the public to revive an old tradition in honour of all those who are dying from Covid at present.

Because of Government restrictions, many people cannot attend wakes or attend funerals.

Undertaker Charlie McClafferty has seen first-hand the heartache of families at not being able to share their grief with close family members and friends.

Mr McClafferty, who is a fifth-generation undertaker who runs McClafferty Funeral Directors in Letterkenny said people are struggling to properly grieve.

Now he is hoping to help a campaign which aims to restore dignity to those who pass at present and who cannot have mourners at their funerals.

The public is being asked to simply bow their heads and stand still if a hearse passes them by on the street.

Mr Clafferty said it would be nice if the Irish public observed a similar moment of respect.

He said “We found that people coming out to the end of lanes in the countryside and because of that we stop with the remains at every lane where people are gathered.

“It is impossible for people to be able to attend wakes and it has left a huge gap in the grieving process.

“At least this will allow people to be able to show some level of respect if they cannot attend a wake or a funeral.

“I really hope it does take off and I hope the public get behind it.”

Despite a ban on people attending wakes, Mr McClafferty certainly does not think this is the end of the traditional Irish wake.

“I don’t think that will ever happen especially in rural Ireland.

“Wakes are such a huge part of the Irish fabric and people get so much from them in times of sadness and loss.

“I have spoken to so many families and they have been si disappointed that they have not been able to hold wakes because of Covid restrictions.

“I think when things clear up wakes will come back stronger than ever before,” he said.

Donegal undertaker’s plea to respect those who have passed was last modified: January 11th, 2021 by Staff Writer