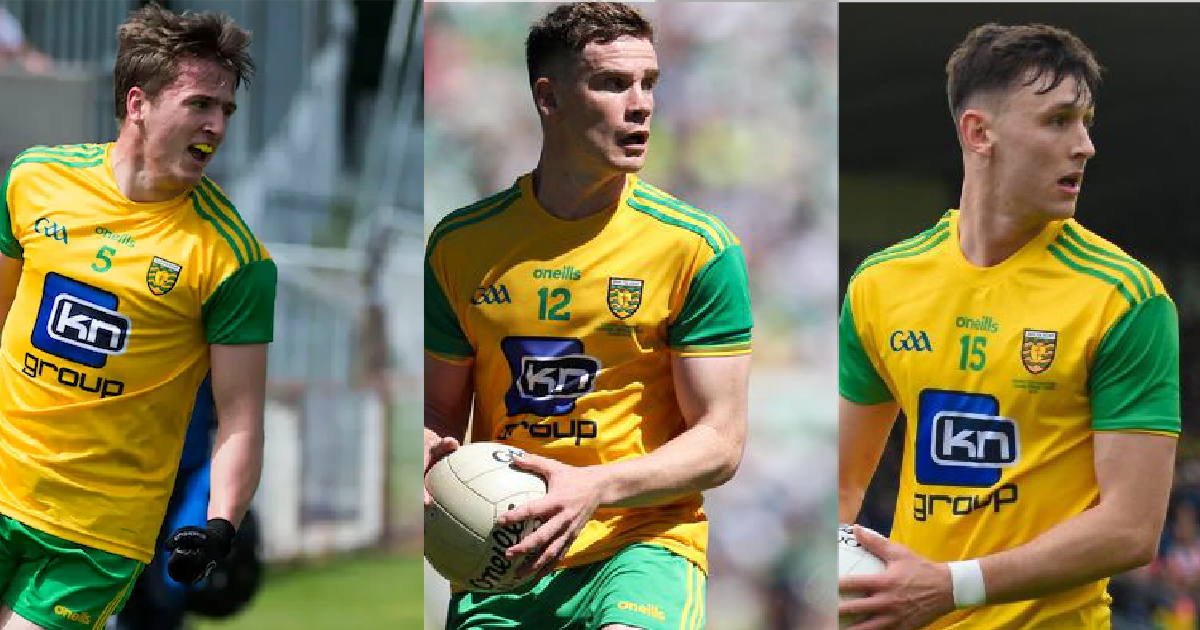 THREE Donegal players have been named among the PwC football All-Star nominations.

Peadar Mogan, Ciarán Thompson and Michael Langan are included in the 45-strong shortlist.

Mogan, Thompson and Langan were to the fore as Donegal reached the Ulster final, but they lost out to Cavan in the provincial decider at the Athletic Grounds.

Mogan is nominated in the the defenders with Thompson and Langan two of the forwards nominated.

The history-making, six-in-a-row All-Ireland champions Dublin head up the high-calibre 45-strong shortlist with 13 men throughout every area of the pitch.

Beaten finalists Mayo are next with 12 contenders for the final 15.

After winning a first Ulster title since 1997, Cavan have been rewarded with seven nominations. The Breffni County’s previous winners are Ollie Brady (1978) and Dermot McCabe (1997).

Tipperary’s memorable march to a first Munster senior football title since 1935 is reflected in four nominations for defenders Kevin Fahy and Bill Maher; with Colin O’Riordan among the midfield contenders and captain Conor Sweeney named among the forward contenders.

Also announced today are the players who have been shortlisted for the PwC GAA/GPA Footballer of the Year Awards.

Dublin’s Brian Fenton (Raheny) and Ciaran Kilkenny (Castleknock) are joined by Mayo forward Cillian O’Connor (Ballintubber) in the shortlist for the PwC GAA/GPA Footballer of the Year Award – which will be chosen by their peers.

The vote for the PwC GAA/GPA Young Footballer of the Year Award will be an all-Mayo affair with emerging stars Oisín Mullin (Kilmaine), Eoghan McLaughlin (Westport) and Tommy Conroy (the Neale) shortlisted.