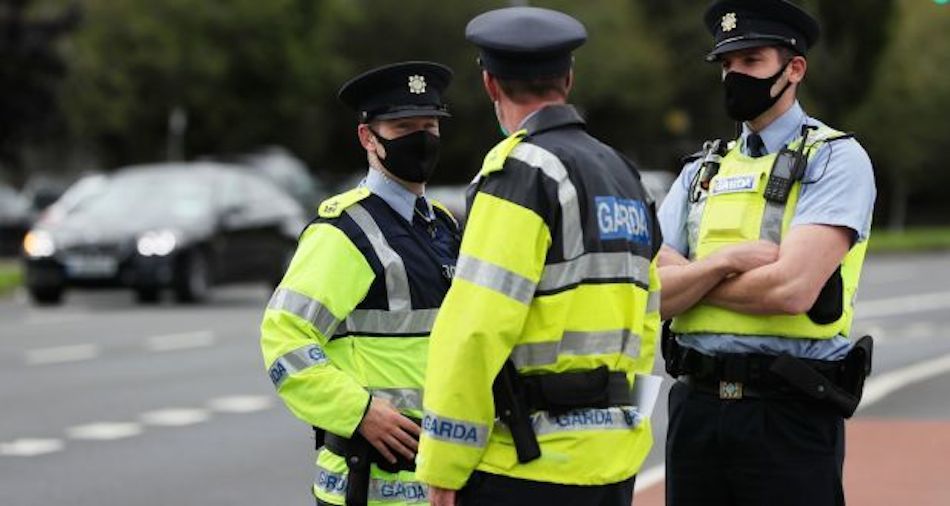 A GROUP of onlookers attempted to remove a Garda’s face mask as he was performing an arrest.

The men surrounded a patrol car as Gardaí were arresting the suspect in Kilmacrennan, Letterkenny District Court heard.

Keelin Shields was one of a group of approximately 30 people who were exiting Danny O’s public house in Kilmacrennan at 11.25pm on December 23, 2020.

Shields (21) of Woodlands, Tirloughan, Carrigart, was charged with being intoxicated in a public place and using threatening, abusive or insulting behaviour on the same night.

Gardaí were in the patrol car when someone banged on the back of the car. Gardaí observed Shields proceeding to run in the middle of the road and when Gardaí apprehended him, he told them to ‘f*** off’.

After his arrest, a number of people surrounded the car and began recording the incident on mobile phones as Shields was being placed in the back.

“A number of persons tried to pull the face mask off Garda Burke,” Sergeant Dalton said.

Judge Paul Kelly enquired if there had been any suggestion of a breach of Covid-19 regulations.

“I have been reading the media reports about Letterkenny University Hospital being overwhelmed with Covid-19 case and we wonder how we got here,” Judge Kelly said

“There is nothing to substantiate any issue with Danny O’s,” Sergeant Dalton added.

Solicitor for Shields, Mr Frank Dorrian, said the incident was ‘more in the nature of a prank’.

“It was an occasion of much merriment,” Mr Dorrian said. “Someone, not he, slapped the boot of the patrol car and thought it was funny.

“Gardaí pointed at my client and he decided to add to the confusion and took off. Matters unfolded from there.

“He was arrested and taken away and others became involved due to their conditions. There was unease at the time of his arrest, but it wasn’t of his doing.”

Mr Dorrian said that the incident was ‘completely regretted’ by Shields, who has no previous convictions.

Judge Kelly said that if Shields made a €200 donation to Letterkenny Youth and Community Club he would not impose a conviction.