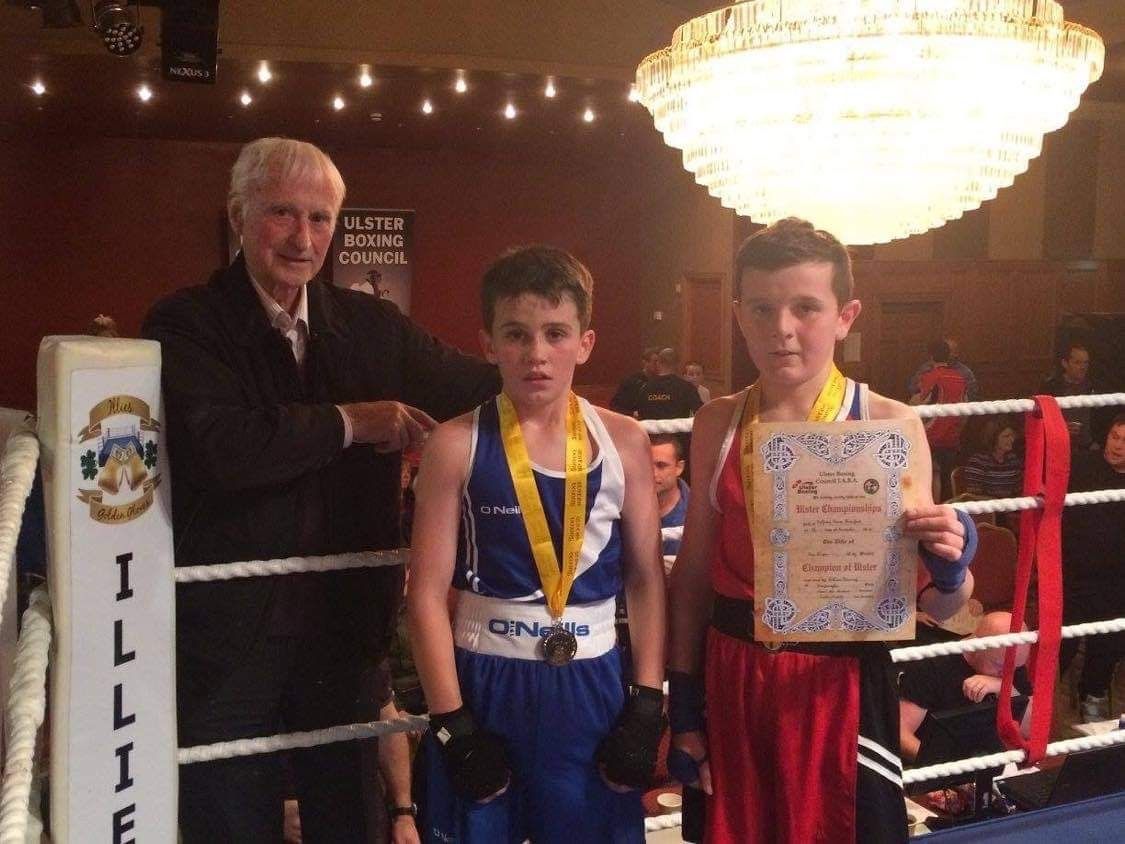 TRIBUTES have been paid following the death of Donegal boxing stalwart Mickey Durning.

Late of Main Street, Dunfanaghy, Mickey passed away at his home in the early hours of this morning.

In the late 1970s, he was a founder member of the Dunfanaghy Amateur Boxing Club.

From its formative days, Mickey remained an integral part of the canvas of the club.

“Mickey was a founding member of the club and a stalwart at every training session and tournament for over 40 years,” Dunfanaghy ABC said.

“It’s with a heavy heart we post today that Dunfanaghy ABC lost its most loyal supporter. Mickey was loved by all members, both young and old at the club.

“He will always be remembered for his smile and kind words of encouragement to every young boxer.”

Mickey was a sterling supporter of club tournaments wherever boxers with the blue and white vests of his beloved club would go.

His three sons, Hugo, Patrick and Michael all represented the Dunfanaghy club over the years, while his grandsons were also proving proficient in the sweet science.

Indeed, one of Mickey’s proudest moments was in November 2016 when he got to present one of his grandsons, Cillian Durning, with an Ulster 9 County title after he defeated Michael Maughan in the Boy 2 42kgs final at the Halfway House, Burnfoot (pictured above).

“For over 40 years he was a very highly respected boxing figure throughout the length and breath of Ireland,” said Donegal Boxing Board President Peter O’Donnell, a long-time friend of the Durning family.

“On behalf of the officers and members of the Donegal boxing board l offer our sincere condolences to his wife Bridie sons daughters and all his grandchildren and his wider family circle.

“May God grant him eternal rest in the squared circle in the sky.”

Michael Durning is survived by his wife Bridie, sons Hugo, Patrick and Michael, daughters Ann Marie and Breda and a wife circle of family and friends.

Funeral Mass can be viewed on: https://mcnmedia.tv/camera/holy-cross-church

Due to HSE and government guidelines wake, funeral and burial is strictly private to family only with a maximum of 10 people. Family flowers only please donations in lieu if desired to the Donegal Hospice C/O any family member or James Harkin, Funeral Director, Creeslough.

Sadness at passing of a great sportsman...

Sad passing of Letterkenny Garda with ‘most...

Sadness at passing of businessman and shooting...

Genuine sadness at passing at one of...