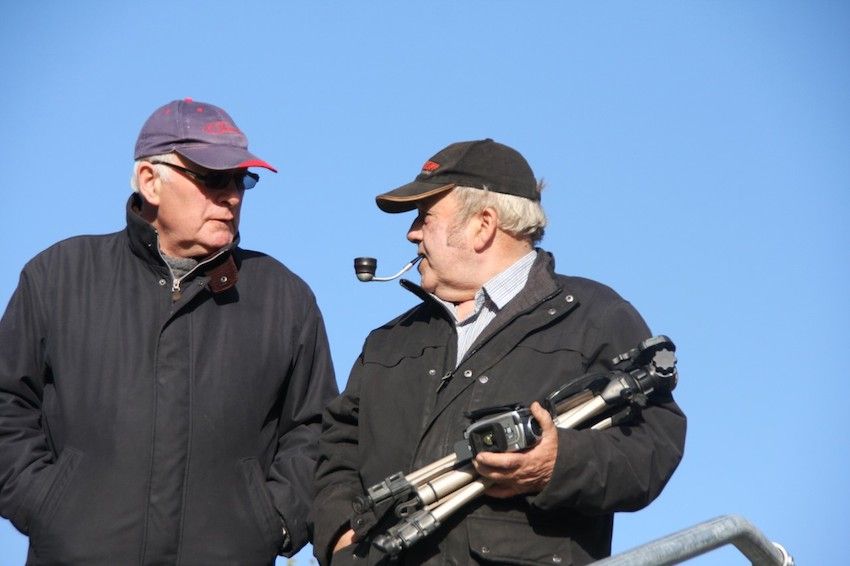 THE death has taken place in Kilcar of popular GAA supporter Conal Byrne.

Late of Muckross, Kilcar, Conal passed away on Sunday.

Picture: Conal Byrne (right) with the late Vincent Curran a number of years ago. Picture via CLG Cill Chartha.

With his trusted pipe, Conal was a familiar face at Kilcar games, at his beloved Towney – where he was an ever-present on the ‘grandstand’ – and further afield. He was also an ardent supporter of Donegal teams and he also traveled across Ulster to support Coláiste na Carraige in provincial competition.

CLG Chill Chartha said in a tribute: “We would like to express our sincere condolences to the family and friends of Conal Byrne, Muckross who sadly passed away.

“Conal was great club and county supporter and was a familiar face at all our games (and county games) he will be a big miss at matches when they resume.”

“Our thoughts and prayers are with you all,” the club added.

Removal from his house on Wednesday, February 3, at 11.30am for Funeral Mass in St Cartha’s Church, Kilcar at 12 noon with interment afterwards in Kilcar Cemetery.

Covid-19 restrictions apply to the wake, funeral and burial.