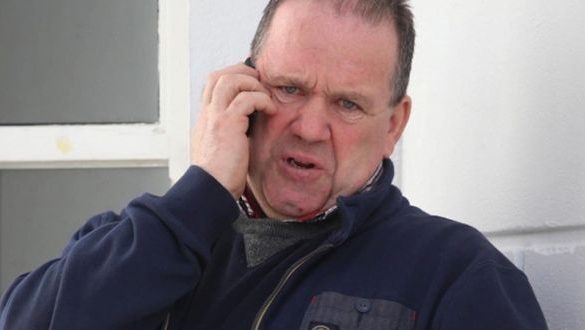 The High Court has adjourned for a year a legal challenge brought by a businessman jailed for nine weeks arising out of illegal dumping in Co Donegal.

The challenge is against another waste disposal company operating a waste facility, allegedly without proper planning permission.

The action was brought by Jim Ferry who claimed that another waste facility, has been operating without proper planning permission.

That facility, located at Labbadish, Manorcunningham, is operated by firms John Caulderbanks trading as D&M Services, and D&M Environmental Services Ltd trading as DM Waste, who opposed the application.

In a written judgement Ms Justice Miriam O ‘Regan said she was satisfied to adjourn the matter for a year to allow the respondent firms time to regularise their planning situation.

The court, after considering the planning history of the defendant, said that the development, which had been regulated for most of its existence, was currently unauthorised.

Donegal Co Council issued a warning letter to the respondents in 2018, which was followed up with two enforcement notices requiring the cessation of the use of lands as a waste facility.

The council did not proceed further with these matters, the judge said. This was because the respondents had been making ongoing attempts to regularise their situation.

This was being done before Mr Ferry had initiated his proceedings, the judge added.

An inspector from An Bord Pleanála found that while the development was unauthorised in this case this should not be a bar to granting the respondent ‘substitute consent’ which would allow the respondents to continue to operate the facility, the judge added.

The respondents’ engagement with the planning authorities had also been delayed due to developments in the legislative process, the judge also found.

The court heard that Mr Ferry was the subject of separate proceedings brought by Donegal Co Council over the operation of, and the storage of waste, at Rossbraken, Co Donegal by his former company Ferry Refuse Collection.

Those proceedings arose after the council claimed that instead of properly disposing of the waste Mr Ferry illegally buried on the lands. Waste collection and storage ceased at that site in 2017.

Mr Ferry, who said he made every effort to deal with the breaches of his Waste Facility Permit and remove waste from the site, was jailed for nine weeks in 2019 over his failure to comply with certain orders made by the High Court.

Mr Ferry claimed that while he was dealing with the local authority in relation to his own business, he brought it to their attention that other waste operators were involved in illegal activities.

He claimed that nothing was done about and in his proceedings against D&M entities sought orders restraining them from continuing the alleged unauthorised development by using the lands at Labbadish, Manorcunningham as a waste and recycling storage facility.

He also sought orders preventing the respondents from holding, disposing or recycling waste that is damaging the environment at the waste facility.

Opposing the application, the respondents claimed Mr Ferry’s action was motivated by Mr Ferry’s person grievance and a campaign of retribution against them, allegations which he denied.

The respondents gave a detailed planning history accepted that enforcement notices had been served on the site by the local authority but said that it has been attempting to regularise its situation since 2018.

In her decision Ms Justice O’Regan said that based on the evidence before the court and decisions from the higher courts in relation to Section 160 applications she was adjourning the action for a year.

This was to allow applications by the respondents to An Bord Pleanala, for substituted consent, to Donegal Co Council regarding the firms obtaining future planning permission to continue to use the site, to take their course.

The judge said that the closure of the respondents’ business would have adverse affect in Co Donegal.

Mr Ferry, she said was “a notorious environmental polluter in Donegal” whose reasons in bringing the proceedings the judge said were “at best” “highly suspicious”.

They were at worst disconnected from planning concerns, and were motivated by a personal grievance.