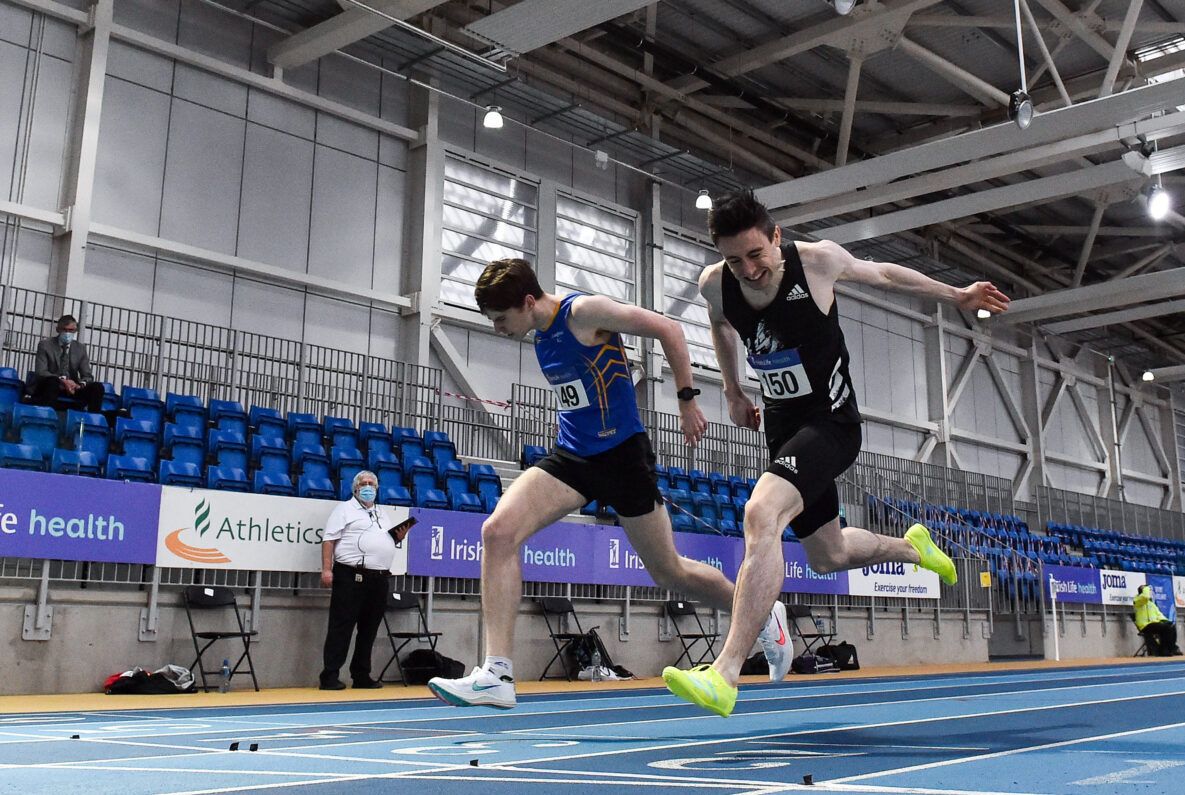 AS THE European Indoor Championships come in to focus, Mark English broke his own Irish indoor 800m record this afternoon.

Finn Valley AC ace English nodded over the line in 1:46.10 at the Sport Ireland National Indoor Arena on Saturday.

That time bested the 1:46.82 he set eight years ago at the AAI Games in Athlone.

“Delighted to get the win – and delighted with the time,” English said.

“It’s really nice, especially at this stage. I’m not a young guy any more. It was nice to come back with a quick time.”

English – who hailed his loyal sponsors and Sport Ireland for showing their faith in him – won silver at the 2015 European Indoors in Prague and was the 800m bronze medalist at the 2019 edition in Glasgow.

In two weeks’ time, English goes in the 2021 version of those Championships in Poland.

English said: “I didn’t think Cian would come back, but he’s the future of Irish athletics. It was a great race and it’s nice to have that competition. It was nice to hold on by the skin of my teeth and great to go to the Europeans with an Irish record.”

Towards the end of 2020, English linked up with a high-profile training group in Dublin and has been showing real form in training lately.

The three-time European medalist, who competed at the 2016 Olympic Games in Rio, is working with the Dublin Track Club, under the tutelage of Irish athletics coach Feidhlim Kelly and has qualification for the Olympic Games firmly in his sights.

In a fortnight, English lines up at the European Indoors in Toruń. After linking up with Finn Valley AC in early 2020, Covid-19 pulled the rug from beneath his plans.

In the women’s high jump, Sommer Lecky cleared 1.75m. Lecky, the 2018 World U20 silver medalist, and Kelly could target the European Under-23 Championships later in 2021.