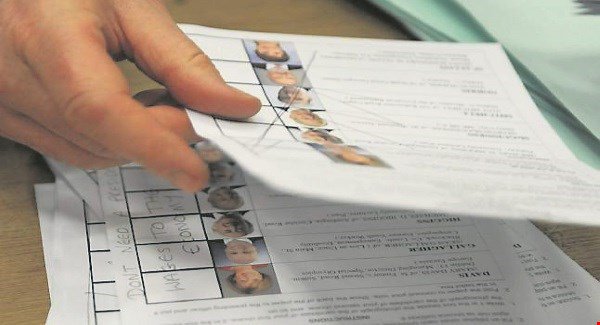 Public confidence in the government’s management of the pandemic has slumped since last autumn, according to the latest Irish Times/Ipsos MRBI .

Published in today’s Irish Times, it also reveals party support for both Fianna Fáil and Fine Gael has also fallen.

More than half of voters say the Government is “not doing a good job” handling the pandemic.

Taoiseach Micheál Martin and the Minister for Health Stephen Donnelly both receive unfavourable ratings from a majority of voters for their performance on Covid-19.

The personal rating of Tánaiste Leo Varadkar, meanwhile, has slumped by 13 points, though he is still the most popular of the party leaders.

Just 45 per cent of respondents to the poll say that the government is “doing a good job” in its management of the pandemic, a drop of 13 points since the most recent poll for The Irish Times last October.

Those saying the Government is “not doing a good job” have jumped to 51 per cent, an increase of 15 points.

The party support figures show declines for both of the large coalition parties, with Fianna Fáil dropping by three points to 14 per cent, and Fine Gael dropping by five points since the October poll to 30 per cent today.

There is better news for the Green Party, however, which sees a marginal recovery of two points to six per cent, almost reaching its General Election level of seven per cent.

There are no gains for the main opposition party, with Sinn Féin seeing a marginal decline of one point to 28 per cent.

The poll was taken on Monday (February 22nd) and (February 23rd) Tuesday of this week, with researchers interviewing 1,200 adults by telephone.

A return to telephone sampling was necessitated by pandemic restrictions, while the October poll used face-to-face interviewing.

The accuracy level is estimated at plus or minus 2.8 per cent.