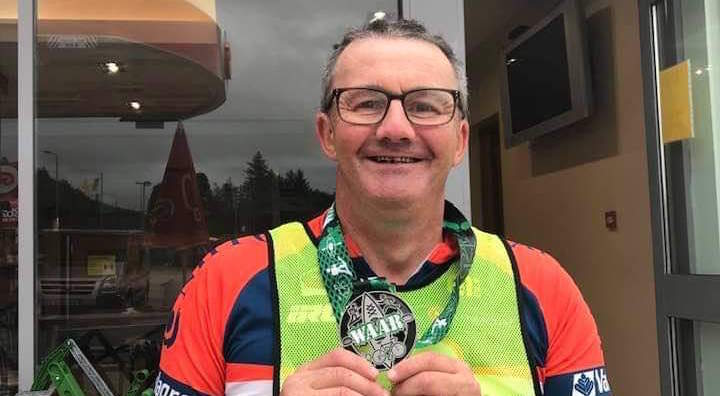 The depth of sadness which spread throughout the Rosses and further afield this morning when word of Martin Gallagher’s passing made its way out was palpable.

The many messages of condolences and tributes on social media to the 52-year-old who passed away after a long and brave fight with his illness at Letterkenny University Hospital said it all.

Martin Gallagher was from Carrickfinn.

He was many things. A husband, a father, a brother, a son and a friend.

He was a community man who loved the Rosses and was above all else, was content with his lot.

While many of us strive for far away, greener hills, Martin’s life shouted contentment.

He lived in the now and lived it to the full with and for wife Marie and their two sons Oisin and Ciaran.

That shrug of the shoulders and that smile, nothing was ever a bother when asked.

Good pal Donal O Searcaigh put it best when he said “Martin, you were a friend to everyone you met.”

Among the many tributes which poured in for Martin was a lengthy and amusing one for him from Rosses Athletic Club which he became a member of relatively late in life.

Along with Marie, the couple ran for fitness health and above all else fun.

That was Martin’s philosophy, living life for fun.

The Rosses has lost a dear friend and a good man long before his time.

Martin’s remains will arrive at his home tomorrow (Wed) at approximately 12.30pm.

His funeral mass will take place on Thursday, March 4th at Star of the Sea Church in Annagry followed by burial in the new graveyard, Annagry.

The funeral mass, in compliance with Covid regulations, will be broadcast on the Colm Gillespie Funeral Director Facebook page.