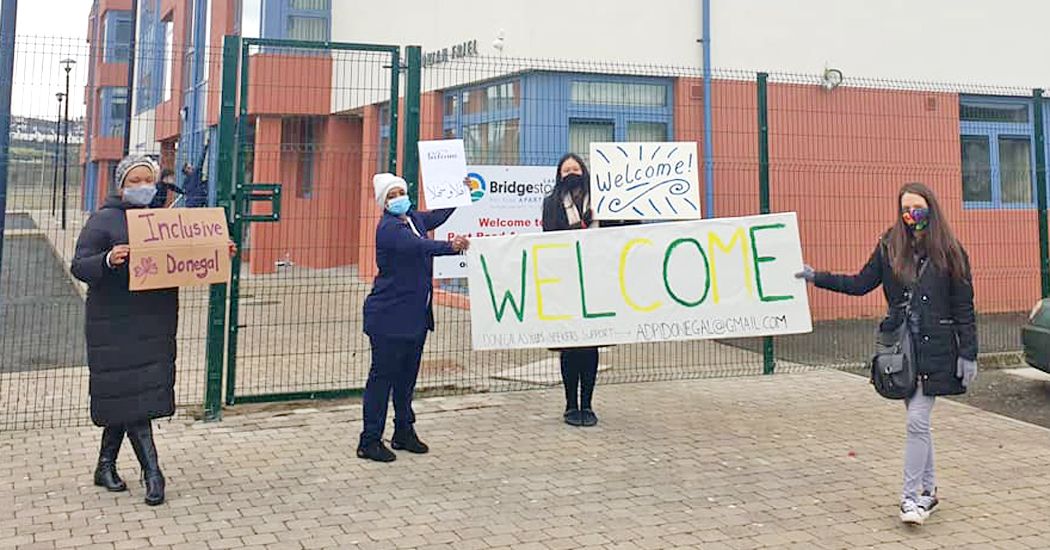 ‘Asylum seekers want to work and make their own way’

“They are not here to take your jobs, they are not here to drain your social welfare. They are here to seek safety, because it’s not safe to live in the country where they are from,” says Eve Li, a volunteer with the Donegal Asylum Seekers Support Group (DASSP).

“Most people are being really good and generous with donations. But there are a lot of people who have this misconception about what an asylum seeker is. It’s not just here, it’s everywhere in Ireland and in most countries.”

Members of DASSG and Donegal Welcomes formed a small welcome party for the first residents of the Port Road Accommodation Centre on Friday. 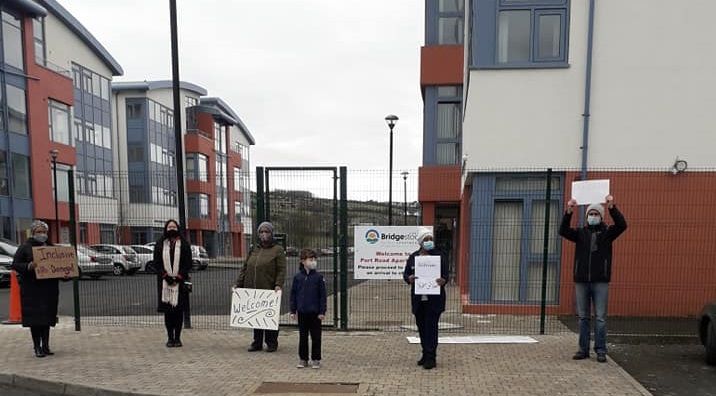 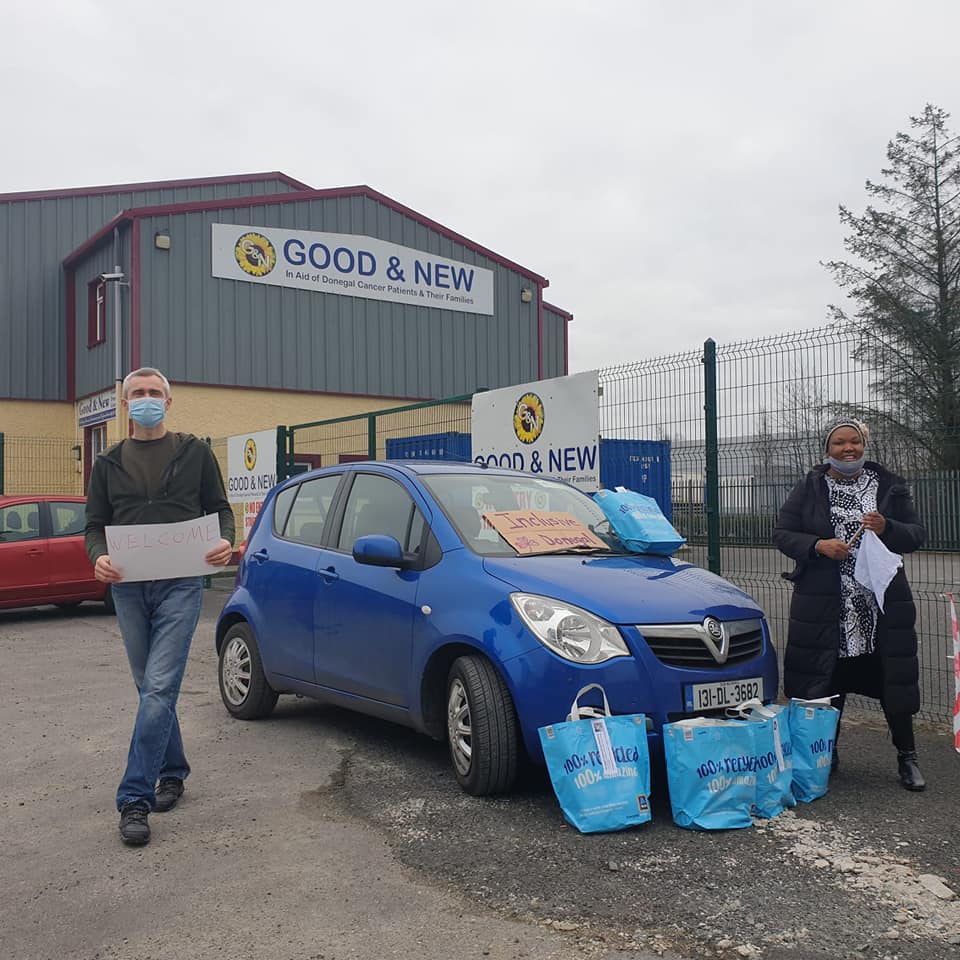 Welcome signs greeted approximately 20 people as they moved into the apartment complex yesterday. The families had previously lived in emergency accommodation in Portsalon. Around 300 people are expected to be moved into the centre in the coming months. Social care  and accommodation services will be provided by management company Bridgestock Care.

The Donegal Asylum Seekers Support Group (DASSP) campaigns for the abolishment of Direct Provision, but they have welcomed the fact that accommodation in Letterkenny ensures asylum seekers are much closer to amenities, GP surgeries and schools.

Li told Donegal Daily: “Asylum seekers want to be independent. With direct provision, they have so many choices made for them. They come from another country where they had no choice but to leave it and they come here. They have been transported to the middle of nowhere.If you can’t drive and you don’t have a work permit, how are you supposed to integrate?

“It is great that they have been moved to a more accessible place now, but what most asylum seekers want is to work, to have a driving licence and make their own way.

“They want their independence, to pay their own rent, and provide for their own children.

“They don’t want to be living in a place where everything is controlled.”

A key issue relating to the Port Road Centre in Letterkenny is a cashless shopping system which limits residents to an onsite food hall.

Management at the self-catering centre will give residents a number of ‘points’ to use for food, toiletries and essentials in a store located in the complex.

It is understood that residents will also have a weekly allowance of €38.50 per adult and €29.80 per child per week to spend outside the centre.

“We were hoping for residents to be allowed to spend their points outside the centre,” Li said.

“It really doesn’t make any sense, there are so many shops in Letterkenny and their points could be used to improve the local economy.

“Nappies, wet wipes, they all add up and people would like the choice to shop around for special offers.” 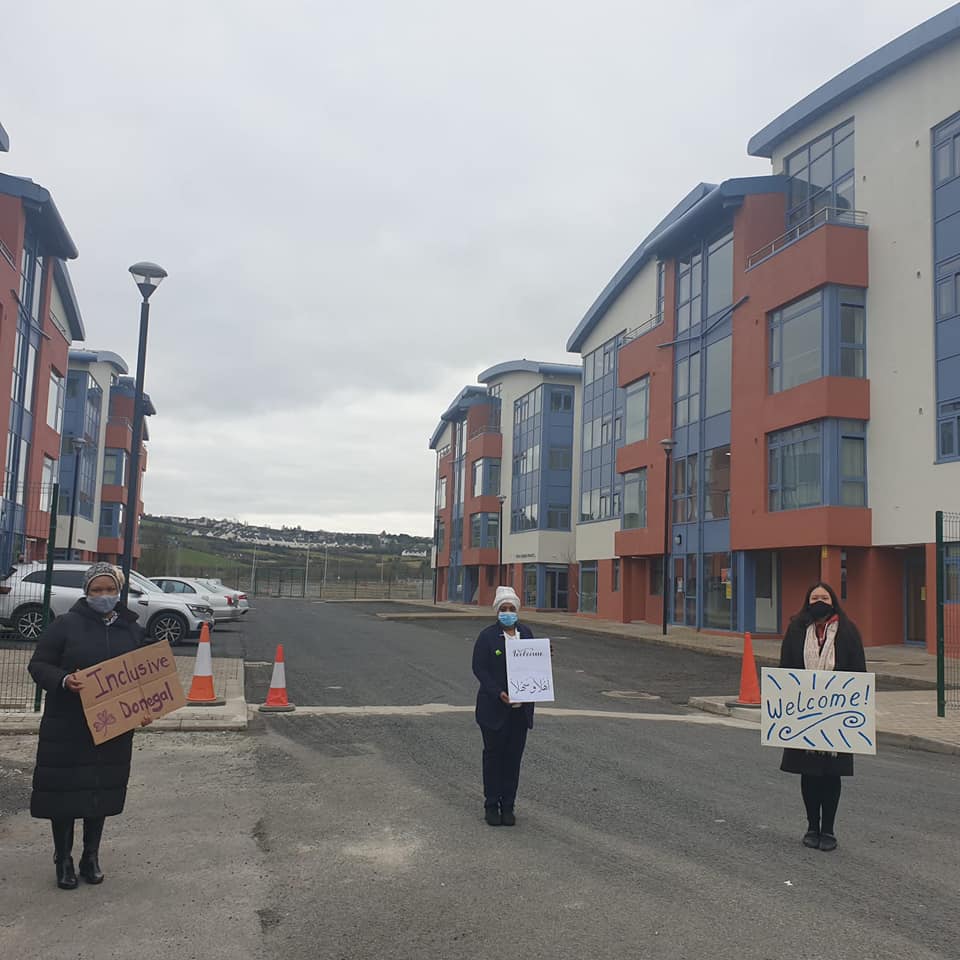 DASSG aims to empower asylum seekers by working directly with residents, not centre management, to support their needs.

“We are waiting for them to settle into their accommodation and then to tell us what support we can give them, rather than us telling them what they need,” Li said.

DASSG will run a friendship project where volunteers will be paired with an asylum seeker to offer support. This is separate to the ‘Friends of Centre’ group to be established by staff of the centre.

In the meantime, a community campaign is underway to collect essential items, toiletries and baby supplies for families moving to Letterkenny.

See the poster below for a list of items that are needed, for collection details, contact the Donegal Asylum Seekers Support Group on adpidonegal@gmail.com 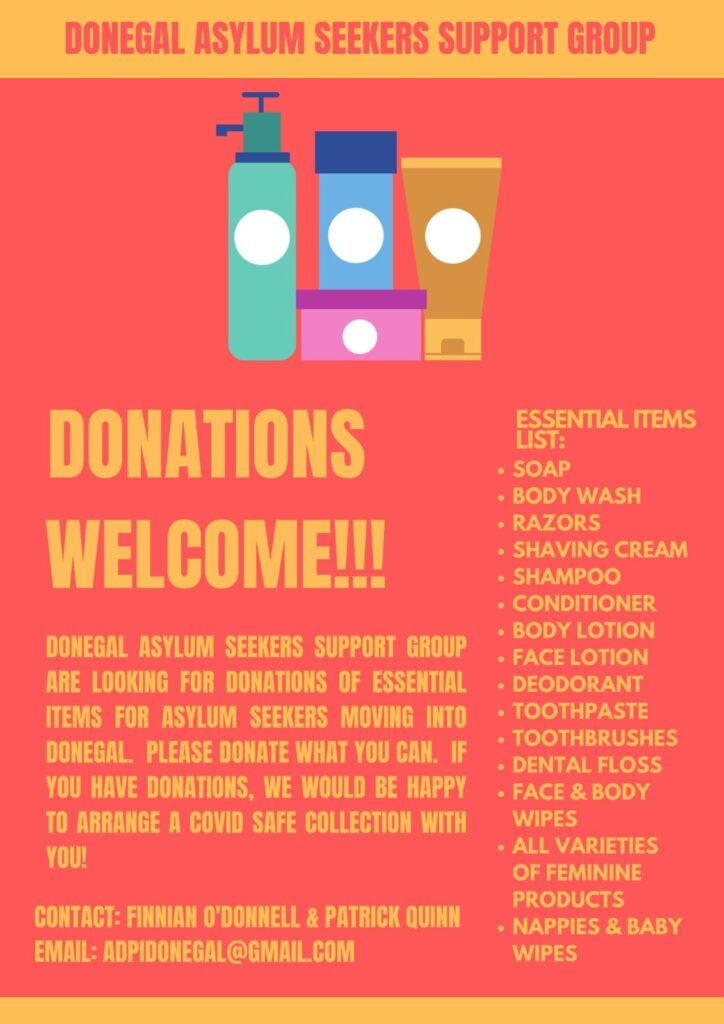 ‘Asylum seekers want to work and make their own way’ was last modified: March 9th, 2021 by Rachel McLaughlin