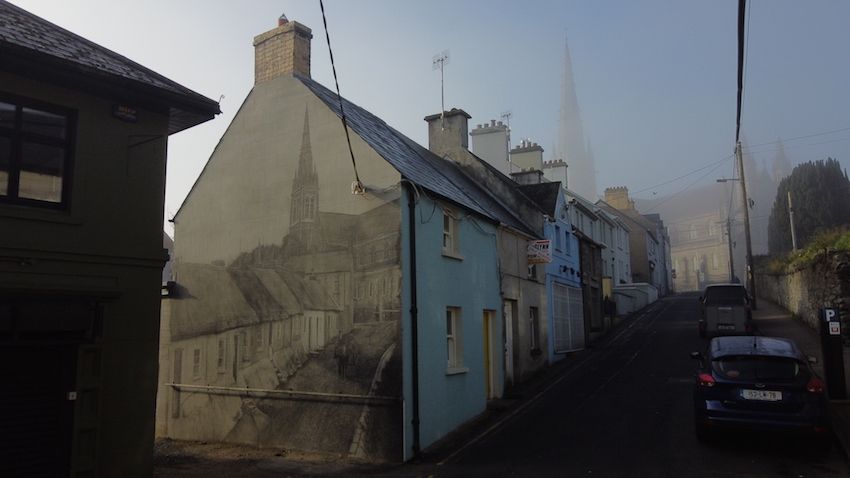 Plaque for all who sponsored historic Letterkenny mural

Letterkenny’s Cathedral Quarter committee has sent out a huge thanks to anyone who sponsored a block for their stunning mural.

The official unveiling of the Lawrence Collection Mural has been delayed until the current restrictions are eased.

However, the Letterkenny Cathedral Quarter committee would like to thank everyone who assisted in its creation.

Last year, artist Ciaran Dunlevy was commissioned to paint the iconic photograph of Church Lane and St Eunan’s Cathedral taken by Robert French at the turn of the 20th century on the gable end of No. 2 Church Lane.

Owner of the building Lee Gooch had given his blessings.

The committee then asked the public if they would like to buy a block on the wall to help cover the cost of the mural and we would like to thank all those who contributed.

A plaque with the names of all those assisted in the creation of the mural will be unveiled during the official launch.

Minister of State for Heritage Malcolm Noonan T.D. will be our special guest of honour at the launch on what will be another momentous day for Letterkenny Cathedral Quarter.

Plaque for all who sponsored historic Letterkenny mural was last modified: March 10th, 2021 by Staff Writer