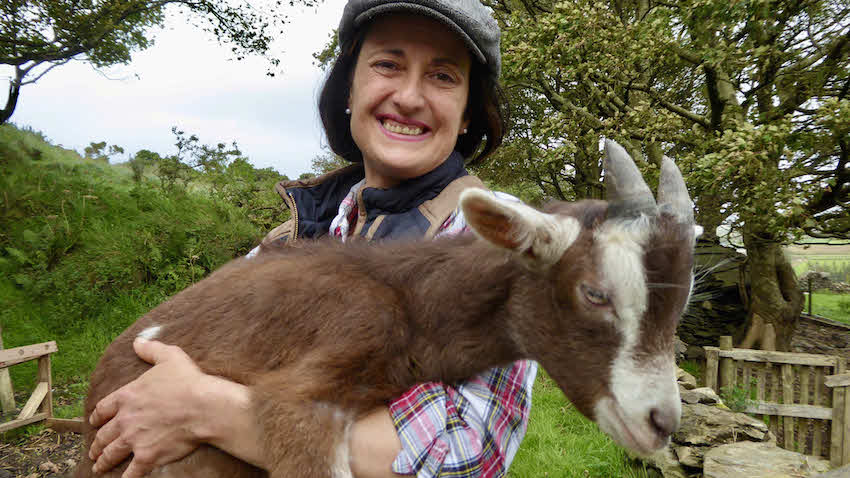 From Jimmy Choos to Rigger boots for Donegal farmer

A fascinating woman who swapped pop music and the streets of Glasgow for goats and the hills of Donegal will feature on TG4 on St Patrick’s Day.

Isabella Rowatt will give a sneak peak into her new life when she features on the Beidh Aonach Amárach programme.

Although the agricultural shows did not happen this summer, the dedicated competitors and exhibitors continued with their hard work and dedication perfecting their craft.

Competitors let viewers into a few secrets to winning the best in show over the years.

Isabella started off her career singing pop music and then became the lead singer of a rock band, then played the bass guitar for a band but always had family from Donegal.

She bought an old farm and started taking in waifs and strays – she had a few goats and then decided she needed to train as a farmer – from Jimmy Choos to Rigger Boots!

Her farm is nestled in the foothills of Donegal overlooking the stunning Glenveigh mountain range.

She makes goat burgers from her herd – and her product has just been selected by Supervalu as an addition to their shelves.

She is currently working on the packaging etc for that. She has 80 of a herd but also has about 15 as pets and a donkey.

She would have sold her goats burgers at festivals and shows and has recently parked the van up at her farm – creating an outdoor seating area for people to stop and order food.

She has a little bit of a petting farm – kids used to automatically stop on the lane to see the little goats and the donkey and she has developed this recently to give the kids more to see and do.