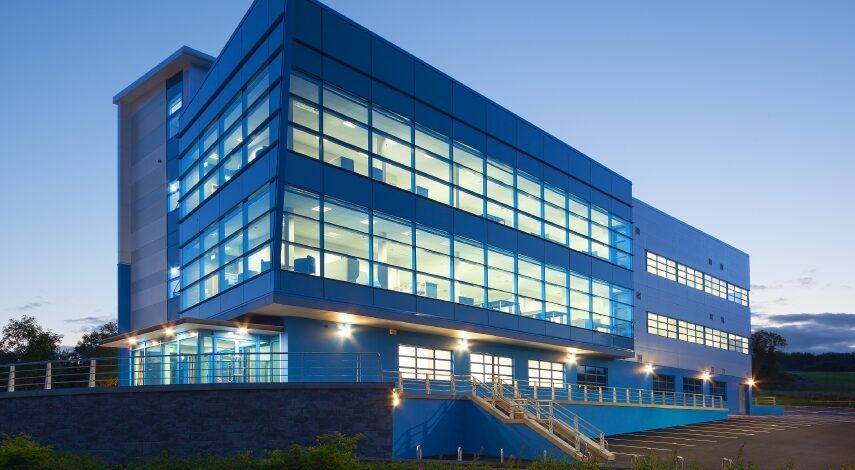 A Letterkenny IT firm is to recruit 55 new software engineers, it has emerged.

SITA is the world’s leading specialist in air transport communications and IT solutions.

It already employs more than 150 people at its state-of-the-art plant on the outskirts of the town. The company, which first set up here in 2003, is said to be ramping up development of its airport portfolio.

The jobs boost was welcomed this morning by Minister for Agriculture, Food and the Marine and Donegal TD, Charlie McConalogue.

He said the company is significantly expanding their Agile DevOps teams by hiring over 55 people in Letterkenny to develop the next generation of its highly successful SITA AT AIRPORTS portfolio. These new roles include software engineers, test engineers, UX designers, scrum masters and product owners.

“I welcome SITA’s decision to expand operations in Letterkenny by creating 55 new jobs in the next two years,” Deputy McConalogue said.

“This is much needed positive news for Donegal after the impact COVID-19 had on the local economy. It is a vote of confidence in the talents of Donegal employees and of the local economy by SITA.”

The Minister went on to say the expansion is further proof that Letterkenny and the north west are software-innovation hubs, and internationally recognised.

“I wish SITA every success in its expansion. As a Donegal Minister, I will continue to work with the IDA and my government colleagues to promote the benefits of Donegal as a place to do business. This is further positive news for Letterkenny following on from the granting of over €18m in URDF funding for the town and again highlights confidence in the town.”

As the air transport industry begins its slow recovery from COVID-19, airports, airlines and governments are looking to further streamline their operations and passenger journey through automation and digitisation.

To meet this growing demand, SITA is accelerating the innovation and development of new solutions across baggage management, airport operations, passenger processing and border management. These solutions are used in more than 1,000 airports and more than 60 governments globally.

He said “I am really pleased with the news that SITA is expanding in Letterkenny, creating 55 new jobs over the next two years.”

“This planned expansion highlights the company’s continued commitment to Donegal and the North-West.

“I would like to acknowledge this commitment by SITA to Letterkenny and the progression of this company from twenty employees in 2003 to the current level, with some of those employees still working within the company.

“I wish to commend the leadership of Vincent Kennedy and his team in ensuring that the company continues to progress.

“I was glad to officiate at the formal opening of their new state of the art offices in 2015 and I saw first-hand the optimism and confidence within the team.

“Letterkenny has established itself as the FinTech capital outside of Dublin and continues to grow ó neart go neart, from strength to strength.

“Part of this growth will rely on continued infrastructural investment by the Government. Letterkenny’s official ‘City status’ designation in 2018 will ensure that this investment will continue on a sustainable basis.

“Last week’s urban fund investment of just over €18 million in Letterkenny is proof that the designation is showing dividend,” concluded McHugh.

He said “This is very positive news for Donegal, especially at a time when our economy has been so impacted by Covid19, and I want to congratulate all those involved in making this expansion possible.

“This commitment will undoubtedly have massive benefits for Letterkenny and the entire region, and I want to wish the team at SITA all the best for this period ahead.”