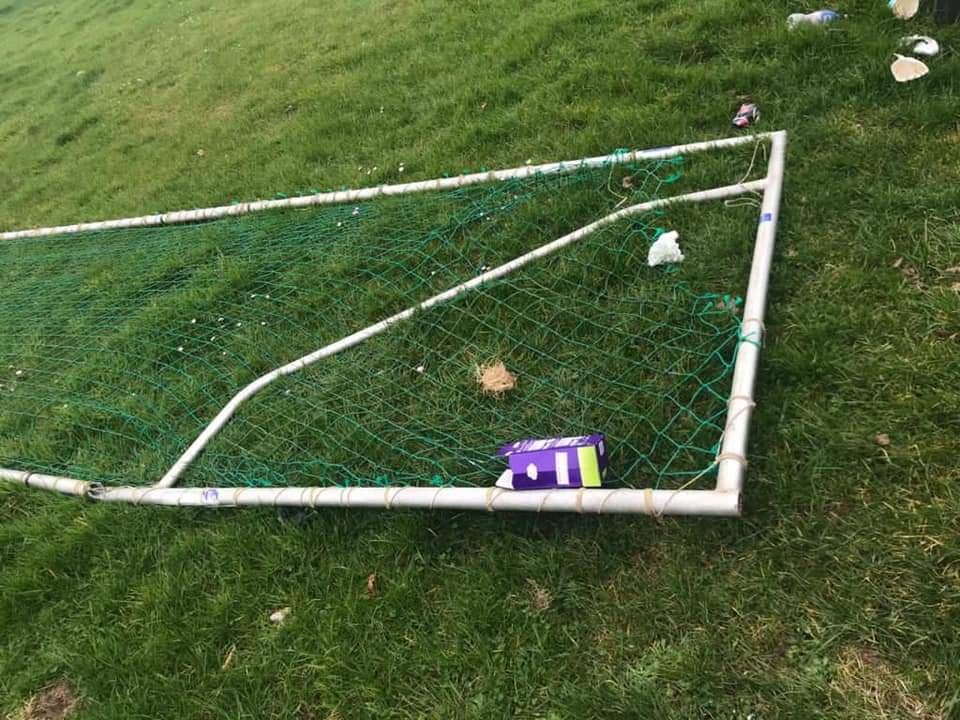 The committee at Moville Celtic FC has expressed disappointment after youths used their grounds during the lockdown and caused damage to their property.

The club said this evening it was ‘saddened’ to find that groups of youths have been using the Bayfield in recent weeks.

“Yesterday it was discovered that one of the small goalposts had been broken, another smaller net has gone missing from the pitch altogether, the outside of the changing rooms have been damaged, litter is lying around the place and the pitch has been damaged in the area that was used by the youths,” a club statement read.

“People give up their time to provide facilities for the youth in their areas and this is what some people think of the work people put in to providing football in their community.” The committee pointed out that it has never stopped people from using the Bayfield outside of club activities, but they have been left with no option after the recent damage.

“Moville Celtic FC would like to state that the Bayfield and Glencrow Park are closed and no one should be in them without the permission of the club.”