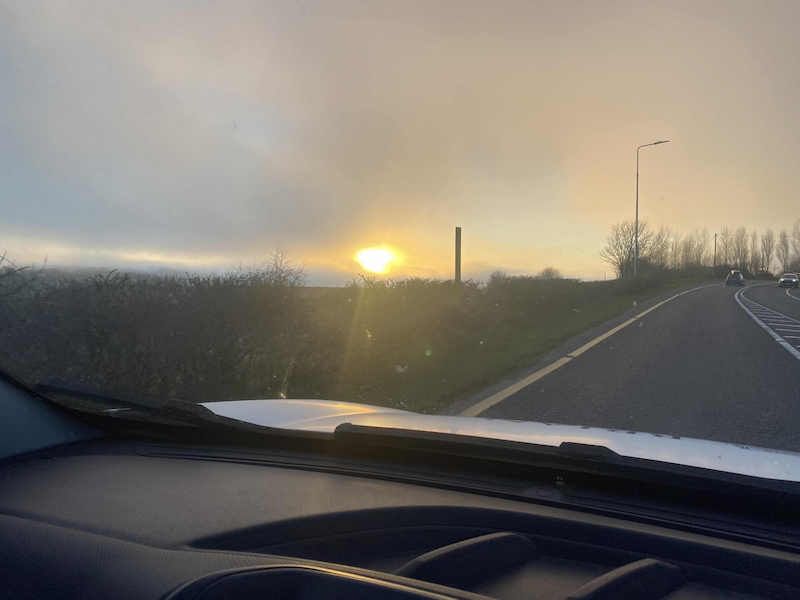 DD Motoring: I only live down the road…..

He carefully folded his Farmer’s Journal and tucked it under his arm. He steps across a busy forecourt like it was a wet field avoiding others in his path.

He was like a man that suffered a sore back. He opened the high door on his tractor and climbed up the steps into the cab.

When he got behind the wheel and the door closed, he now looked more comfortable. He pulls his glasses out of their scabbard and looks over the headlines on the front of his paper, taking the odd look out over the top of the rim as different ones pull in for fuel.

He was an older quiet man that wouldn’t feel right standing in front of a coffee vending machine, but at the same time looked as if he would enjoy a cuppa in the comfort of his cab flicking through the pages of the Journal.

Pointing to my van sitting on the forecourt, another gentleman of around the same age sitting on a picnic bench repeats my name which is painted on the panels on the van and adds in an address ‘Lifford and Strabane’, I look back at the van I have just walked away from and nod my head and agree with him.

Paying for the diesel I ask for a lotto for tonight, ‘Euro million!’ The assistant replies, I have to think about what day it is today, ‘aye that will do’ I replied but she didn’t hear me. ‘IS IT THE EURO MILLIONS you want’ the shopkeeper asked in a raised voice trying to communicate out through a Perspex Screen, I nod in approval, diesel paid for I met up with my passenger who got a takeaway for the both of us. Taking advantage of a bit of sunshine and break from our essential journey, we eat our Supermac meal on one of the benches. 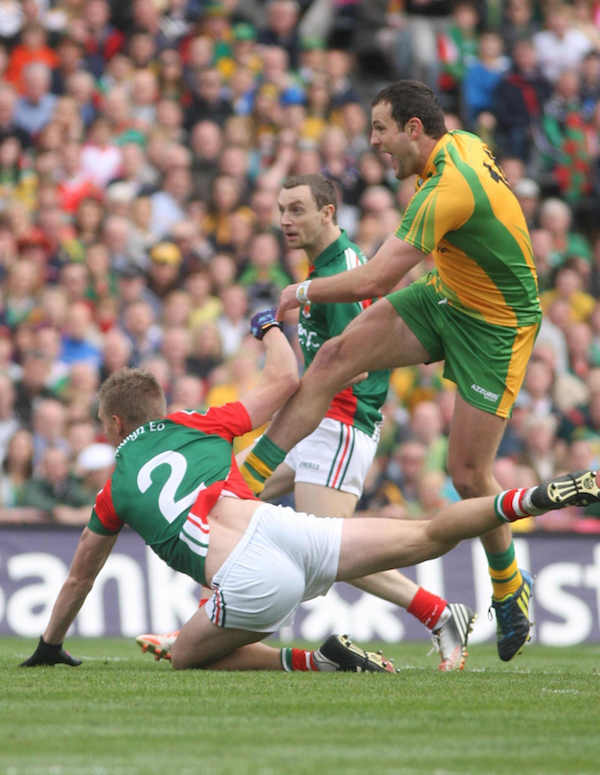 Michael Murphy scoring the opening goal for Donegal in Croke Park against Mayo in the All Ireland Final in 2012. Photo Brian McDaid.

‘Brian McDaid, Lifford-Strabane’ the gentleman says now addressing his remark to my passenger, ‘and who are you then?’ he enquired. ‘I’m Lifford / Strabane’s son, He replied jokingly as we all laughed.
Donegal -Tyrone, they’re big counties. Micheal Murphy, do youse boys know him?
He plays a bit of football’ I replied ‘you can say that, he replied
‘We beat him in Castlebar, (Micheal Murphy) so we did’
‘You’re from Cork yourself listening to that accent,” I suggested
“Nah, I only live down the road.”

We finished our takeaway and bid the man we met farewell ‘It’s a long way from Donegal, I meet a lot going through here all the way from Killybegs to hospital appointments in Galway’! ‘It’s a long journey alright’ I agreed with him as we head for the van.

As we hit the road, we talked about the man that we met and how he made friendly conversation. It was at a filling station in Co. Mayo just outside Charlestown. I thought of the contrast in the two people, one that I noticed with the Farmers Journal under his arm, in the town on what I imagined would be a routine weekly trip, meeting people that he would know and they would know him, how the town he came into every week evolved over the years.

Charlestown is on the Sligo border sharing its main street with Bellaghy over the border in Co. Sligo. Divided by the old Railway line. Then I thought of the other gentleman around the same age who was observing us, sitting in the sun eating a Supermac meal and engaging us in conversation, both living in ever-changing towns in the West of Ireland. 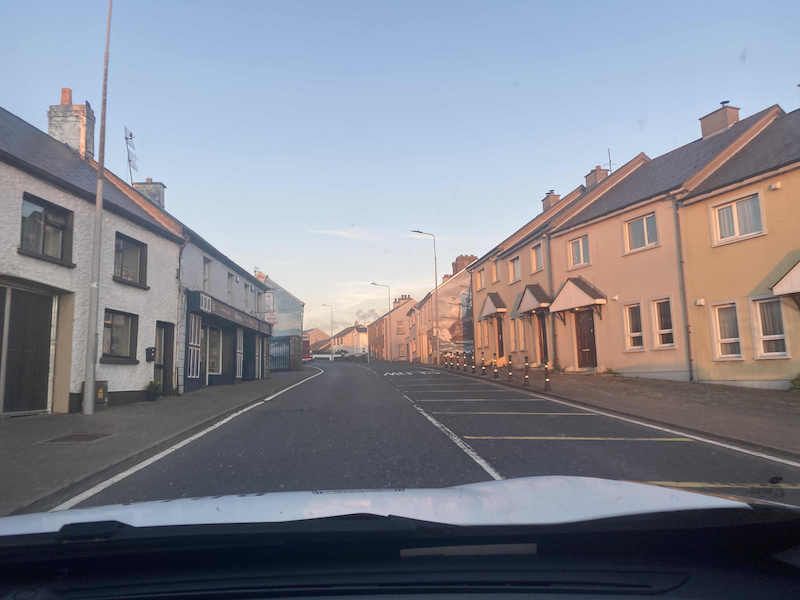 Grange in Co. Sligo one of the many village along the West of Ireland that has seen change over the years. Photo Brian McDaid.

Before we headed to Galway that morning I met a school friend while out for a walk. Normally we meet along the road most days with the nod of the head, a wave of the hand or a blow of the horn from behind the wheel of a car. This is the first time in many years we made the time to stop and have a chat. Both of us went to school together and sat beside each other in class, played football in the green at the front of Wolfe Tone Place. In the lockdown, we talk about how many wanes were in the green all them years ago and how the council never needed to cut the grass.

My school friend Paul was the best footballer in the green and as a Spurs fan all my life. I accepted his choice to become a fan of my team’s London rival Arsenal. I often thought that one day Paul would play for Arsenal such was his passion for football, I can still hear him doing the TV commentary in the green as he would tackle the ball off you or dribble it past you.

Both of us lived in Glencar all our lives but it was only in lockdown that we actually met face to face, albeit at a distance and from behind a mask. Standing there that morning it wasn’t long until we were once again working out things of the world from wondering how long Jose Mourinho was going to last at Spurs, if he didn’t get things sorted to wondering how much extra tea was drunk since the start of the lockdown. What we didn’t know was that both of us enjoyed nothing more than a cuppa to
Get the kettle on, and have the yarn. 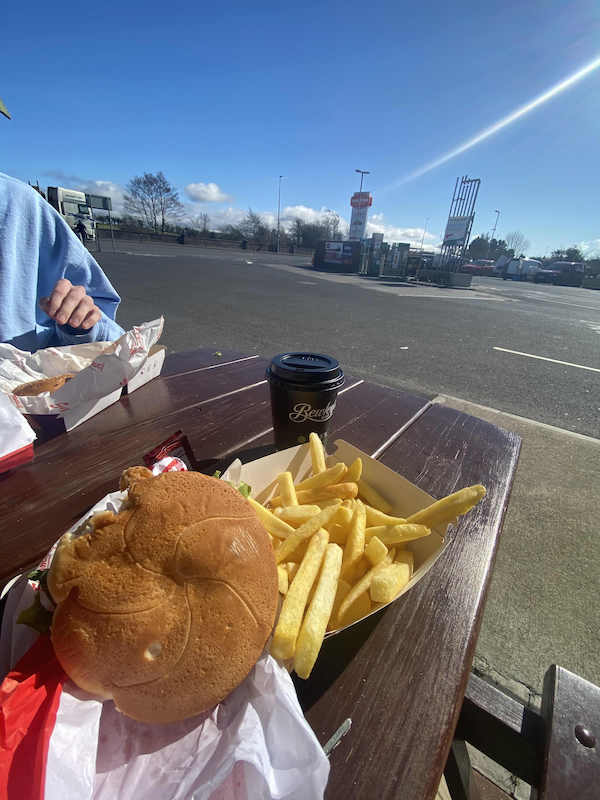 Refuelling in Charlestown on on a nessesary journey last week. Photo Brian McDaid.

As I passed through the counties and small villages including Grange in Co. Sligo where I lived for a while after I was born I looked at how these wee picturesque streets have got so quiet.

On the journey home the sun took forever to set through clouds and mist that had rolled in off the Atlantic. It reminded me of my very first journey up this road so long ago. It was on a Lough Swilly Special with my late Auntie Bida on a pilgrimage to Knock.

By day it was ‘the good front room’ or the room that Fr Mark would say his daily prayer office in. It had one chair in it, a fold-down settee. By night the room became the guest bedroom be it for Fr. Mark when he came home or his brother Johnny when he came home from Carrick On Shannon. So for the both of them they had to stagger their trips home. And on the night before a pilgrimage to Knock it was for me and my brother. A boiled egg and toast and tea properly drawn in striped mugs started us off for the day as we headed down to Knock

It was the furthest distance away from home I ever was. Sun beaming in the bus windows on a trip that Bida would organise for the Third Order of St.Francis but everyone was welcome. One was calling for weeks beforehand to pay in advance for the trip, ‘Is that me squared up now Bida’ was the greeting that could be heard at the door at the foot of the town. 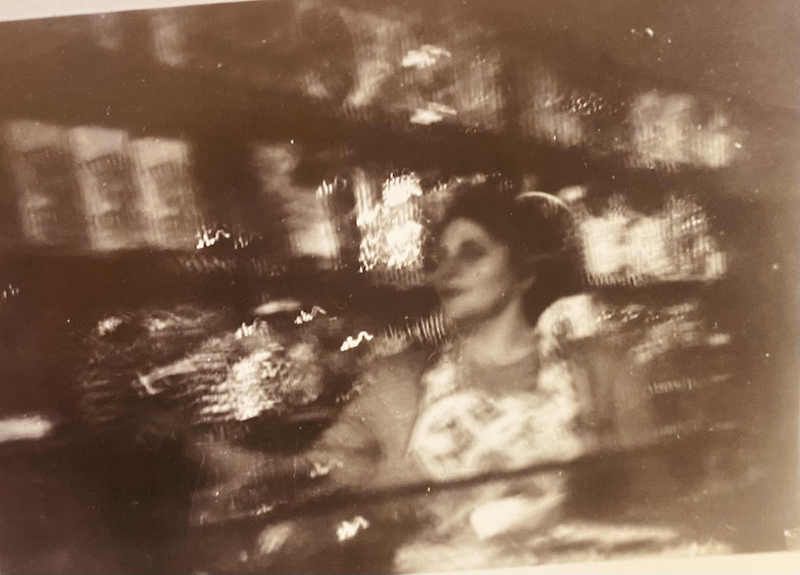 My Auntie Bida Keeney when she was younger working behind the counter.

Our journey wasn’t measured in miles but how many rosaries we could get in. Bida would be leading it but was a big Asthma sufferer. She had a wee brown bottle with a rubber pump on the top that she would take a few whiffs of and hold her breath in between rosaries.

She would say and pray to herself that the grass wasn’t cut in Knock as she also suffered from hay fever, but it always was. I still can hear a full bus of pilgrims praying and their voices all going light when the bus would hit and unexpected bump on the road, like a medium wave radio station losing its reception before returning to full volume. 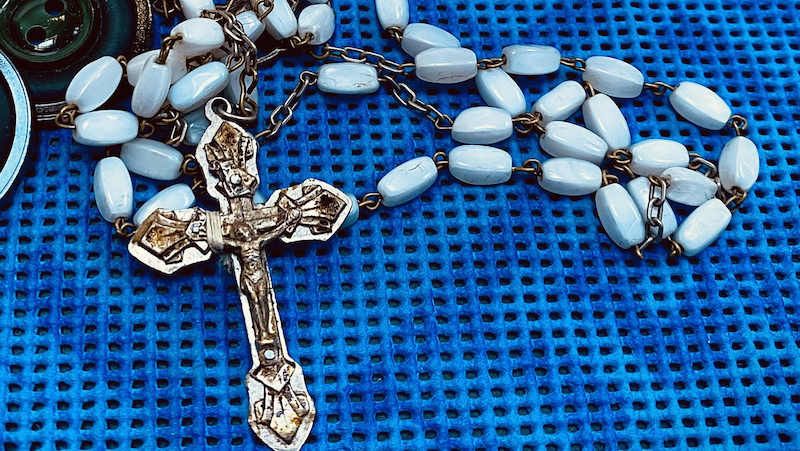 The smallest piece of string wrapped around the arm of Jesus, to repair and old set of rosary beads belonging to my Auntie Bida. Photo Brian McDaid.

I recently found Bida’s old worn rosary beads in a small brown paper bag which included a set of new green buttons for an overcoat. The buttons would have refreshed one of the ‘good coats’ she had but the buttons never got to their destination. The paper bag feels more like cloth than paper softened by moving around in a handbag for years maybe. The rosary beads are worn down, the silver has rubbed off the chain links and the crucifix has undergone some running repair. The finest of thread has been carefully wrapped around one of the arms of Jesus which came away from the cross.

In life, I was never going to say to that gentleman we met last week how close I was sitting on the grass in Croke Park the day Michael Murphy went high into the air to catch that Karl Lacey pass, and to be blessed to have captured his expression as he watch the ball leaving his boot through a double defence on its way to the back of the Mayo net. But that gentleman’s meeting reminded me of many journeys from first days at school with Paul Collier, to their big journeys to Knock on ‘Bus Bida’ long before ‘Bus Feda’ made the journey to Knock and on to the more recent All Ireland finals. 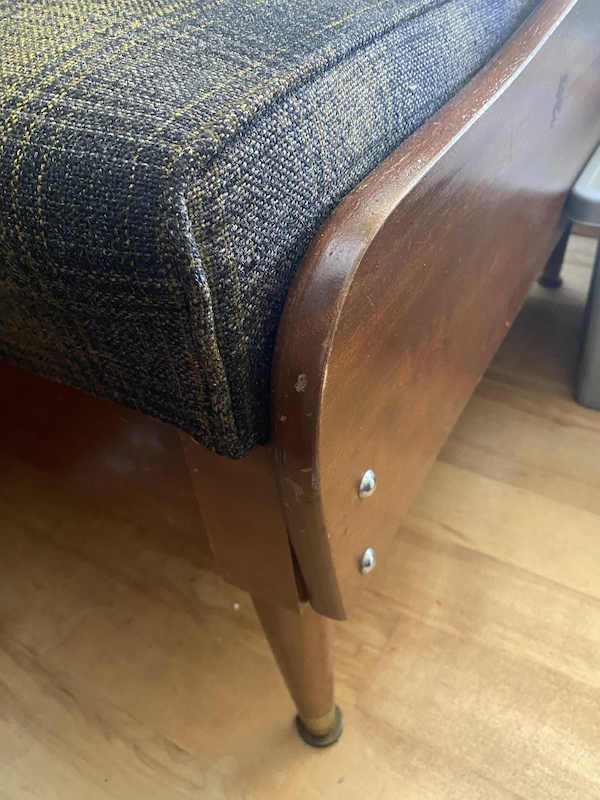 I still have the old fold down settee, it’s not used much now in our home. It’s not that comfortable to sit on or to sleep on, but its comfort is in its memories of them overnights in Bida’s and the first big road trips all of them years ago.