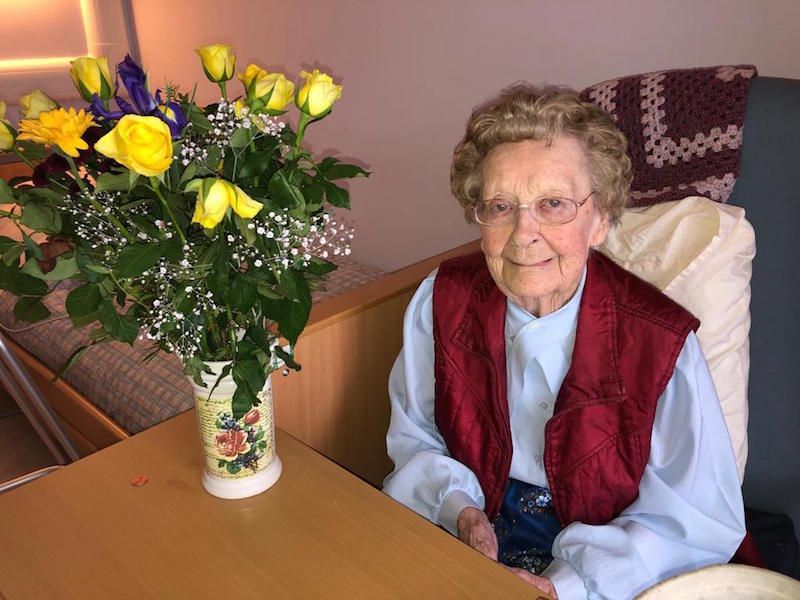 The well-known Malin woman enjoys nothing more than a good laugh and her motto – ‘No fool like an old fool’ is a reflection of her attitude to life.

Not that Tillie suffers fools gladly.

No-nonsense Tillie grew up in a time when children went to school in their bare feet and had to bring a sod of turf to keep the stove warm in the little primary school in Malin.

She has lived a long and varied life including a stint as a priest’s housekeeper in England during the Second World War.

She returned to Donegal after that and met her husband to be, fellow Malin resident Denis Monagle, a local blacksmith.

The couple had two children Mary and Martin but Denis unfortunately, passed away in 1981.

Tillie has five great-grandchildren Alanna-Rose, Eibhlin, Mollie, Fionn and Tadhg whom she dotes on.

She loves sport and also dotes on a certain snooker player – Ronnie O’Sullivan.

And when she’s not watching Ronnie sink the black, she loves nothing more than a game of soccer and any other sport really!

Her friends at the Larissa Lodge Nursing Home in Letterkenny threw Tillie a big party to mark her big day.

Needless to say, Tillie was the last to leave!

Have a great day, Tillie.