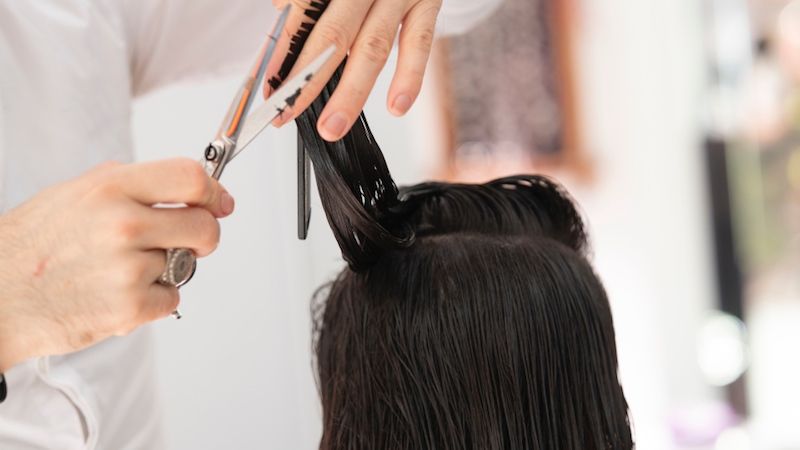 Uproar as Donegal hair salons could get chop until December

Donegal’s hairdressers and barbers may have to wait until SIX months after the rest of Ireland reopens its salons because of bizarre border Covid regulations.

Health chiefs fear cross-contamination through different hair products such as dyes, gel and other hair products being transferred through people crossing borders.

People across the rest of Ireland could be back getting their hair cut, washed and blow-dried at their local salons by the middle of May.

However, Donegal and other border counties may have to wait until a full SIX months after that date which means it will be DECEMBER before people locally can get a trim.

However, those in the industry say people could take to the streets in protest if they do not get their luscious locks sorted sooner rather than later.

Buncrana hairdresser Mary Hairity said people are going to be up in arms when they hear the news.

“It’s an absolute disgrace. Donegal people are being left to suffer again and all because they live along the border.

“I knew they were worried about hair products because different regions have different ingredients but six months for a hair dye to settle or gel to dry is ridiculous,” she said.

He revealed he has already been offered €150 for a trim by a man who hasn’t been able to get his hair cut since the country first went into lockdown in March 2020.

He said “I really pitied him. His hair is past his shoulders now and his workmates are starting to ignore him.

“He works in a local supermarket and he has to wear a hairnet because his hair has got so long.

“He offered me €150 but I couldn’t break the law. God knows what he’s going to be like if he has to wait another six months.”

Gardai in Donegal’s border stations are to be deployed with special chemical-detection equipment to detect people traveling to Derry and returning with fresh haircuts during the ban.

Fines are being considered but the Government has not made any decision on this yet but could later today – April 1st.

Uproar as Donegal hair salons could get chop until December was last modified: March 31st, 2021 by Staff Writer