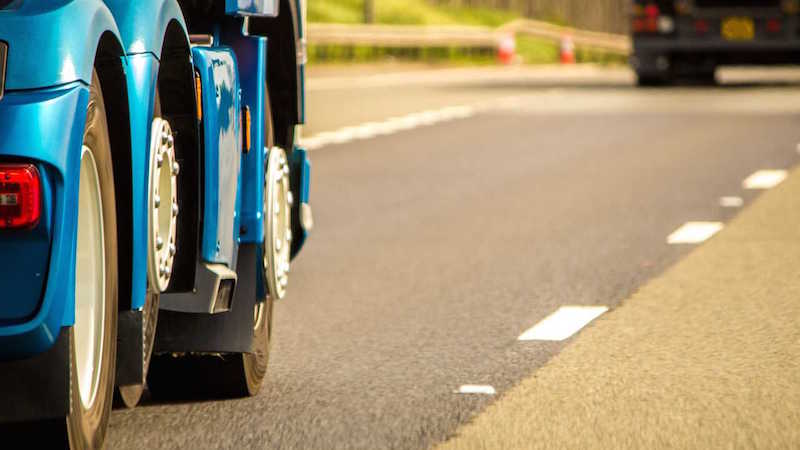 A Donegal haulier whom a judge described as “an unscrupulous fraudster” has been told to come up with €15,000 by next Thursday or face 20 months in jail.

Sligo District Court was told how Edward Jason Sutherland Taylor with addresses at Rathneeeny, Laghey, and Kinlough, Leitrim had sent his lorry drivers on the road with false insurance certificates for a period of almost four years, from 2015 to 2019.

Those drivers were then prosecuted for driving with no insurance and there were some claims as a result of road traffic accidents.

Those prosecutions against all the innocent drivers, who were all legally represented, were all struck out.

Taylor faked the insurance discs at one of his businesses, Total Logistic Solutions, Portnason Ballyshannon and also had fake Bulgarian insurance discs which did not cover his innocent drivers, the court heard.

He used colouriser, photocopying and computer equipment to make up the false insurance discs, the court heard.

In sentencing the 46-year-old father-of-four, Judge Kevin Kilrane said the defendant had
“hung his drivers out to dry”, and caused them “mayhem and chaos”.

The judge said Taylor was running his business on complete and utter fraud.

“He will do anything to keep his wheels moving,” the judge said.

The judge said Taylor set out to defraud everyone and misled his drivers and gardai.

“Even at this late stage will you please tell the truth,” he said.

The judge said that one of Taylor’s drivers Deane Vance has “suffered grievously” as the defendant did not tell he had been banned from driving in his absence in Tuam.

Judge Kilrane said there were some third- party claims against vehicles that were uninsured.

Judge Kilrane said the only way that Taylor could avoid 20 months in jail was to come up with E15,000 by next Thursday.

The defendant said he had no money as he had a large tax bill from Revenue and many other creditors.

But Judge Kilrane said that with Taylor’s record of surviving, he had every confidence that the defendant would come up with the cash.

Judge Kilrane said that even today Taylor was still ducking and diving and had not admitted that he had a 2020 4 by 4 vehicle.

Taylor said it was through finance, but the judge said in order to have finance you needed a clear financial record.

The defendant said the vehicle was his partner’s.

Judge Kilrane said he was going to ban Taylor from driving for 12 years.

“You won’t be driving any kind of vehicle for a long time.”

Taylor pleaded guilty to driving a lorry with no insurance at Drumderry, Castlebaldwin on April 9 2019.

He also pleaded guilty to exhibiting a colorised imitation of an insurance disc at the same location and date.

He also pleaded guilty to being the owner of a vehicle at Cleveragh Demesne on April 11 2019 which was used by Dean Vance, that had no insurance.

He also pleaded guilty to using a colorised imitation of an insurance disc on the same date and location.

The defendant pleaded guilty to being the owner of a vehicle which was used by Christopher Gallagher which was not insured on the same date and at the same location.

He also pleaded guilty to using a colourised imitation of an insurance disc on the same date and location.

The defendant pleaded guilty to being the owner of a vehicle that was used by Craig Cullen and was not insured on April 11 at Cleveragh Road 2019.

He pleaded guilty to using a colourised imitation of an insurance disc on the same date and at the same location.

The defendant pleaded guilty to the fraudulent use of a registration mark 10 SO485 on a White Volkswagen Crafter Van at Portnsaon on May 16 2019.

And he pleaded guilty to being the owner of a vehicle used by John Sheerin that had no insurance on the same date and at the same location.

He also pleaded guilty to being the owner of vehicle used by Dean Vance that had no licence on April 11 Cleveragh Road, 2019.

Charges relating to Carl Lafferty (45) of Navenny, Ballybofey, Co Donegal for being the owner of a vehicle that was driven by drivers who were not insured were also stuck out.