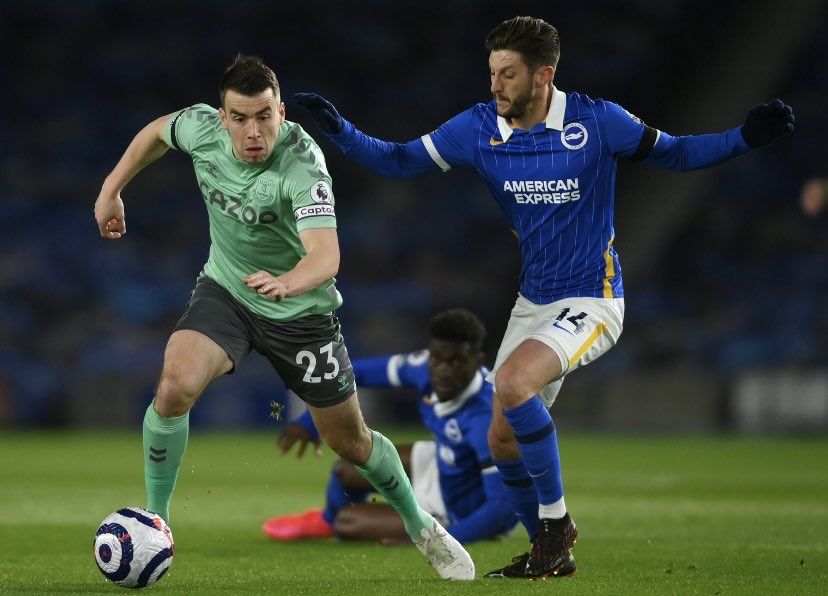 Seamus Coleman: Missing out on Europe would be ‘massive disappointment’

SEAMUS Coleman insists that Everton can qualify for Europe this season.

The Toffees were held to a 0-0 draw last night by Brighton at the Amex Stadium with Everton having claimed just two points from their last four outings.

“We’re six points off fifth with a game in hand so we have something to play for between now and the end of the season,” captain Coleman said.

“It would be a massive disappointment to miss out on Europe. We’ve been given opportunities by other results this season and we just needed to look after ourselves and we’d be in a different position.

“That would be a disappointment, but we have full belief in the manager – who has massive experience – and we have something to play for.

“It’s up to myself and a few of the experienced lads to keep that morale high at all times. It can be difficult if results aren’t going well. We’ve got a top manager and we have some great players and it’s just about the results at home that we need to brush up on massively.”

A raft of injuries have not helped Carlo Ancelotti’s cause with Dominic Calvert-Lewin their latest absentee last night.

Coleman said: “We don’t want to be harping on about injuries – there are plenty of other teams doing that – and it’s part and parcel of the Premier League season. Injuries happen. Unfortunately we have missed quite a few lads through injury. It’s about the players that are playing.”

Everton host out-of-form Tottenham Hotspur on Friday night and Coleman believes that the fabric of the club must be impressed on the club’s new faces and emerging youngsters.

He said: “Everton is a different football club. They don’t want to see players walking around the pitch if things aren’t going well; they want everyone to dig in together and buy into the club.

“This is a big football club and it’s had success. It’s important when we sign new players that they understand that quite quickly.

“We’re just waiting to break that barrier that has been in our way. It might be after my time, but we want to make sure that we do all that we can to leave the club in the best place possible.”