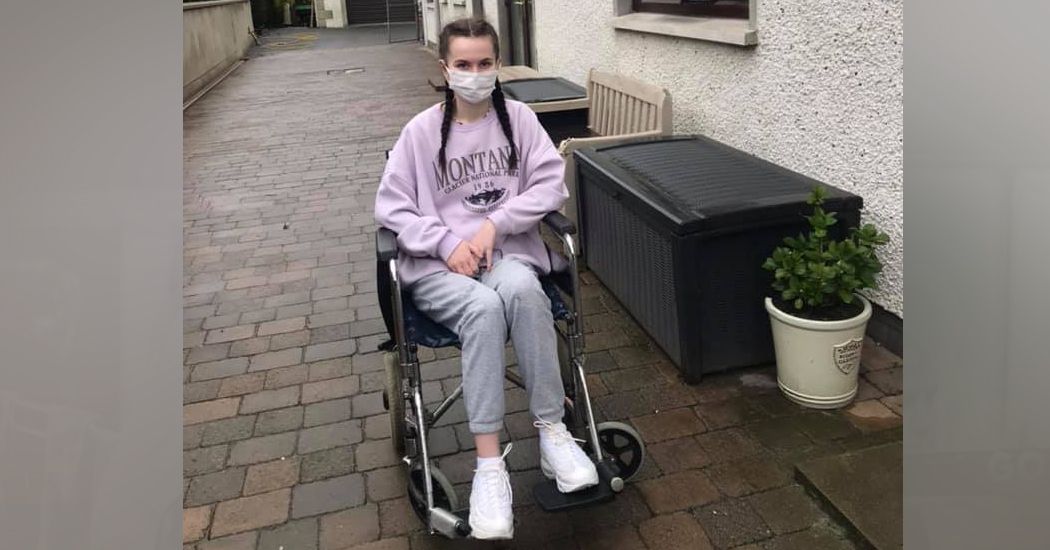 Raphoe teenager Kacey Blackburn has returned from Turkey where she had life-altering surgery.

The brave teen even managed a smile after arriving home after having marathon spinal surgery in Instanbul.

A spokesperson for the ‘Help Kacey Be Pain Free’ group wrote on their Facebook page “Look whose home. Poor Kacey has had a long day, she’s tired and sore, but still managed to smile for us.”

She was inundated with good wish messages on social media after arriving home courtesy of the Bumbleance ambulance service.

Kacey needed corrective surgery after being diagnosed with Idiopathic Scoliosis, a condition that has forced her to give up football.

She required a double row, double curve spinal surgery and, due to growth, there is a limited time window for the procedure.

The operation is only available in Turkey and Kacey and her family flew out last week to have the surgery. 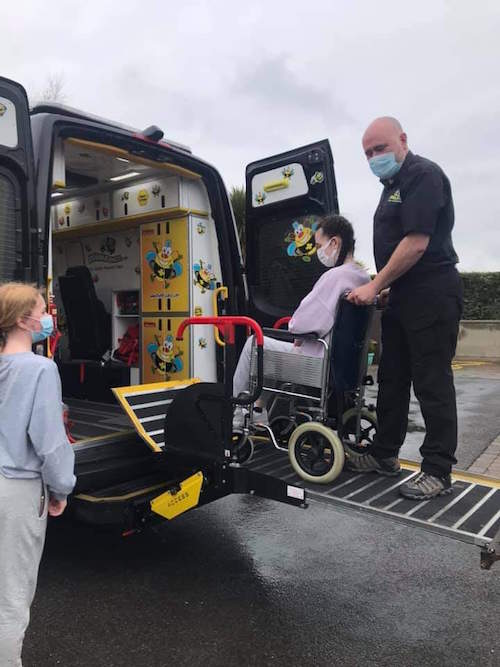 A spokesperson for Kacey’s campaign said previously how they were blown away by the public’s generosity.

“Words are not enough to express our gratitude to each and everyone of you who have donated, liked, shared, and sent well wishes to the family,” the spokesperson said.

“They are truly grateful and blown away by the generosity that people have shown. Again, thank you all for your continued support as Kacey starts the beginning of her medical journey.”

The teenager has two curves in her spine which were progressing daily before the operation.

Idiopathic Scoliosis can occur in adolescents who go through a growth spurt in early teens and the condition affects girls eight times as often as it affects boys.

More than €40,000 has been raised on a GoFundMe page that has been established. You can click here to donate: https://www.gofundme.com/f/help-kacey-be-pain-free