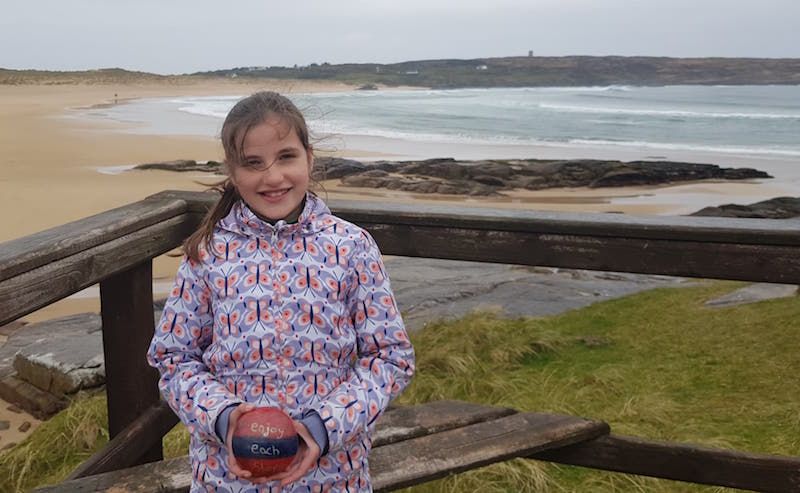 A young Mullaghduff girl has created a series of ‘Smile Stones’ which are placed along the picturesque boardwalk at Mullaghderg Beach in West Donegal.

Keela Kavanagh started the painting of stones in her Birmingham, UK school a few years ago and when she moved with her parents back to Donegal two years ago, she kept up the hobby.

Then when Covid-19 emerged this year, 10-year-old Keela, now a pupil at Annagry Primary School, decided to use the local pebbles, paint them and inscribe inspirational quotes of hope.

She placed them along the popular boardwalk, and they became a feature for the hundreds who use the boardwalk on the way to the rugged Mullaghderg beach which is overlooked by the Tower in Kincassalgh. 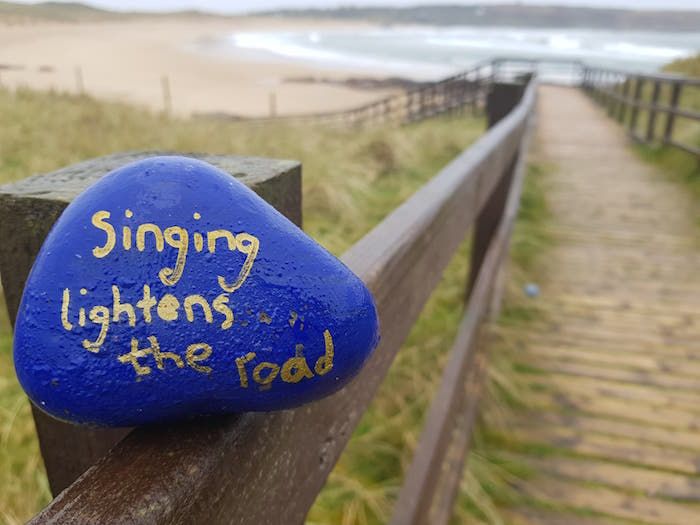 Her Grandad is Owenie Boyle from Mullaghduff, still a hail and hearty farmer, who played for Dungloe, Donegal and Ulster GAA teams in the 50s and 60s.

Keela who likes music by Picture This, Dermot Kennedy and listens to Ed Sheeran ‘because my Mum likes him’ likes coming down to re-arrange the ‘Smile Stones’ and changes the design and quotes often.

She would also like to hand paint inspirational quotes on recycled cards and sell them for charity this summer. Asked why she decided to do this here at Mullaghderg she said.

“I just wanted to help put a smile on people’s faces during Covid”.

She has achieved that without doubt. Well done Keela Kavanagh. 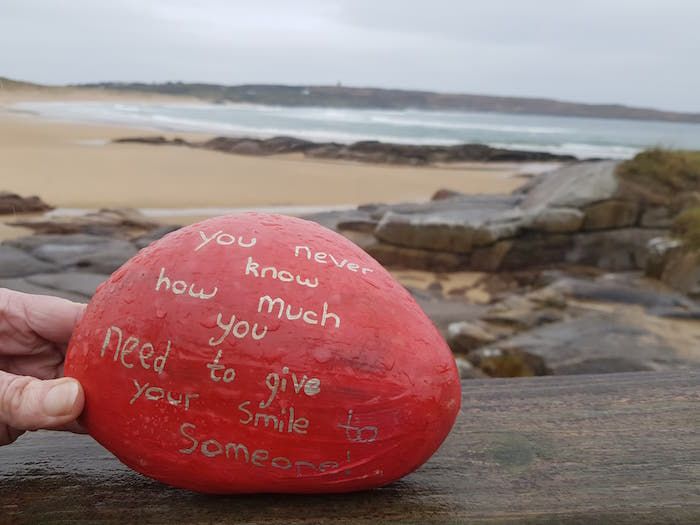