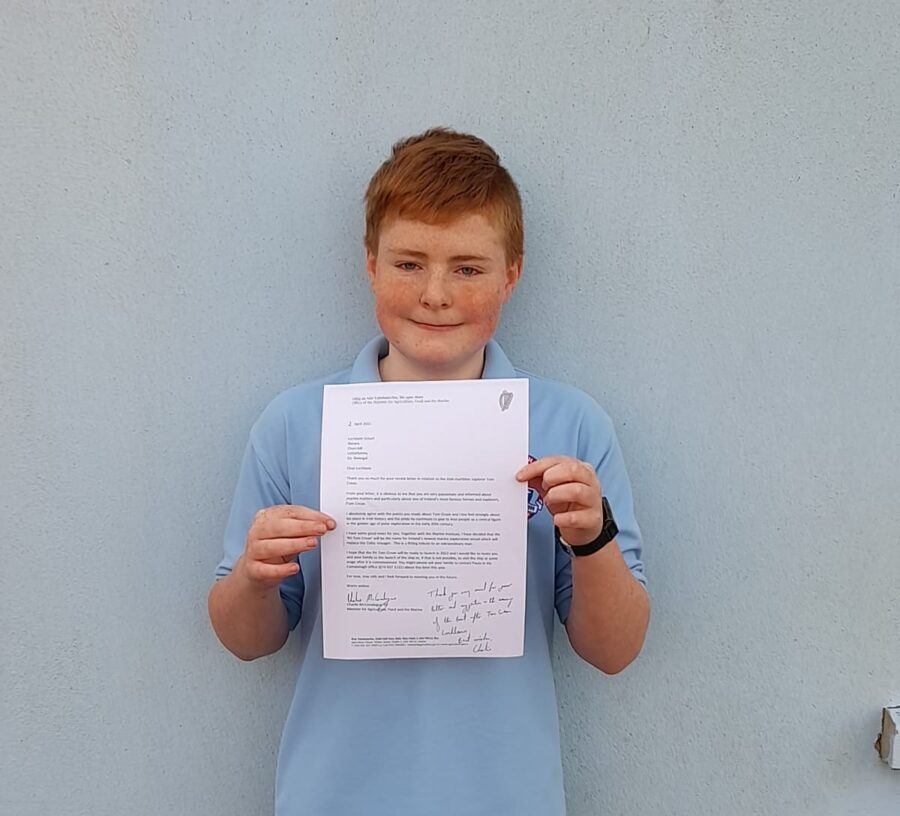 Lochlann Scharf (12) came up with the idea having studied the life story, depicting the bravery, valiant exploits and courageous expeditions of the Kerry native.

Crean was a member of three major expeditions to Antarctica during the heroic age of Antarctic exploration, including expeditions with Sir Ernest Shackleton and Robert Falcon Scott.

A 6th class pupil from Stramore NS, Glendowan, Churchill, Lochlann wanted to ensure that the incredible, yet understated feats of this humble Kerryman are not forgotten by the Irish people. 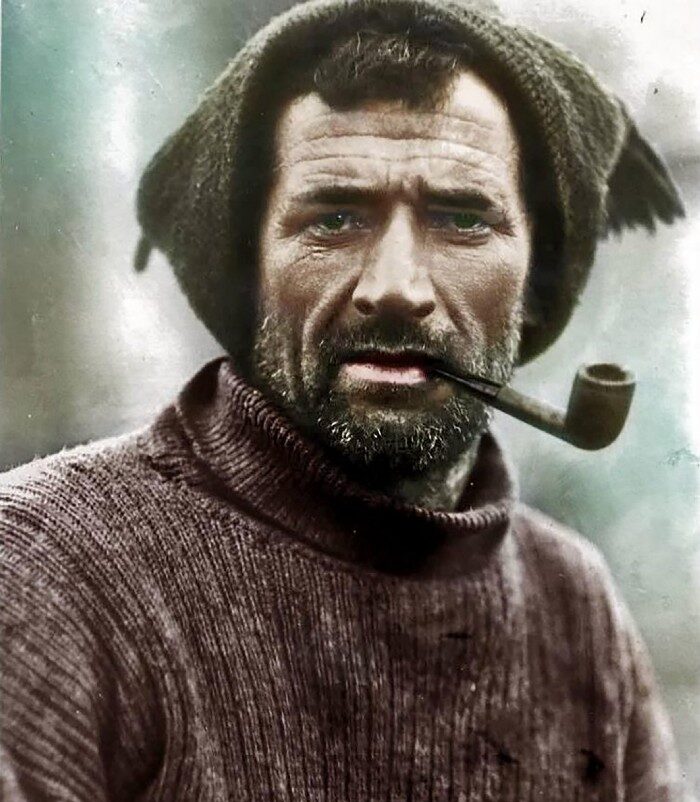 As part of a persuasive writing school initiative, he decided to write to the Minister for Agriculture, Food & the Marine, and fellow Donegal man, Charlie McConalogue.

He wanted to persuade McConalogue to name the newest Irish marine exploration vessel after Tom Crean.

And he did just that. Lochlann recently received a letter from the Minister stating: “I have some good news for you. Together with the Marine Institute, I have decided that the ‘RV Tom Crean’ will be the name for Ireland’s newest marine exploration vessel which will replace Celtic Voyager. This is a fitting tribute to an extraordinary man”.

So, thanks to Lochlann, the new ship will be known as the RV Tom Crean!

Not only that, but Lochlann and his family, Annemarie and Thilo, have been invited to the launch of the ship next year.