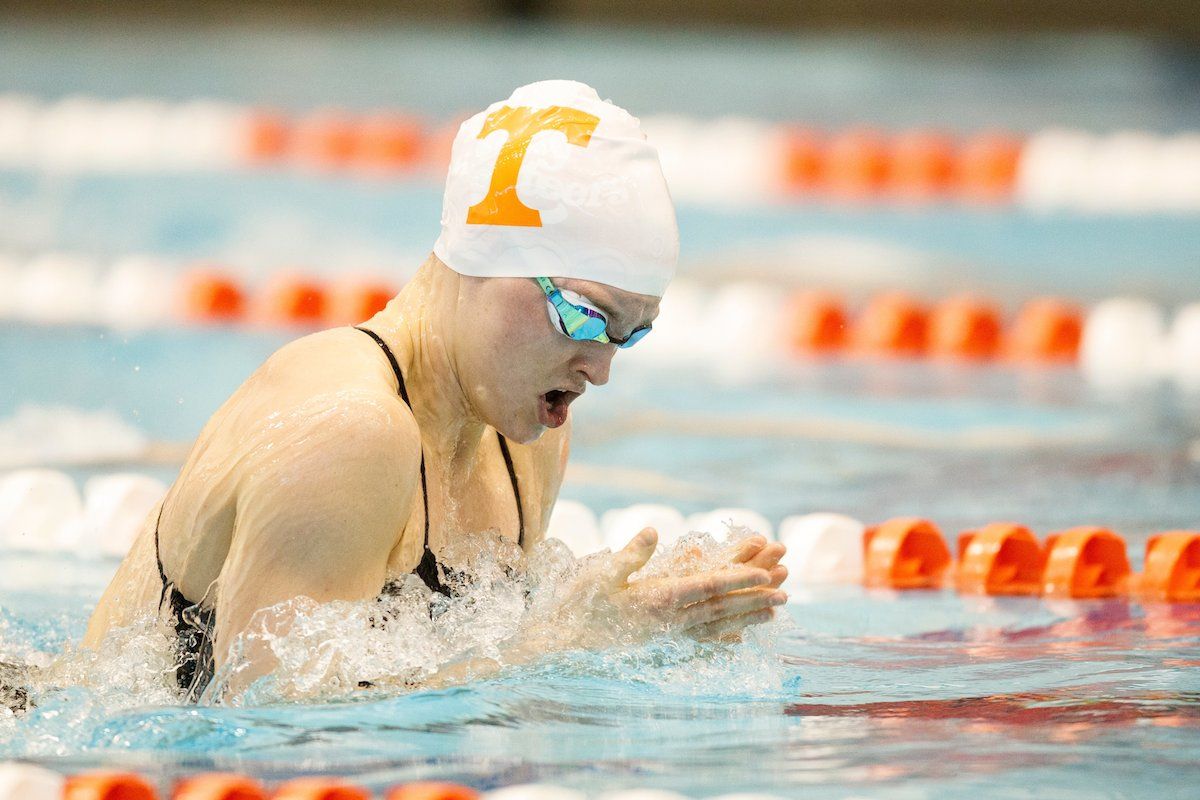 MONA McSharry smashed her Irish 200m breaststroke record and was within inches of Olympic qualification in a second event.

Already qualified in the 100m breaststroke, McSharry lowered her 200m Irish record to 2:25.92 in her heat at the Irish Olympic Trials.

Swimming out of the Marlin’s Swimming Club in Ballyshannon, the now-Tennessee-based McSharry came through 100m in 1:10.38 and looked set to seal an Olympic spot.

McSharry was just four tenths of a second away from the qualification time, but will go again in a semi-final this evening.

“I was just thinking to the race and I was so close to the FINA A time. it’s frustrating when I think on one or two things that I might have changed.

“I’m really used to doing multiple events and I pride myself in keeping something in the can to keep going.”

McSharry will dissect the race and plan for this evening’s semi-final with Grace Meade, her coach.

McSharry needed a two-second drop from her 2:27.44, set while she was only 16 at the 2017 European Junior Championships in Israel.

Earlier in the week, McSharry twice beat the Olympic qualifying time and lowered the Irish record each time in the 100m breaststroke.

In her heat , McSharry went 1:06.97, confirming her place, before besting that again with a 1:06.29 semi-final – the seventh fastest time in the world of this current Olympic cycle.

In the final,McSharry eased to victory in 1:08.92, noting that she used that race as preparation for her 200m attempt.

Last autumn, McSharry moved to take up a scholarship at the University of Tennessee and was in excellent form earlier this year Stateside.