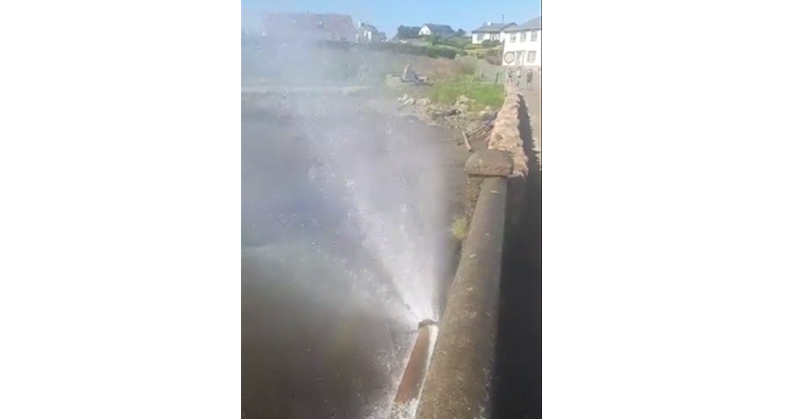 The burst has occurred on the bridge at Caladh Sheimí.

It is not yet known how many local homes and businesses have been affected by the burst.

He added that more investment is needed in the area and claimed: “This is an example of neglect of successive governments through the years to invest into our water infrastructure and their ongoing attempt in latter years to then blame the public by their stance in refusing to accept water taxes.”