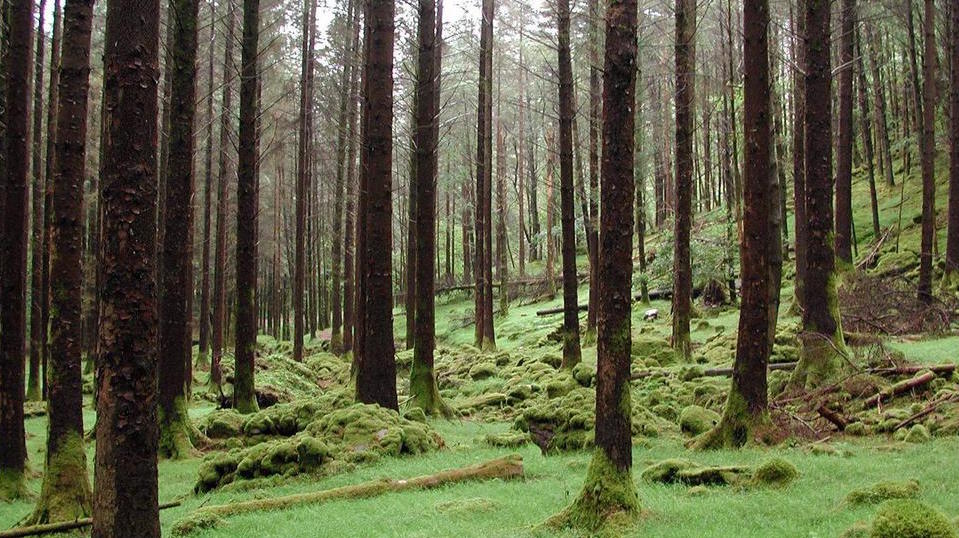 Inishowen Green Party members have called for a tree planting initiative across the peninsula as a way to tackle biodiversity loss and carbon dioxide emissions.

Their goal is to encourage the planting of “continuous cover forestry” using native tree species rather than the Sitka pine trees that are currently used in many areas.

The activists are planning to seek funding, but according to Chairperson Michael White the first step is to reach out to other groups and individuals so they can coordinate with them to achieve maximum impact.

“There are already lots of groups and individuals across Inishowen who are actively planting trees” says White.

He added “We’d like to coordinate with them and with farmers, public bodies, schools and private companies so we can develop an unbroken band of trees that stretches from Malin to Burt”.

Party members have produced a simple map to help illustrate the idea of a “corridor” of trees.

“Planting large numbers of trees is one of the fastest and cheapest ways to remove CO2 from the atmosphere and it also helps us tackle the loss of wildlife and biodiversity in Inishowen at the same time.

“Today there are mostly isolated pockets of trees around the peninsula, and that isolates the wildlife that lives there. Joining up these ‘islands’ of trees would provide a big boost to species of plants and animals that are under pressure in Inishowen”.

In the past 40 years wildlife populations have declined by about 60% due to habitat destruction, pollution, growth of invasive species, land use change and climate change according to the World Wildlife Fund.

Two thirds of our native Irish birds and half of Irish bee species are at risk. And there has been a massive drop – up to 75% – in insect populations.

“This kind of decline has never happened before – it is something we need to be worried about. But we don’t have to let it get worse – there are steps we can take to fix the problem.

“People across Inishowen are already doing great work, for example the ‘Pollinator’ awards won by Buncrana for its flower planting initiatives. Planting a band of trees could really boost this biodiversity”.

Greens want ‘Band of Trees’ across Inishowen was last modified: May 3rd, 2021 by Staff Writer