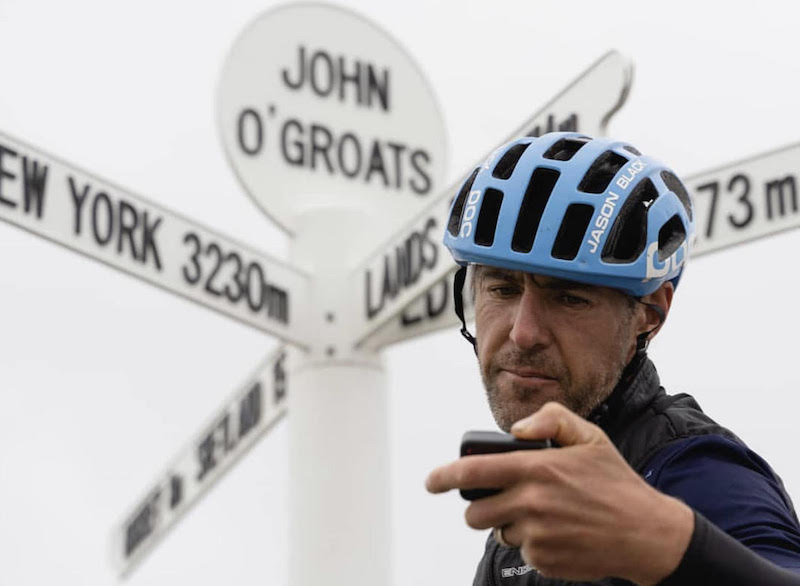 A total of 65 Athletes undertook the brutal non-stop race through the Yorkshire mountains completely unsupported.

The athletes had to follow a preset GPS course with the use of a handheld device and secure food in local villages as they raced on.

Racing from Arnside in Cumbria to Scarborough on the East coast and back, Black finished in a time of 43 hours.

Black, no stranger to the battles of endurance was at the sharp end, leading for most of the race.

At 300km, the midpoint in the race a small group of six athletes had pulled out a lead on the rest of the field and looked to be the strongest contenders for the win.

Catching up with Black post-race he was delighted with his performance.

“I was delighted with how my body responded to the brutal nature of the race, the environment really was relentless, but the weather was kind. The night sections were the toughest with the isolation and bitter freezing cold.

“There were times within the race it became so mentally tough I just needed to keep moving forward. It was a huge challenge to find food and navigate. The highlight was the sunrise at 5.45am the views were spectacular over the dales.

“My race went as planned and I kept my food simple and available. I ate 25 jam sandwiches 4 snickers 2 pots of rice pudding and stumbled across a small Eccles Yorkshire cake which soon became my food of choice.

“I suffered a small set back with a fall coming off a mountain section but I don’t know what was more hurt my wrist or my pride but I just broke down laughing at myself, dusted myself down and raced on.”

Black’s 2021 endurance race season moves now to the 2500k Transatlantic way race in June and the GB duro lands-end to John o’ Groats in August and finishes with the two volcanoes race to the top of Mount Etna in October.