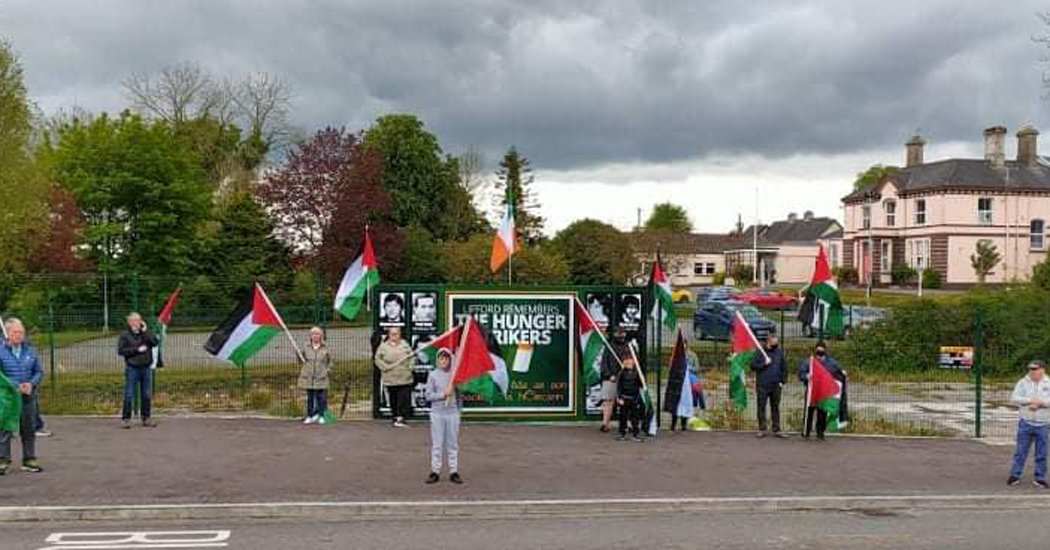 Donegal demonstrations send solidarity to the people of Palestine

A peaceful rally took place in Lifford today in solidarity with the people of Palestine.

The Palestinian flag was also raised in Inishowen and at the Donegal Sinn Féin offices in Letterkenny.

Meanwhile, violence rages on in the Gaza Strip, where the Israeli army has attacked with air strikes, while Palestinian rockets are fired into Israel. The conflict has been described as the worst since 2014. An estimated 139 people, 40 of them children, have been killed in Gaza and nine people, including two children, have died in Israel.

Since the escalation began six days ago, some 10,000 people, mostly children, have been displaced.

Members of the McLaughlin/McGinn Sinn Féin Cumann, Lifford and the John James Kelly/Damien Brolly Cumann, Castlefinn said their demonstration today was to show support and solidarity with the beleaguered people of Gaza and East Jerusalem.

They said: “It’s poignant that we gather here today the 15th May on what is the 73rd anniversary of Nakba- that day in 1948 when an estimated 300,000 Palestinian people were displaced from their homeland.

“Six million Palestinians now live in exile throughout the world. The Arab word Nakba means catastrophe and we have witnessed over the past 6 days the catastrophe of the deliberate continued Israeli campaign of heinous genocide waged against the communities of Gaza, and in particular East Jerusalem, while the International world stands idly by. The silence of the rest of the world is a catastrophe in itself.” 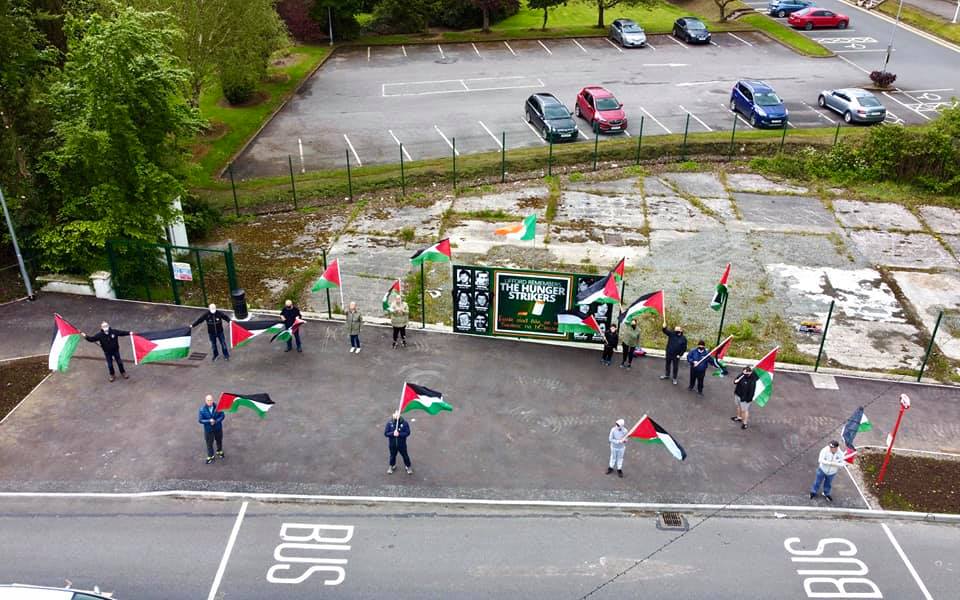 “We Republicans know only too well the pain and suffering of being an oppressed people, and as we stand here in front of this memorial to our dead hungerstrikers we are reminded of the support of the Palestinian people for the heroic prison struggle of 1981, and for our own struggle of liberation against the forces of occupation.

“The Palestinian struggle is also our struggle and today we send our solidarity from this spot in Lifford to our brothers and sisters in Gaza and the occupied territories. We demand an end to oppression, an end to apartheid, and an end to illegal settlements. We demand self-determination and freedom for Palestine!”

UNICEF Palestine has said: “The scale of violence is massive. Children are bearing the brunt of this escalation. All sides need to step back and end the violence. All sides have an obligation to protect civilians – especially children – and facilitate humanitarian access.  The underlying triggers for this violence will not be resolved through further violence.”

Donegal demonstrations send solidarity to the people of Palestine was last modified: May 15th, 2021 by Staff Writer